Car club services are driving towards pole position in the urban transport market and could end up overtaking car ownership and traditional rental services with city-dwelling customers. James Walker reports 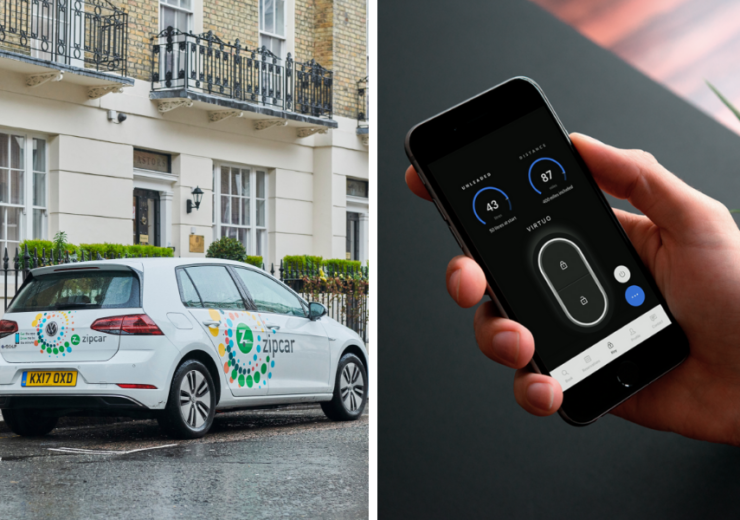 Most car owners will tell you the price of buying a car is the first bump in a mountain of costs.

When adding together insurance, MOTs, road tax, breakdown cover, repairs, petrol and parking fees, they can add up to a little less than the sum of buying a cheap second-hand car every year.

Car insurance premiums in the UK cost £485 a year on average, according to the Association of British Insurance, while comprehensive motor insurance went up by 10% between the third quarters of 2016 and 2017.

Avoiding sharp hikes in such costs is just one draw of car club services, which take care of these as the registered vehicle owners and offer affordable hiring fees that could make more sense for city dwellers who only use cars for weekend trips and running errands.

Depending on what plan you select, hiring a Zipcar can cost £5 an hour while Virtuo offers access to a Mercedes from £35 a day.

DriveNow lets you rent a Mini or BMW, charging 33p on a minute-by-minute basis.

“[Car clubs] question one part of the dominant paradigm – the link between car ownership and economic prosperity – and offer a vision of a different transport system, possibly with lower travel, but with mobility intact,” write Noam Bergman, Tim Schwanen and Benjamin K Sovacool in their 2017 paper Imagined people, behaviour and future mobility: Insights from visions of electric vehicles and car clubs in the United Kingdom.

“This maintains people’s right to travel and their access to efficient transport.”

As motor ownership in big cities has collided with smartphone apps and litanies of charges, the car club is racing towards the automotive market’s pole positions.

Offering users the chance to hire cars on-demand through an app, usually at any time of the day and at short notice, the car club service meets an obvious need of the Uber generation.

The potential of the emerging market has fired up a drove of car club start-ups that can see themselves pulling up beside traditional car rental giants like Hertz, Europcar and Enterprise in the near future – and eventually overtaking urban car sales.

Big-name investors have flocked to the firms. US-headquartered Zipcar was snapped up by traditional car hire firm Avis in 2013, while French car-sharing start-ups Drivy and Virtuo have bagged $43.3m and $10.9m respectively from investors, according to Crunchbase.

Perhaps a testament to the future of the car club, Drivy and Virtuo have received financial backing from investors with household names on their portfolios – including Citymapper, Deliveroo and Facebook.

But these companies are not just competing with one another – they are also up against major manufacturers like BMW, Cadillac and Porsche, which have ploughed funds into the car club sphere, likely to alleviate the fall in city-dweller car ownership.

“The car-hire firms and the auto manufacturers will have to participate in the growing mobility as a service (Maas) market,” says IHS Markit director of automotive technology research Egil Juliussen.

“Essentially, the auto manufacturers have to learn to sell vehicle miles via MaaS in addition to selling vehicles.”

It’s no wonder they’ve entered the market when you look at take-up figures.

Speed through three years and Zipcar alone has more members than the entire UK car club market in 2015 – boasting of 215,000 members in London.

Predictions for the global car club market are even more staggering.

Market researcher Frost & Sullivan says the international car-sharing market is expected to grow from seven million users in 2015 to about 36 million car club members by 2025.

What has driven road users to car club services?

A growing interest in car access over car ownership identified by Frost & Sullivan is the crux of recent car club service growth.

While the UK automotive industry’s turnover stood at £82bn in 2017, fewer cars were registered in the country than in 2016, and eight out of ten cars manufactured in Britain were exported, according to an SMMT study.

Back in 2011, local authority Transport for London reported there were just 2.56 million licensed cars in the capital – marking an average of 0.3 cars to every one adult.

Its analysis also found that almost half the city’s households did not own a car, while a further 40% had just one vehicle.

“Generally speaking, in all the big cities of the world, there’s less interest for owning a car,” says Virtuo co-founder Karim Kaddoura.

“But at the same time, the car as a means of transportation still rules the game for long-distance trips.”

IHS Markit’s Egil Juliussen believes autonomous vehicles could eventually be a game-changer in the mobility world.

“MaaS has grown dramatically in the past few years and will continue to grow strongly for decades—especially as autonomous vehicles will be used for ride-hailing,” says Egil.

“Autonomous vehicles-based MaaS will eventually lower the sales of new vehicles and the the autos-in-use, but it is at least a decade away.”

Cambridge start-up FiveAI announced in August it intends to launch a driverless car-sharing service in London, with a trial set for as early as next year.

Co-founder Ben Peters said at the time: “We believe that autonomous vehicles will be many times safer than human drivers, and this data-gathering phase is a vitally important step towards making that a reality.

“By supporting London’s transport objectives with a shared driverless car service, FiveAI can play a crucial role in reducing congestion, emissions, incidents and the cost and time of journeys to benefit all Londoners.”

There’s also an appeal to short-distance car journeys in cities, as can be seen in the rise of ride-hailing apps like Uber and Lyft, as well as the growing user base of Zipcar – a car club geared toward short-distance city trips.

A 2017 Capgemini survey of 8,000 people across eight countries found that a third considered ride-sharing and taxi apps a workable alternative to owning a car – while 50% said they would consider using such services.

Smartphone ownership was dubbed a major driver of the car club market by Frost & Sullivan, but the costs of having a car better explain moves towards access over ownership.

Transport authority backing of car club brands over the past few years also goes some way to explaining their growth.

As cities like London contend with growing pollution and congestion as their populations rise, car-sharing services offer some relief.

Research by the Transportation Sustainability Research Center at UC Berkeley found that every one car belonging to a sharing service took as much as 11 cars off the road, while taking 13 tonnes of greenhouse emissions out of annual pollution figures.

Transport for London has had a particularly open-arms approach to car clubs.

On its website, the authority says: “In the coming years, London faces challenges of population growth, congestion and the environment.

“Car clubs provide a cost-effective and flexible alternative to owning a car, and can help tackle these challenges.

“Joining a car club provides the convenience of owning a car without the hassle or costs of repairs, servicing or parking.”

Although London authorities tend to be keen to green light car club services in their district, some in the market feel setting up shop in the city could be easier.

Zipcar UK general manager Jonathan Hampson says: “The challenge for us operating in a city like London is that it is split into 33 different authorities, each of whom have their own policies, control over parking and desire to reinvent the wheel on a daily basis.

“That makes life really difficult because you go to some cities as a mobility provider and you talk to one person who can make sure your services are rolled out across the whole of their city in a way that’s coherent.”

The Avis acquisition of Zipcar in 2013 showed that some traditional car hire brands are conscious that failing to get a foothold in the emerging car club sector could leave them in the dust.

Asked how likely it was that car sharing services would replace traditional rental services, automotive tech expert Egil says: “Car-sharing is making some impact on rental cars due to lower prices and the growth of car-sharing at some airports. But ride-hailing is having a larger impact.”

Bigwigs of the car club industry are less bullish about their chances of lapping traditional rental services.

Jonathan, of Zipcar UK, believes car club apps will prompt change at analogue firms, rather than destroy them outright.

He said: “I think things will converge slightly. We’re part of Avis, so I’m sure it would say it expects the car rental business to go through significant change in the next five to ten years.

“There is an expectation among consumers that things become self-service, which is already the case in car-sharing.

“That market will be disrupted and Avis is certainly trying to position itself so it’s well-placed if that disruption happens.

“Zipcar and car-sharing is for your urban trips, but car rental will satisfy perhaps in a similar way your longer trips and out-of-town trips.”

He adds: “A lot of people will say one fleet fits all mobility needs. We think this is not true.

“It’s an issue of resource allocation. In our view, you can’t have a fleet that does everything. When you address longer trips, that’s when the car makes more sense.

“We don’t feel there’s going to be a conversion of car rental from one side and car-sharing from the other side with all those fleets doing everything and addressing all needs.”

While analysts and industry insiders are cool on the idea of car sharing services replacing traditional rental, bold predictions are being made about the future of car ownership in the era of car clubs and autonomous vehicles.

In an IHS Markit presentation, Egil writes: “In 2060, if you live in an urban area, you will need to go to a driving track to drive your own car, just like we do with horses today.”

The car club might be a fairly novel idea right now but one day it could render vehicle ownership a pointless exercise.