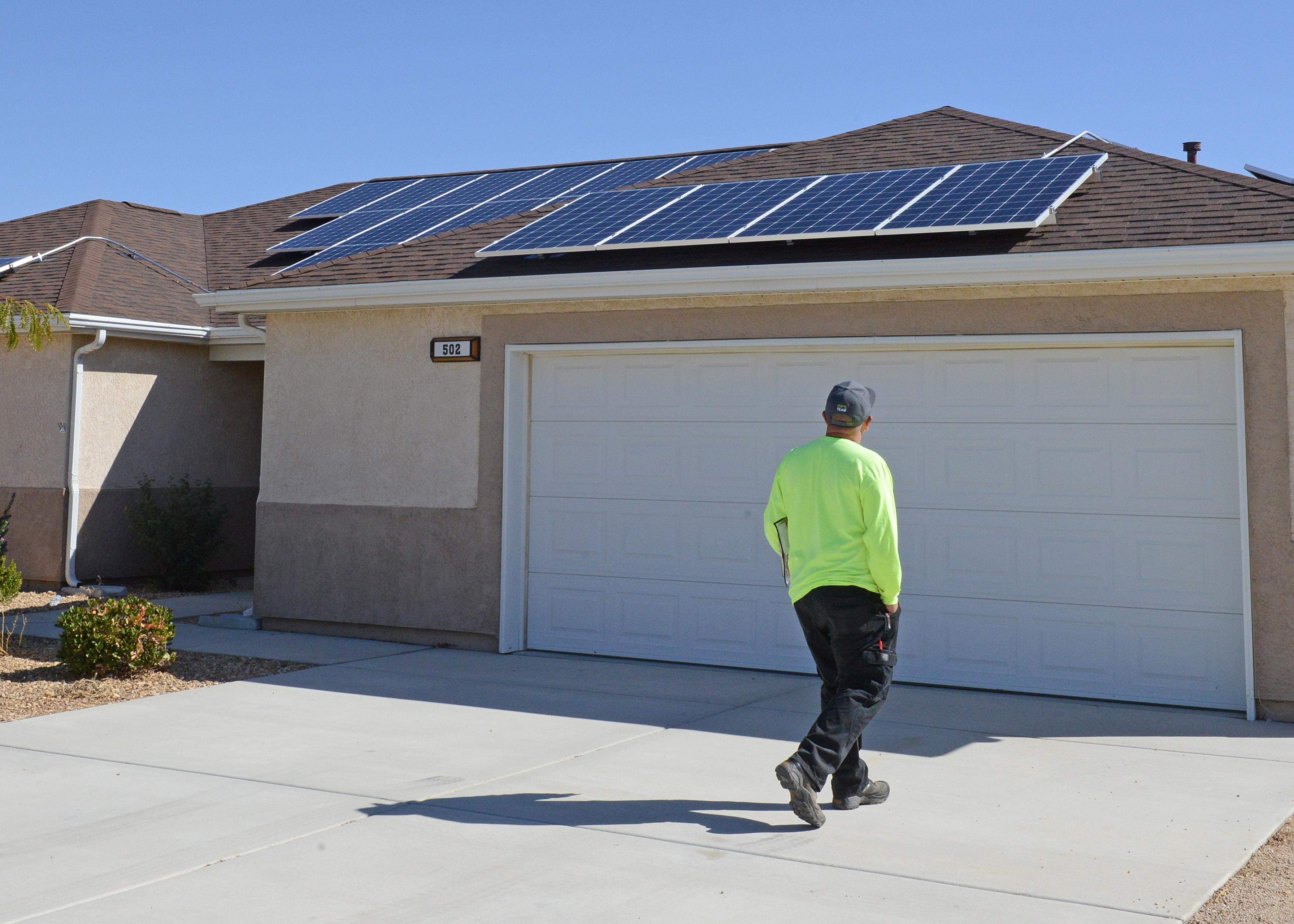 The solar panels could have a similar impact to California as removing 115,000 cars from the road, believe state officials

California is leading the way with domestic renewable energy – as plans were put in place to have solar panels installed in new homes built from 2020.

All homes built after 1 January 2020 in the US state will be required to have rooftop solar panels, as new regulations were approved by The California Energy Commission (CEC).

Some opponents have argued that it will only worsen the state’s affordable housing crisis.

The installations are expected to be made on most single-family homes, multi-family residential buildings of up to three stories, as well as flats, apartments and complexes.

CEC’s lead on energy efficiency Andrew McAllister said: “Under these new standards, buildings will perform better than ever, at the same time they contribute to a reliable grid.

“The buildings that Californians buy and live in will operate very efficiently, while generating their own clean energy.

“They will cost less to operate, have healthy indoor air and provide a platform for ‘smart’ technologies that will propel the state even further down the road to a low emissions future.”

California remains the US’s most populated state with 38.8 million residents and under the new agreement, it will likely cut the energy use in new homes by more than 50%, according to the CEC.

State officials believe the solar panels will collectively reduce the state’s greenhouse gas emissions by 700,000 metric tonnes over three years – a level equal to taking 115,000 cars off the road.

Lighting upgrades and improved ventilation will help non-residential buildings use around 30% less energy, the CEC estimated.

Californians will save on energy bills

One a positive note, however, is it will save consumers £59 on monthly heating, cooling and lighting bills.

“We thank the Commissioners and their staff for working with the building industry during the past 18 months and adopting a set of cost-effective standards that ensures homebuyers will recoup their money over the life of the dwelling.”