As Homebase is sold for £1, here’s other businesses taken over for nominal fees

Australian firm Wesfarmers became the latest company to admit defeat when it sold Homebase for £1, joining a long list of businesses virtually given away for nominal fees so others can take on the debt 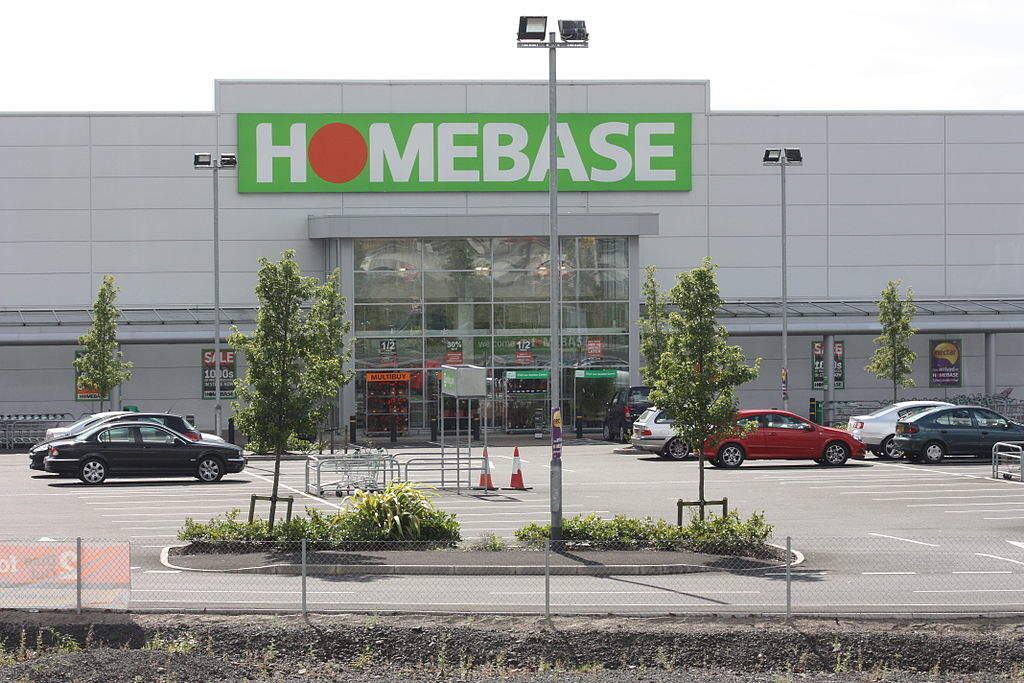 Homebase was sold by Australian-based Wesfarmers for £1

A tin of baked beans, packet of sweets, toothpaste, a pen and two pints of milk are just some of the things that £1 can buy you.

But every now and again the chance crops up to take over a business for the same price as a special offer sharing bag of Doritos.

One pound for an established business with thousands of employees and offices might sound like an incredible deal given such comparisons, but it usually comes with its problems.

Such tiny purchases are often when the company is in a massive financial debt, but paying for the business means the buyer takes on liabilities including redundancies, pension schemes and, of course, the debts.

The token sum is a symbolic but key part of the contract as it shows “some consideration” has been paid when a company’s ownership is transferred.

As Homebase became the latest high-profile company to be sold for £1 last week, here’s some others to be virtually given away.

Although Mr Green paid £363m towards BHS to end action against him by the Pensions Regulator, Mr Chappell still went on to oversee a £571m pension deficit.

BHS had debts of £1.3bn at one point and entered administration in April 2016 after failed attempts to find a buyer and was liquidated in December that year – resulting in 11,000 job losses nationwide.

Sir Philip said in April this year that selling BHS to Mr Chappell was “the worst mistake of my life” after he extracted £1.8m within three months of acquiring control of the store chain.

When it became clear BHS was going into receivership, Mr Chappell moved £1.5m from his firm to a company owned by a friend, but was forced to return the money on the say so of Darren Topp, who had become CEO when Mr Chappell bought the business.

DIY chain Homebase – which has 250 UK stores and employs around 12,000 people, was sold for £1 in a deal with restructuring firm Hilco last week.

It had previously been owned by Australia’s Wesfarmers which walked away with £230m loss after it paid £340m for the hardware chain in 2016.

Wesfarmers was then forced to write off £500m after getting rid of some of Homebase’s popular products, taking its losses on the acquisition to an estimated £1bn.

It was sold to the same company which bought HMV, the music and entertainment retailer, from administrators in 2013, and has helped the business be successful again by operating fewer high street stores.

The London-based football team that is now worth £1.38bn was once sold for £1.

In 1982, before all its FA Cup, Premier League and Champions League trophies, Chelsea Football Club was bought by British businessman Ken Bates after losing control and piling up debts of up to £1.5m.

It was previously owned by the Mears family, who lost control over the rebuild of Stamford Bridge, leading to the club’s huge debt.

Mr Bates helped the club win a long-running battle with property developers after threats were made to leave its home ground.

In 2003, after 21 years at the club, he had helped the club finish in the top six of the Premier League, but they were still in financial trouble and had debts of around £80m.

So he sold Chelsea to Russian billionaire Roman Abramovich for £140m – with £18m went to Mr Bates – and a series of huge cash injections into the playing squad has propelled into one of Europe’s most feared teams.

The American-based family magazine founded by DeWitt and Lila Bell Wallace sold its UK edition for £1 to Mike Luckwell in 2014 after filing for bankruptcy for the second time.

Better Capital took the business out of administration in a £14m management buy-out in April 2010.

But the investor failed to lead an upturn in its fortunes and the company collapsed into a company voluntary arrangement three years later after a severe decline in CD and book sales.

As a result, the magazine was handed over to venture capitalist Mr Luckwell – who has personal fortune worth an estimated £135m – for a nominal fee.

As part of the acquisition, Reader’s Digest provided Mr Luckwell with a database of more than 1.5 million names.

It went into administration in 2013 and was transferred between private equity owners, with Better Capital once again on the scene to take on the reins for £1.

Under the new ownership, the management stayed with the business and Better Capital agreed to invest £40m in the firm.

But it wasn’t long before the courier firm hit the skids again.

It collapsed on Christmas Day 2014, leading to 2,356 job losses – and 1,500 self-employed drivers out of work – as well as leaving unsecured creditors without payment.

Despite this, Better Capital recovered £19m from the group.

At a slightly higher price than the rest of this list, the so-called Phoenix Consortium paid £10 for car brand Rover when it was broken up by owner BMW – saving 50,000 jobs in the West Midlands.

Rover Group had lost £770m in 1999, but BMW was understood to have sold Rover debt-free and also provided £500m to Phoenix to help cover any costs of redundancies and restructuring of working capital.

John Towers, head of the Phoenix Consortium, had to deal with two months of frenetic negotiations involving BMW and Phoenix, as well as rival bidder Alchemy Partners, as well as the British Government.

As part of the deal, Phoenix moved the company from Cowley, in Oxford, to Longbridge, Birmingham.

It relaunched the car company as MG Rover but it continued to struggle, collapsing in 2005 – despite five executives pocketing £42m in pay and pensions.

The ownership of the original Rover Group marques is currently split between BMW, SAIC and Tata Motors.

In December 2015, car manufacturer Renault paid £1 to take over the Lotus Formula 1 team, saving it from collapse and also keeping 400 of its Oxfordshire-based staff.

The deal was agreed upon the new owners paying off existing debts.

Lotus had been working with a small budget all season and owed £27,000 towards a tax bill.

The team was dropped in February 2016, and went on to announce it would compete under a new name, Renault Sport Formula One Team.

It continues to compete in F1 and runs from the same base.

Once the largest investment bank in the world, Lehman Brothers filed for a bankruptcy in 2008 during the global financial crisis.

The collapse of the 168-year-old bank, which employed 26,000 people, highlighted the scale of the crisis and was the biggest failure since another investment bank, Drexel Burnham Lambert, went into liquidation amid fraud allegations 18 years earlier.

After filing for bankruptcy, Japanese bank Nomura Group paid $2 (£1.08) for the Lehman Brothers’ European equity and advisory businesses, saving an estimated 2,500 jobs in London – and more in other countries such as Japan, Hong Kong, Australia, Europe and the Middle East.

The deal meant that Nomura took on the company’s employees in the regions, and not its stocks, bonds or other assets.

In October 2011, the administrators lost an appeal to overturn a court order forcing Lehman Brothers’ European division to pay £148m into their underfunded pensions plan.

As of January 2016, the global company had already paid more than $105bn to its secured creditors.