From the Pentagon and Fort Knox to underground data centres and vaults, a handful of buildings across the world are so well-protected they may be the best location for surviving a zombie apocalypse 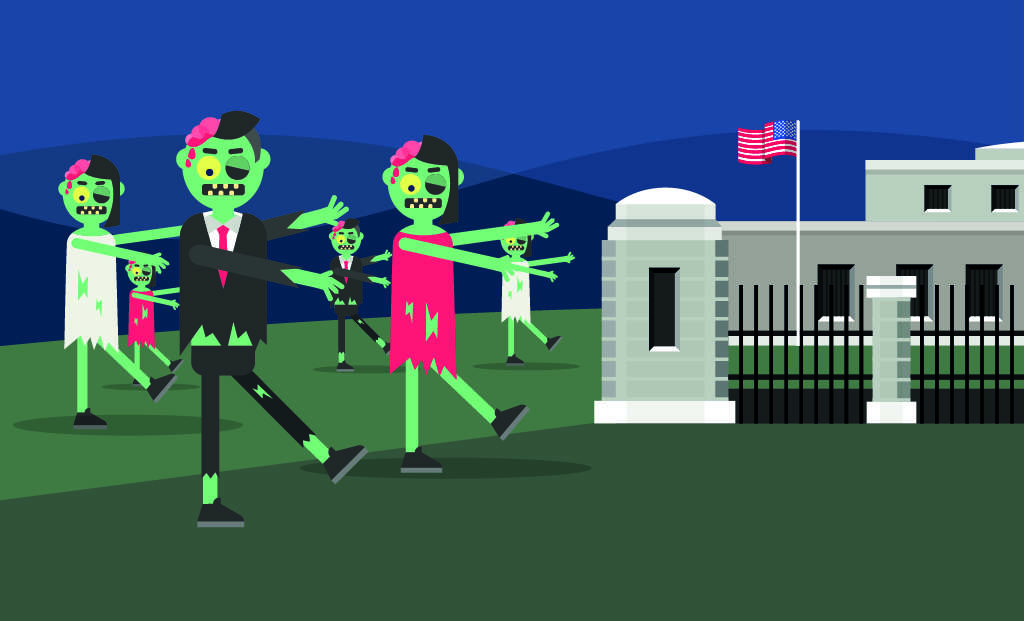 When designing a new building, there are numerous things to consider – from insulation to fire escapes – but what about surviving a zombie apocalypse?

Sounds silly – and, okay, it is – but preparing for such a scenario has never been more apt.

Maybe the reason there are so many zombie-themed survival games now, from Zombie Infection in UK forests, courthouses and abandoned shopping centres to a whole host of video games.

In the United States, Michigan State University even introduced an accredited course on how to prepare for a theoretical zombie pandemic in 2012.

If an actual outbreak was to happen, most of us would probably take the Shaun of the Dead route by grabbing the nearest blunt object and barricading ourselves in our local pub.

While it’s fair to say we’re unlikely to ever experience a zombie apocalypse – climate change, a global nuclear war or a stray comet offer far more feasible end-of-the-world scenarios – it never hurt anyone to be a little prepared.

Given the growing interest in the undead, Shredall SDS Group – a UK business with expertise in secure storage – has identified six sites across the world that would give people inside the best chance of surviving a zombie apocalypse.

This Cold War-era installation is one of the USA’s most secure sites – shielded by 2,500ft of granite, it is said the facility could withstand nuclear bombs and biological weapons.

It stands to reason, then, that it would be your best bet to survive a zombie apocalypse.

With six million gallons of water stored in pools carved right out of the rock and with 510,000 gallons of diesel to fuel generators, anyone lucky enough to be inside could survive for a long time without ever having to brave the outdoors.

They complex has even already prepared for a zombie apocalypse – well, sort off.

Every year, it holds a charity run along the 5km cave tunnel running through the complex, where participants have to run away from brain-eating zombies. A unique experience to say the least.

2) Surviving a zombie apocalypse: The Pentagon, US

As the home of the USA’s Department of Defense, the Pentagon is where some of the country’s most secretive plans are drawn up.

It is therefore imperative that it remains secure in the event of any form of attack – and is already ahead of the curve when it comes to preparing for zombies, having had a plan in place since 2011.

Known as CONPLAN 8888-11, the strategy aims to provide a contingency plan in the event of attack by an outbreak of flesh-eating undead.

It includes ideas of how to deal with vegetarian zombies and alien zombies brought to Earth by an extra-terrestrial lifeform.

While this plan was written as a training exercise for young recruits, the military’s motto of “always be prepared” is certainly not lost on those working at the Pentagon.

It is one of the most heavily-guarded buildings in the world, with measures in place to guard against chemical and nuclear attacks.

Armed guards are present around every corner and security cameras are installed throughout the complex, ensuring anyone trying to get in – living or dead – is kept under watch.

3) Surviving a zombie apocalypse: US Bullion Depository, Fort Knox, US

Being the third US-based site on this list of buildings ready for surviving a zombie apocalypse, the States might not just be the “land of the free” but the most zombie-ready nation on Earth.

The US Bullion Depository is perhaps the most secure building on the planet, housing approximately $270 billion in gold reserves.

In the event of a zombie-fuelled chaos, the most valuable thing about the site might not be the gold, but rather the incredible protection from outside threats.

The site is located behind four fences, two of which are electric. Beyond that, you’ll find granite walls four feet thick, armed guards and a 22-tonne vault door that can only be opened using a highly classified set of access codes.

It’s also suspected that the surrounding area is covered in motion detectors and land mines.

Oh, and it’s located on a military base that houses 30,000 American soldiers and 300 tanks. Take that zombies!

One of the stranger locations on the list, the Svalbard seed vault is located on the Norwegian island of Spitsbergen, in the Arctic Svalbard archipelago.

Although not as heavy defended as other buildings, its remoteness gives it an advantage over other sites affected by hordes of the undead.

Located about 1,300km from the North Pole, it would be extremely difficult to reach on foot.

Moreover, the extremely cold weather would slow down any zombie trying to reach it, giving you enough time to escape if need be (unless they’re white walkers, in which case your chances would be slim).

The Svalbard seed vault also has the advantage of having been designed with the worst case scenario in mind.

Scientists from around the world have sent a range of crop seeds that would enable the planet to reboot in the event of a global disaster.

With more than 930,000 samples of different seeds and the right equipment, anyone inside could grow the necessary crops to survive a zombie apocalypse.

The added bonus is that if the cooling system fails, the seeds could still remain viable for hundreds of years, allowing anyone inside to repopulate the Earth and eventually fight back.

5) Surviving a zombie apocalypse: Area 51, US

If there’s anywhere that’s prepared for a zombie apocalypse, you’d bet good money that it would be Area 51.

This top-secret military testing site is located in Nevada’s Mojave Desert and has been the focus of many conspiracy theories related to UFO sightings and secret experiments using alien weaponry.

Regardless of where you stand on these theories, what’s certain is that the US government is desperate to protect Area 51 from outside interference.

After many years of securing the site, it stands to reason that Area 51 would survive a zombie apocalypse.

It’s protected by armed security, who are equipped with night-vision gear and encrypted radio frequencies.

The entire military facility is also surrounded by sensors planted in the ground that can pick up the slightest of movements, meaning any zombie hungry for brains will be dealt with before it poses a serious threat.

Finally, none of the buildings have windows, as personnel working on the site are not allowed to see anything unrelated to their duties.

This could play to a survivor’s favour in a zombie apocalypse, offering some much-needed protection from the wandering eyes of a rotting corpse looking for his next meal.

This a state-of-the-art data centre is situated 100ft underground inside a Swedish bunker built to prepare for Cold War nuclear annihilation.

The site, which has servers to protect some of the most sensitive digital information in the world, has a number of features that make it perfect for surviving a zombie attack.

Firstly, it only has one entrance – a tunnel that eventually leads to a 16-inch thick armoured door, which is effectively impenetrable.

Any zombie hordes could be kept firmly at bay, giving those lucky enough to be inside some valuable peace and quiet.

Secondly, the data centre would allow anyone inside to communicate with the outside world at ease, potentially negotiating a rescue or for resources to be brought in.

The site is kept cool by a cooling system powered by the chilly mountain air and local water systems, meaning the servers could be maintained and utilised for many years.