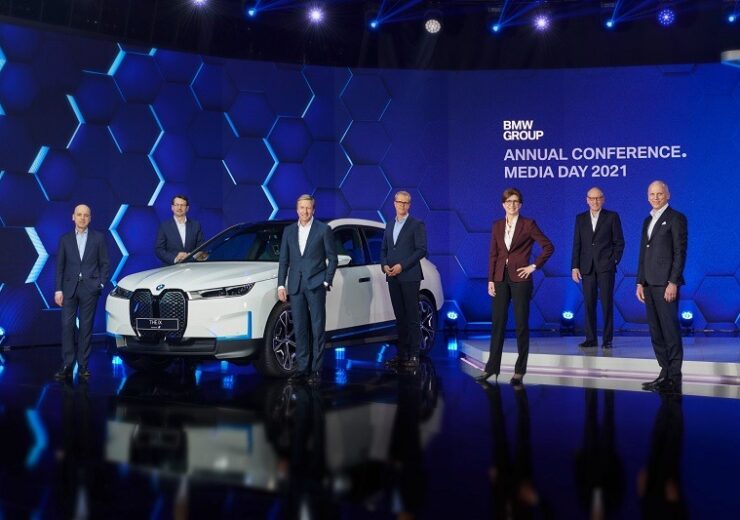 German luxury vehicles company BMW Group said that it expects electric cars to make up for at least 50% of its global sales by 2030.

In the coming 10 years or so, the automaker anticipates to have close to 10 million fully electric vehicles on roads across the world.

The automaker said that the number of fully electric vehicles it will sell is estimated to continue growing by an average of more than 20% annually between 2025 and 2030.

However, the exact figure could vary considerably from one market to the next and will be mainly based on the advances made in the expansion of charging infrastructure across regions.

The company said that all model series in its portfolio across all market segments will include a fully electric option.

It has also set a target of 2030 for achieving carbon emissions reduction of 40% per kilometre driven by its vehicles in the use phase.

The announcements were made by the company during its Annual Conference 2021 in Munich, Germany.

BMW board of management chairman Oliver Zipse said: “The BMW Group has ambitious plans for 2021. We have started the new year with strong momentum and are aiming to return to pre-crisis levels as swiftly as possible – and go even further.

“We have a clear roadmap for making the transformation of our industry a real competitive advantage for BMW in the coming years: uncompromisingly electric, digital and circular.”

BMW said that it has been driving the transition towards fully electric connected mobility in three phases.

In the first phase, the company had launched Project I for designing and manufacturing plug-in electric vehicles.

The second phase of the transformation saw the company giving the option to prefer combustion engines or fully electric power in one and the same model.

BMW will implement the third phase of transformation from 2025. The automaker said that by then its product range will be realigned on the basis of the Neue Klasse.

During the third phase, the company expects its cars to have a fully redefined IT and software architecture, a new generation of electric drivetrains and batteries, and a new approach to sustainability across the entire vehicle life cycle.

The German automaker also announced that its MINI brand will launch only fully electric models from 2025 onwards. By the early 2030s, the complete range of MINI cars will be fully electric, said the company.