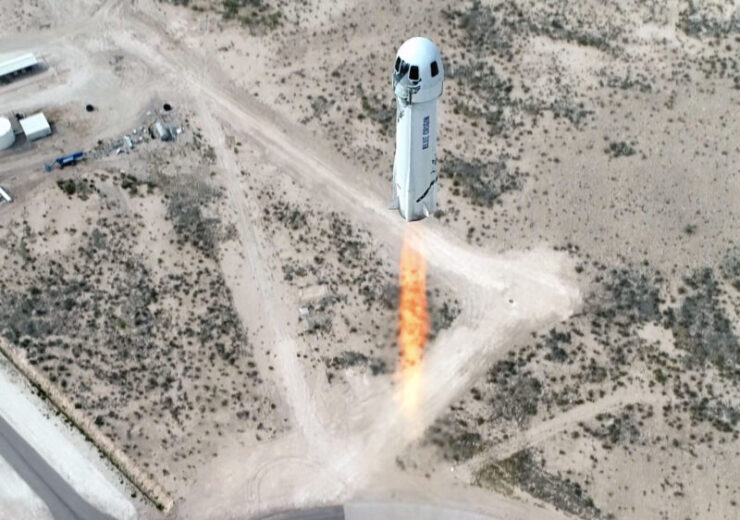 Blue Origin has safely completed its maiden human flight with the New Shepard spacecraft with four private citizens onboard with one of them being Jeff Bezos, Amazon and the company’s founder.

Jeff Bezos was accompanied by his brother Mark Bezos, Wally Funk and Oliver Daemen. All the four officially became astronauts after New Shepard went past the Kármán Line – a boundary between the Earth’s atmosphere and outer space.

Blue Origin’s first-ever human flight enabled the 82-year-old Wally Funk to become the oldest person to travel to space. Wally got her seat on the spacecraft as an honoured guest having been the youngest graduate of the Woman in Space Program, way back in the 1960s.

In contrast to Wally, Oliver Daemen at the age of 18 became the youngest person to achieve the feat.

Daemen is also the first-ever commercial astronaut to buy a ticket and travel to space. He prevailed over nearly 7,600 participants from 159 countries with a winning bid of $28m for the space ticket.

Blue Origin said that New Shepard became the first commercial vehicle under a suborbital reusable launch vehicle license to carry paying customers, payloads as well as astronauts, to space and back.

“I am so incredibly proud of Team Blue, their professionalism, and expertise in executing today’s flight. This was a big step forward for us and is only the beginning.”

The American aerospace company plans to undertake two more crewed flights in 2021, and the following year, expects to have several such trips to space.

New Shepard has been designed to operate as a fully autonomous, reusable suborbital rocket system. It has a pressurised crew capsule that can accommodate six astronauts.