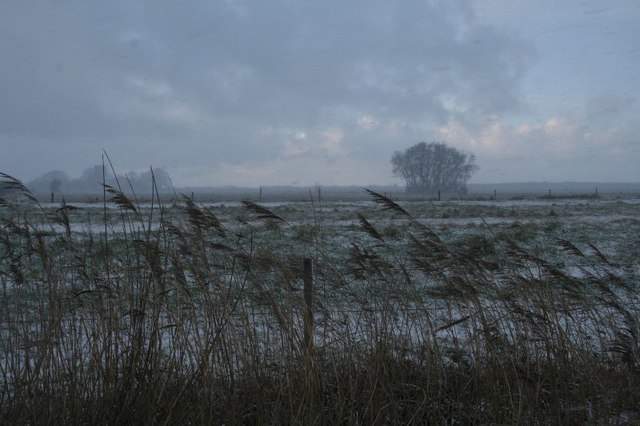 Shares in Greggs – the UK’s largest bakery chain – took a nose dive of 15% on Wednesday following a drastic decrease in footfall and sales in March this year.

The downturn coincided with one of the coldest periods of British weather in recent memory – known as the “beast from the east” as it was caused by unusually prevalent arctic winds stretching from far east Russia, over parts of Asia and Europe, all the way up to the British Isles.

Sales growth for Greggs was 2.2% slower for the first 18 weeks of 2018 compared with the same period last year as the company was forced to temporarily close several stores across the country.

But the Newcastle-based company wasn’t the only one to suffer. Many other businesses have blamed the extreme cold snap for their misfortune in 2018.

Ocado drivers stopped in their tracks

During late February and early March, the beast from the east got into full swing and the UK was blanketed in thick snow, causing poor driving conditions.

For online grocer Ocado, this spelled doom as tens of thousands of orders were prevented from reaching their destinations, leading to a £1.5m drop-off in profit, equivalent to 1% of their sales.

Ocado finance director Duncan Tatton-Brown said: “I’ve never seen weather like this in the time I’ve been at Ocado.”

Despite the conditions, the company still managed to deliver to 296,000 customers in the snow and any food that wasn’t delivered was given to food banks.

The UK’s leading direct car insurer had £55m set aside for weather claims for the entirety of 2018 but with summer around the corner, £50m of that sum is already spoken for.

“We estimate the claims associated with the major freeze event will utilise the group’s full annual weather budget.”

Over the first three months of 2018, the company’s total sales growth plummeted by 15.4% compared to the same period in 2017.

Wesfarmers, based in Perth, pointed to the cold weather as the culprit behind a lack of demand for plants and garden tools and furniture.

It had been busy converting Homebase into Australia’s own low-price DIY chain Bunnings, with 23 of 253 stores already overhauled, but earlier this year the managing director Rob Scott said Wesfarmers was now considering putting a stop to its plans.

The multinational retailer was forced to temporarily close 100 stores during the freezing cold spell and sales growth in March was 2.2% down from the previous year.

Debenhams forecasts its profit for the whole of 2018 to be somewhere between £50m and £61m – more than £30m down from last year.