The Chinese company has deployed 10 Apollo robotaxis in Shougang Park 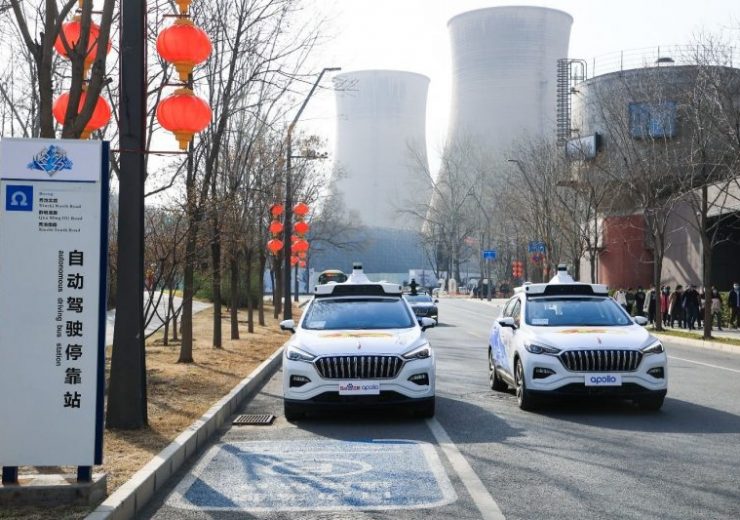 Baidu has introduced fully driverless paid robotaxi services in Beijing, China with an aim to demonstrate a new commercialisation model for autonomous driving.

The Chinese technology company has launched the Apollo Go Robotaxi service in Shougang Park, which is one of the venues for the 2022 Winter Olympics in Beijing. Baidu intends to transport visitors to the games using the robotaxis.

Currently, a total of 10 driverless taxis are simultaneously operating for the company in an area of nearly 3km2, covering eight stops in Shougang Park.

The robotaxis can transport users to sports halls, coffee shops, work areas, and hotels. At the time of the Winter Olympics, the driverless cars are planned to offer shuttle services for athletes and staff as well.

According to Baidu, the Apollo Go App enables users to locate the nearest robotaxi and book a driverless ride via a system of unmanned self-service processes.

Features of the Apollo Go Robotaxi include virtual reality navigation and remote car honking, which is said to help users in identifying the location of the vehicle.

For unlocking the driverless vehicles, users have to scan a QR code and health code on them for verifying identities and for prevention of Covid-19.

After getting on to the robotaxis, users have to click on the “Start the Journey” button after which its system makes sure that seat belts are fastened and the doors are closed.

In case of unforeseen emergencies, the always available 5G remote driving service of the robotaxis will let human operators access the vehicles remotely.

Baidu vice president and autonomous driving technology general manager Yunpeng Wang said: “Today, we are opening the fully driverless robotaxi services in Beijing for the public, which we achieved only after conducting countless scalable driverless tests in many cities over a long period of time.

“In the future, Baidu Apollo will launch driverless robotaxis in more cities, enabling the public to access greener, low-carbon, and convenient travel services, while continuing to improve the unmanned service process and user experience.”

Earlier this year, Baidu said that it had joined forces with the Guangzhou Huangpu District government for launching its multi-modal autonomous driving mobility as a service (MaaS) platform. The company will trial over 40 autonomous vehicles across multiple model types in Guangzhou, China during the Chinese New Year holiday period.