Simulators, controlled environments and real-world scenarios are involved in autonomous vehicle testing - with self-driving shuttle buses operating in some cities 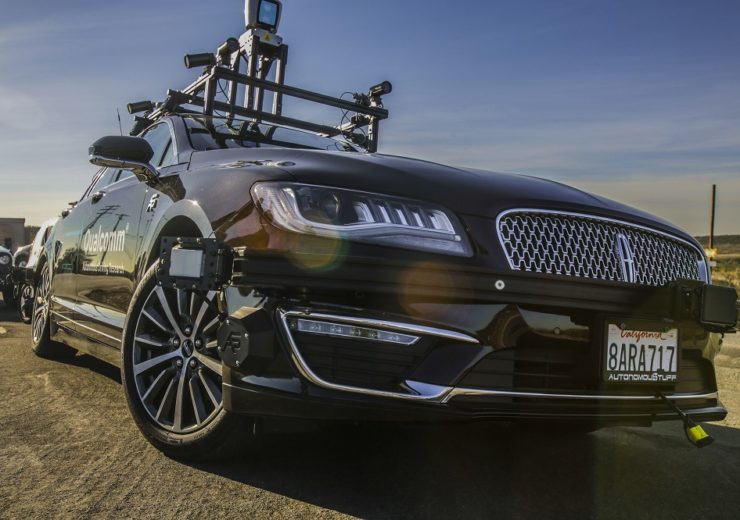 While simulators and controlled environments are used frequently for testing self-driving tech, industry leaders recognise the importance of putting more vehicles on to public roads.

Professor Paul Jennings, who heads up a major University of Warwick project to accelerate the development of the technology, says: “I believe these technologies are coming perhaps sooner than people thought they would a few years ago.

“In my view, they’re a good thing because they will make mobility safer by eliminating human error, and improve traffic flow, efficiency and local air quality.

“But there’s challenges to overcome. We need to make sure they’re desirable, and understand the commercial viability and business propositions that are emerging.

“In order to do that, we need to do the testing from the digital world right through to the real world.

“The training and education is important around this, collaboration is essential and we can see the consortia being developed now that involve tech companies working with insurance and law firms, as well as public authorities.

Dr Jennings is one of a number of speakers who addresses autonomous vehicle testing at the Smart Transportation and Mobility conference in London.

Gilles Gallée, business development director at US engineering simulation company ANSYS, speaks about how Toyota president and CEO Akio Toyoda told the 2016 Paris Motor Show that 8.8 billion miles of testing would be required to ensure safety.

But he believes this would only be necessary for level five autonomy – the most advanced level set by the Society of Automotive Engineers that describes fully autonomous vehicles able to drive anywhere without a human.

The first batch of driverless cars are expected imminently, with the UK government anticipating vehicles with level three autonomy – cars that can drive themselves on certain roads but a human needs to be behind the wheel ready to intervene if necessary – will hit the road in 2021.

Mr Gallée says: “To realise this goal, testing is needed through simulation of a real environment.”

ANSYS has built a programme that can test autonomous driving in millions of scenarios – with variables including weather conditions, car movements, road surfaces and pedestrian activity.

It is working with car manufacturers and suppliers in building the platform so it can help them prepare for level three automated vehicles.

Mr Gallée points out that while level two autonomous vehicles – which are available now and have features such as self-parking and lane-change mode – have about half a dozen sensors, there are between 20 and 25 sensors on a level three car.

“So you have 20 to 25 eyes on your car to feed the decision-making of the vehicle,” he says.

“They’re a key aspect and we feed the simulation of the sensors into a complete platform for testing, connecting with the cyber security and electronics.

“We use software to put the vehicle in different scenarios and environments, such as cities or rural roads.

“For example, you could have one level three car following another with level three and the one in front puts an emergency brake on, or a pedestrian steps out.”

The roll-out of driverless cars depends on a number of testing stages, with projects evolving from simulators to controlled environments – such as in airports or car parks – and eventually to public roads.

With estimations suggesting the technology could be worth £61bn per year to the UK by 2030, there automotive industry recognises there will be growing pressure to get self-driving cars on roads imminently, with the government stating an ambition to go live by 2021.

This makes it even more important to ensure transport is dependable, safe and reliable quickly.

The University of Warwick is leading the £25m Midlands Future Mobility scheme, which uses more than 50 miles of roads in and around Coventry and Birmingham to test connected and autonomous vehicles with the aim of accelerating their development.

It will also be home to the £1bn Smart City Mobility Centre, which was announced in November and is said to be the largest site in Europe for autonomous and electric vehicle research and development.

Project lead Professor Paul Jennings is part of the university’s Warwick Manufacturing Group (WMG) department, which was established in 1980 and brings together more than 1,000 academic researchers and industry representatives from companies including Jaguar Land Rover.

He says: “If we remove the driver, that’s a major challenge in a very complex real-world environment.

“We need to look at the human side – are these technologies and services going to be desirable?

“We need to understand the changes at societal level and its commercial viability. There will be big changes to make sure it’s a positive move.”

WMG has created its own hybrid simulator that creates a “synthesised world” in which autonomous vehicles can be tested in an environment that feels real to a human sitting in a fully developed car, rather than behind a computer screen.

As well as looking at how the car behaves, it enables researchers to understand what happens if a wireless internet signal drops.

While Prof Jennings admits simulators and controlled testing are both useful in the early stages of development, he believes it’s essential to eventually get vehicles out on public roads.

He adds: “If we do real-world trials, you can’t question the validity but you need to be careful to minimise the risk.

“If anything interesting happens, the moment is gone in terms of thinking about it as an experiment.

“Our view is it’s not about the number of miles we test, but it’s more important to understand the smart miles – understanding the edge cases where there might be issues.

“We’ll also be going into rural areas and motorways as well. They bring different challenges but also offer inclusivity to make sure the benefits are spread out.”

While tech firms including Alphabet-owned Waymo, Apple and Uber – along with car manufacturers like Mercedes-Benz and Toyota – have covered millions of miles in autonomous vehicle testing, there are examples of the technology being used in the real world already.

Navya, a French company that designs and builds driverless cars, has deployed free autonomous shuttles in Paris’ La Défense business district to connect metro stations with office towers since the end of 2017.

An independent study found that 97% of the users wanted the service to continue as it had become part of their daily routine.

Jean-Baptiste Latil D’Albertas, area manager for the Benelux and UK regions at Navya, says: “People come out of the metro station, continue to send emails on their smartphone as they board the shuttle and get dropped at the entrance of their office.”

In Sion, Switzerland, driverless shuttles pick up passengers from the train station and do a loop of the city centre, stopping off at main points of interest.

Since being launched in 2016 to operate for free from Monday to Saturday, it has received positive feedback and the service has been expanded.

“Again we were filling a gap in the existing transport network, not replacing what is already there,” says Mr Latil D’Albertas.

“The driverless shuttle benefited the train service and made people more likely to take the train because they know when they arrive they have a solution waiting for them.”

The company also operates hospital shuttles in the Netherlands and Mr Latil D’Albertas believes it is adding real value to cities, although he admits these vehicles won’t erase every issue.

He adds: “Autonomous mobility is already a reality – it’s only a matter of choosing the right vehicle for the use case.

“In the future, we will be able to extend the possibilities but there are already situations where we can implement it.

“It’s not like transporting someone from London to Manchester in a fully autonomous vehicle but we do have the technology capable of taking people short distances.”

Who is responsible if an autonomous vehicle crashes?

As autonomous vehicle testing continues, lawmakers must contemplate how the future mobility environment will be regulated with the potential for drivers having little, if any, control over their car’s behaviour.

Traditionally, there have been three different regulations – for the road, vehicle and driver – but these will now become more integrated when assessing who is responsible in the event of a crash or traffic violation.

Jessica Uguccioni, lead lawyer for the Law Commission’s automated vehicle review, says: “With all this innovation, we might need to look at different ways at identifying people and holding them responsible.

“If you have a robot driver, we want to have an entity for who takes responsibility for the ADAS (advanced driver-assistance system).

“If a problem was caused by the way the dynamic driving task was conducted then it’s potentially the ADAS that’s accountable.

“There could be all sorts of reasons why something could go wrong but it’s about thinking differently about who or what we hold responsible and potentially creating a new category of user.

“A lot of the tech the big car companies are proposing involves automating part of the journey.

“There’s still a driver but they might not be driving all the time, just certain aspects such as on the motorway, so the regulation has to understand this.

“We’re thinking about how do we classify drivers because they also do so much more than driving, including having insurance and making sure children wear seatbelts.”