Frequent fliers won't have to wait quite as long at the luggage carousel, following the introduction of autonomous bag-carriers at Heathrow Airport 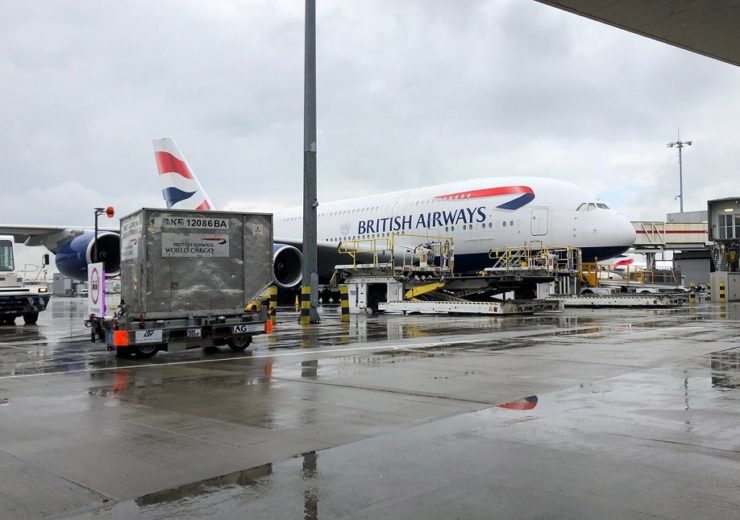 Autonomous vehicle company Aurrigo has developed a driverless luggage carrier for airports that speeds up the process of loading and unloading planes.

A partnership with British Airways had led to the luggage dollies being trialled at Heathrow Airport to transport bags between Terminal 5 and the baggage hall.

Following the pilot, Aurrigo will now pitch its concept to other airports across the globe.

The company’s operations director Richard Fairchild said: “Until you have seen it first-hand, it’s difficult to explain how big an operation it is moving bags around an airport.

“The current method is to have one manually driven tug towing three dollies behind.

“It can’t move until they are all full, which means there are a lot of empty dollies waiting around.”

The trial first began in March this year and uses the same technology adopted in Aurrigo’s driverless “pod”.

The Pod Zero was originally developed to transport people efficiently on the last stage of their journey from transport hubs to and from a wide range of destinations, including airports, offices, sports venues and university campuses.

The Coventry-based company is now using its expertise in autonomous vehicles to convert existing luggage dollies, so they can operate without a driver.

The dolly is able to navigate the airfield safely through a combination of LIDAR and GPS.

Aurrigo CEO David Keene added: “Our driverless pods are now in operation all around the world and the work with BA shows how similar technology can be used in a completely different industry to deliver significant results.

“We are now exploring different ways where we can create the production line and supply chain to rapidly build thousands of these autonomous dollies.

“The world really is our oyster on this one.”

The company hopes its autonomous dollies will become an integral part of any forward-looking airport.

Airline company British Airways is also exploring other areas for incorporating AI into its operations.

Alongside the trial of Aurrigo’s driverless dollies, BA is trialling the use of video analytics software that assesses aircraft as they land to inform staff on the ground of any issues relating to fuelling, cleaning and baggage.

The company has a team of 80 data scientists who are tasked with finding new services for customers, changing the way tickets are sold, guaranteeing no bags are lost and replacing airport queues with virtual ones.

British Airways chairman and CEO Alex Cruz said: “It is important that we deliver the best service to our customers and that’s why we are looking for the best people to help us.

“We have a big team of specialists but British Airways and IAG Digital are open to new ideas about how we can use AI to try to reduce flight delays, eliminate airport queues or create a more personalised service for our customers – providing them with relevant in-the-moment travel updates or a unique service, like reserving their favourite seat or serving their favourite meal.”