Automated docking technology to take the stress out of boating 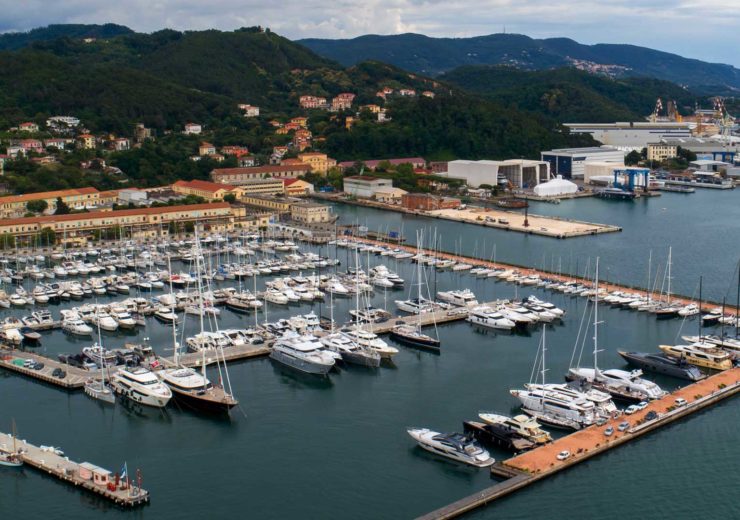 Docking in a busy marina can be a stressful experience for even the most avid boating enthusiast (Credit: Raymarine)

In the same way that technology has helped ease the stress of parallel parking for car drivers, a new automated docking system aims to take the pressure out of mooring a boat.

Sensors stationed around the boat detect obstacles in the water and adjust the engines as the captain moves into dock, making it virtually impossible to collide with another vessel.

The technology could also have applications in the development of autonomous watercraft.

Raymarine — the marine division of US sensor equipment manufacturer FLIR — demonstrated its automated docking system at the 2019 Boat Show in Southampton, UK.

FLIR vice president and general manager of its maritime subdivisions Grégoire Outters said: “When you go out on a boat, the first thing you worry about is leaving the dock and then, while you’re out on the waves, there’s the additional fear of returning to dock.

“When the weather is starting to turn, it can be a stressful experience taking the boat into a slip.

“So this technology was designed to make the task easier and remove any stress.”

Raymarine’s DockSense uses a series of stereoscopic cameras positioned around the hull of the boat to give a 360-degree view of its surroundings, as well as judge depth and distance from other objects.

The cameras were originally developed by one of FLIR’s sister companies in Canada, with the purpose of monitoring customer numbers in shopping centres and retail outlets.

Outters said: “It’s a completely different application of the technology, but they need to be able to measure distance to be able to detect and count people accurately.

“In our case, because we needed to be able to measure distance precisely to be able to calculate where the dock is and where other objects are in relation to the boat, we decided to use the same tech.”

As the boat moves in to dock, the velocity of the boat and external elements such as the wind and tide are taken into consideration — factors that would normally have to be judged by the captain — and the data is quickly processed to calculate the trajectory of the vessel.

The system is tied to the engines, which are able to automatically compensate for any movement and hold the boat steady as it moves into port.

A 50cm limit is set around the edge of the boat and if anything comes within this proximity the engines are stopped to prevent the boat crashing.

The automated docking system promises to be simple enough to allow even a novice to dock a 46-foot boat, without the risk of damage.

Outters added: “Over time we plan to use more and more sensors to bring more autonomy into navigation, not only docking, but also being able to navigate more safely while out on the water.

“The next step could be alerting our customers whenever they have a risk of hitting an object on the water and taking the control of the boat whenever the risk is becoming too high.”

Despite his assertion that creating an autonomous system could be possible, Outters admits there is little demand for such a craft.

He said: “We don’t actually don’t want to create a fully autonomous system because, unlike cars, when you go out on your boat, you want to enjoy it.

“It’s not just a case of going from point A to point B, you want to really enjoy being on the water.

“All we want to do is remove the stress and the risk — the captain will still have to be at the helm.”

Luxury boating brand Prestige, which is partnering with FLIR on the project, will have the first boats to be sold with the automated docking system.

Erik Stromberg, director of product marketing for the company, said: “We’re at least 10 or 15 years behind the automotive industry in terms of automation.

“It’s not to say that the system could not be autonomous sometime in the future but, even from a market perspective, there’s very little demand for them.

“Whereas increasing situational awareness, making it more comfortable for the driver and taking the stress out has a more immediate application.”