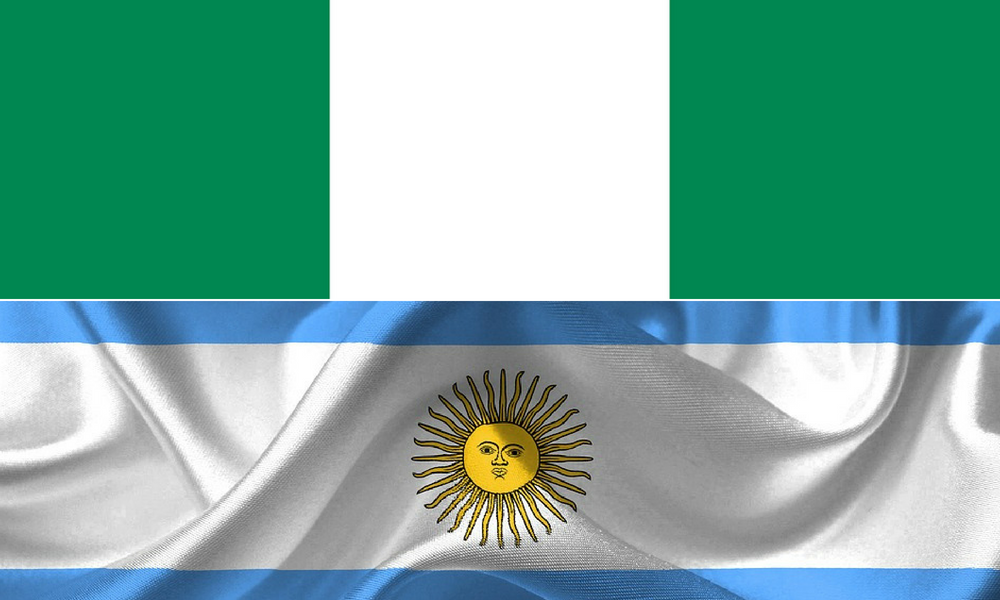 Nigeria v Argentina will be the game everyone is watching tonight – as anything short of a win will see Argentina drop out of the 2018 Russia World Cup.

As it stands, Nigeria are second in Group D on three points, while Argentina flounders at the bottom of the table with one point and a three-goal deficit.

The two sides have recent history going into their game this evening. The teams were grouped together in Group F at the 2014 World Cup in Brazil, where both countries qualified for the knockout stages.

On that occasion, Argentina narrowly won the game 3-2 when the two sides met, but always held the lead.

This time around Nigeria are heading out onto the pitch as the favourites to win in the minds of many fans, following a strong performance against Iceland and two dire showings from Argentina in the tournament.

Yet with Lionel Messi leading the side and an appearance at the last World Cup final under their belt, Argentina should not be written off.

Compelo checked if the economies of the two countries were as equally matched as their World Cup sides.

The population of Nigeria is more than quadruple that of its South American opponent, according to the 2017 UN World Population Prospects report.

Just fewer than 196 million people call the African nation home while a little more than 44 million reside in Argentina.

Yet the Nigerian capital of Abuja has a small population of 776,298 compared to Buenos Aires in Argentina – which contains just under three million people.

According to data published by the International Monetary Fund in its World Economic Outlook report from April this year, the GDP of Argentina at current prices is a third larger than the GDP of Nigeria.

Given the disparities in population between the World Cup rivals, this would put GDP per capita in Argentina at a higher rate as well.

Crude petroleum accounted for the vast bulk of Nigerian exports that year, making the country $27.1bn (£20.47bn) according to the Observatory of Economic Complexity.

Argentinian exports were slightly more diversified. Soybean meal, its largest export, earned the country $9.95bn (£7.52bn) – but made up just 17% of the country’s total exports.

The Forbes Global 2000 list of the world’s largest public companies is not brimming with entries from either Argentina or Nigeria.

Although his company is not as large as the biggest Argentinian firm, Aliko Dangote, of Dangote Cement, is far richer than his South American peers.

The boss of the largest cement company in Africa has a net worth over $14bn (£10.57bn) and is ranked as the 100th richest man on earth, according to the Forbes billionaires list.

Alejandro Bulgheroni (#791) is the highest ranking Argentine on the register.

His estimated worth of $3bn (£2.27bn) stems from deals in the energy sector and his winery estate –which has locations in Bordeaux and Tuscany.

Data published by the World Bank from 2017 shows a fairly small gap in unemployment between the two countries.

Unemployment in Argentina last year stood at 8.7% of the working age labour force, while Nigeria had a 7% jobless rate.