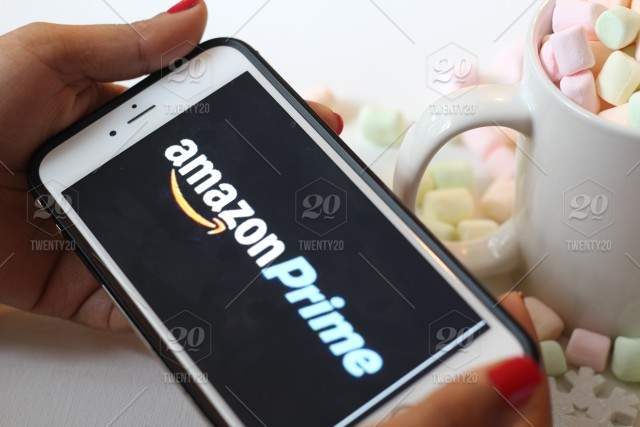 Amazon hit a record share price this week, but will it beat Apple to become the worlds first trillion-dollar company?

The results embarrass the sizeable contingent of analysts that forecasted a dip in profits prior to the results. Amazon is known for keeping its profit margins narrow as it pours funds into investment projects, but this year it bucked the trend.

Shares surged six per cent on the announcement in after-hours trading, on track to post it behind Apple as the world’s largest company by valuation.This rise implies a market cap of $780bn – some $50bn behind Apple’s $829bn.

Apple leads the way (for now)

Apple’s market cap peaked in March when it reached $922bn, but it has since slipped due to a slowing demand in the iPhone market.

This was most pointed last month when the world’s largest semiconductor foundry and key Apple chip partner Taiwan Semiconductor Manufacturing Company posted weaker than expected results. Apple shares suffered a seven per cent dip as a result, wiping $65bn off its valuation.

Despite this tumble, analysts are not yet pouring cold water on Apple’s prospects to reach the trillion dollar mark first.

Apple sits on cash reserves of $252bn and, according to its CFO Luca Maestri, the company’s target over time is to bring that total down to “approximately zero”.

The claim drove rumours of Apple potentially acquiring another business. Apple’s largest purchase was its 2014 buyout of Beats music for $3bn, but analysts have posited companies such as Netflix, Disney, Hulu and Tesla as potential options.

Apple exec Eddy Cue ruled out the company splashing out last month, but the money needs to go somewhere.

Stock dividend increases and share buybacks are on the table as M&A alternatives, but going either of these routes sends out a signal that the company needs to sustain its own stock price.

The slow in demand for the iPhone, the company’s core business element, shows why this would be a poor choice. Pumping money into stock price sustenance might lead investors to assume that Apple is keeping itself afloat due to a dearth of new ideas.

There is no reason, however, to think Apple doesn’t have something up its sleeve to avoid what many are speculating could be a correction rather than a blip.

The company is set to launch its new iPhone in over the coming months, a reliable stock booster. It is also reported to be developing projects in AR and VR, and it is strengthening its video offering.

Apple has not been challenged for the top position since it overtook ExxonMobil to the top of the valuation table in 2011.

The new Amazon figures will however sound a note of caution in Cupertino. The results highlighted not just how strongly the company is performing, but also in how many areas it is performing strongly in.

Amazon is no longer an online superstore, although that aspect of the business is performing well too. Amazon can deliver any product often in a quicker and cheaper way than actually going to a physical store.

It is building a platform to deliver groceries through Whole Foods, which it owns, and it is has inked a $130m deal to stream NFL Thursday games, which will bolster the video offering significantly.

the company’s Prime service has over 100 million paid subscribers and the company announced that the price for the service will hike from $99 to $119.

Crucially for growth, Amazon is nurturing the newer aspects of its business that are expected to play a major part of revenues down the line: advertising and  Web Services.

Revenue for Amazon Web Services grew 49 per cent in Q1 to $5.4bn, and “other” revenue for the quarter, which the company said “primarily includes sales of advertising services”, grew 132 per cent year-on-year to reach $2bn.

Web Services has a larger profit margin than that of its parent company. The cloud computing infrastructure hosts companies including Netflix and the CIA, but faces strong competition from Microsoft and Google. Microsoft’s Azure Platform grew by a 93 per cent alone last year.

Despite this, Web Services holds around 35 per cent of the cloud market and is continuously developing aspects of its offering such as AI based translation and blockchain partner solutions.

Amazon’s advertising business is increasingly seen as the most credible challenger to the Facebook/Google “duopoly” of the market.

It is reportedly expanding with “hundreds” of new staff as the company is moving into programmatic forms of advertising, the algorithmic purchase of ad-space on its websites.

Ads are used on Amazon to promote “sponsored products” on the website mainly through search results.

“We want customers to get the benefit of the new brand and product discovery, and then we want to let sellers for both emerging and established brands reach those customers,” said amazon CFO Brian Olsavsky

The growth of both these arms is key if Amazon is to challenge Apple’s position at the top.

The retail side of Amazon has always generated low profit margins. It generates billions of revenue in sales but its profits are tightened because of its heavy investment. Both Web Services and advertising bring big profits to the business, allowing the company to continue with its retail business at a small profit whilst keeping prices low and squeezing delivery speeds.

That Amazon has two non-retail areas that are growing fast  gives it such strong growth prospects and possibly the edge against Apple.