Amazon future: Moving beyond e-commerce, onto the high-street and into our homes

The online retail giant is difficult to predict but recent moves towards healthcare, AI and high-tech homes show that Amazon has no signs of slowing down in the upcoming year 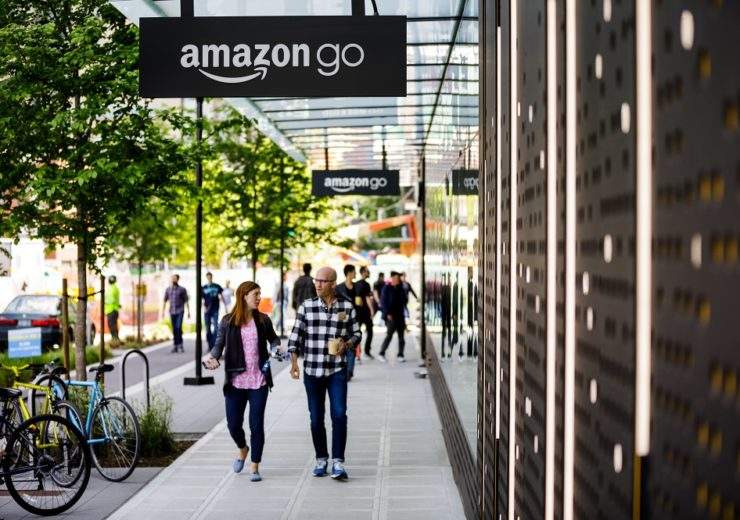 Amazon’s future could see it come full circle. After being accused of contributing to the decimation of the high street with its low online shopping prices, it’s now looking to build an estate of physical stores.

The tech giant, which became the world’s first $1 trillion company in 2018, is expanding into new sectors with convenience stores, artificial intelligence and healthcare all high on founder Jeff Bezos’ priority list as he continues to diversify the conglomerate.

Despite the company’s opaqueness, it’s possible to decipher some of its strategies to get an idea for how an Amazon future might look.

Amazon moves onto the high street

Beyond the Whole Foods investment, Amazon has also been developing its own physical stores dubbed Amazon Go.

The stores have introduced a novel way of making payments by replacing the need for checkouts with AI.

The food shops use computer vision, deep learning algorithms and sensor fusion – similar to the technology found in autonomous vehicles – to keep track of what has been added to the customer’s bag and charges them, via an app, as they leave the shop.

Amazon has so far opened eight Amazon Go stores in Seattle, Chicago and San Francisco, with a further two announced for 2019.

Beyond that, a source close to Amazon disclosed to a Bloomberg reporter plans for a further 3,000 Amazon Go stores across the US by 2021.

Some $100m (£79m) was put into the “Alexa Fund” in November 2017 and the company opened an Alexa Accelerator programme in Seattle to support start-ups that utilise voice to interact with technology.

GlobalData research estimated there would be 100 million voice assistants – also including devices such as Google Home – in the world by the end of this year, doubling to 200 million by 2020.

Alexa represents Amazon’s first step into consumers’ homes with the Amazon Echo helping to familiarise people with using their voice to control devices.

The concept was taken a step further with the acquisition of smart doorbell and security camera company Ring in a $1bn (£790m) deal earlier this year.

This was followed by the launch of Amazon Key, which allows users to replace their key with an app, monitor their doorstep and, most importantly, allow Amazon delivery people access to their homes remotely.

A number of other Alexa-controlled devices are currently under development, such as a microwave and an in-car assistant.

The culmination of Amazon’s future invasion of the home will come from houses – which will of course have built-in Alexa.

In October, it was revealed that Amazon had invested in the home design and prefab company Plant Prefab, which creates factory-built homes.

It’s believed that future iterations of its affordable housing will have Alexa voice recognition built in to control a number of smart home devices.

In a letter to shareholders published in April 2017, “Bezos wrote extensively about AI and machine learning as a focus when it comes to the company’s efforts to maintain its relevance and edge over its competition”, according to CBI Insights.

The Alexa voice assistant is one clear example of this but Amazon subsidiary Amazon Web Services (AWS) is also working with developers to create new AI platforms.

The AWS DeepRacer project has invited programmers to develop new reinforcement learning techniques to drive an AI-controlled vehicle – the size of a remote-controlled car.

Reinforcement learning is an advanced form of AI that allows the machine to learn from its own mistakes rather than training it with data.

Developers then take their DeepRacer vehicles to test tracks where they can compete against one another.

The AI technique will have further applications outside the world of robo-racing.

Rumours are also circulating of an Amazon robot for the home.

The company currently utilises more than 100,000 robots in its warehouses worldwide – one of which managed to set off a bear repellent spray that hospitalised 24 employees at a factory in New Jersey.

The domestic version, dubbed Vesta, is expected to be similar to a mobile version of the Amazon Echo.

Bloomberg speculates the Vesta will be tested in employees’ homes by the end of this year before being made available to customers the following year.

At Business Insider’s IGNITION 2018 conference, Scott Galloway – a professor at New York University’s Stern School of Business who correctly predicted Amazon would buy Whole Foods – has said he thinks Amazon will soon be the “fastest-growing healthcare company in the world”.

Amazon moved to purchase pharmacy company PillPack in June and will complete the deal soon.

The pre-packaged medication delivery service is available in 50 states but Amazon didn’t reveal how the company would be incorporated into its future plans.

Mr Galloway speculated: “This is the perfect fulcrum for an entry into healthcare, to decide which businesses you want to be in and which you don’t.

“[Through PillPack] it’ll have the best dataset on, not only two-thirds of households which now have Prime, but also on the healthiest households.”