Future of 3D printing technology: How additive manufacturing will evolve

3D printing technology has been around for three decades, but over the past few years it's potential applications have started to increase dramatically. Felix Todd finds out from industry experts where additive manufacturing might go from here and how it will get there 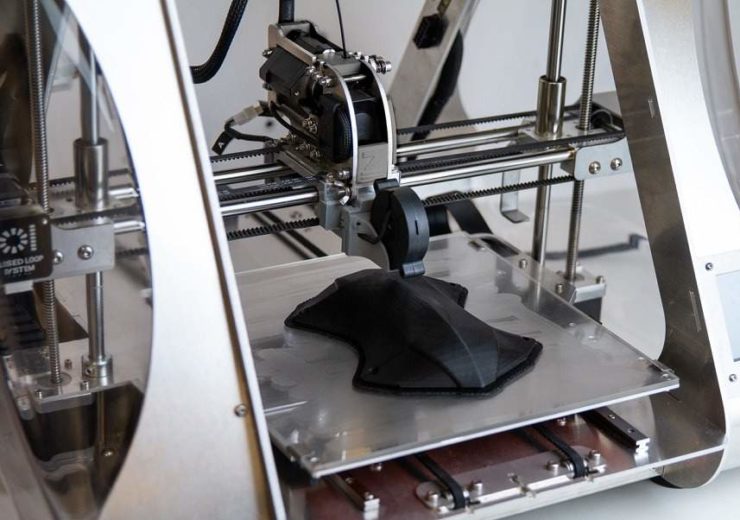 It has featured in sectors such as aerospace and healthcare for more than 30 years, but it has grown considerably over the past five years

Xaar’s director of 3D printing Neil Hopkinson says: “It will have as profound an impact as automotive did 100 years ago.”

It’s been a popular topic among bespectacled manufacturers and pub pundits both, in recent years, but 3D printing technology has been around much longer than that.

Additive manufacturing – the process by which a physical object is made from a three-dimensional digital model – has a 30-year history marked by continual innovation.

Now, it’s on the precipice of reaching a new level of importance, with its place in multiple industries seemingly secure and the promise of entering new, more lucrative sectors more feasible than ever.

“Now, though, the technology is at a point where that is changing, so much so that I left my job as an academic – one of the most secure you can have – in 2016 to get into the additive manufacturing industry.

“It’s a safe bet nowadays – with the way it’s been going over the past five years and the way it looks set to develop, I truly believe 3D printing will have as profound an impact as automotive did 100 years ago.”

Additive manufacturing came into being just before the turn of the millennium, and has largely been used to create bespoke parts needed in sectors like aerospace and healthcare.

Gloucestershire-based engineering firm Renishaw, which has about 5,000 staff and 70 offices worldwide, has used the technology for 20 years.

Marketing manager for additive manufacturing Robin Weston says: “It’s been an integral part of our product development, primarily in areas like dental, healthcare and aerospace.

“We have a huge factory in South Wales that does most of this work – 95% of the products we create are made in the UK and then exported elsewhere.”

This has made it popular in the aerospace sector, which has been using the technology since 1989.

“It works for these sectors because they are high-value industries that can tolerate the slow production rates and expensive prices, and what they get in return is worth a lot to them because they can’t really get it anywhere else,” says Mr Weston.

“The main issues with healthcare and aerospace in general are they’re highly regulated and it takes a lot of time to get approval before progress can be made.

“This has traditionally made for a good fit with additive manufacturing because it’s also a fairly slow process.”

Right now, the process remains too slow and expensive to be genuinely feasible in industries like automotive, where the economies of scale are much higher.

Instead, most businesses will use it for prototyping rather than mass production.

“Things like lasers are not cheap because they are still made in small quantities – not many of the parts used in 3D printing are cheap commodity products yet,” he says.

“This is really what is preventing the technology from entering sectors like automotive, which are more commodity-based.

“It is used in some parts of the automotive industry, such as customisation, but at the moment the slow production rate is still a problem for companies in that area.”

Not only is the automotive industry worth more than aerospace – about £1.3tn compared with £750bn – but its mass production nature offers greater practicality.

An additive manufacturing start-up looking to cater to the automotive industry will have a much easier time creating low-cost products very quickly, than it would serving aerospace, where the manufacturing costs and production times increase exponentially.

“From where we were five years ago, 3D printing has come a long way – at that time, companies were asking us to provide them with a 10-times boost in process speed, which we’re pretty close to achieving now,” continues Mr Weston.

“I think in a few years we will see a good number of products using 3D printing processes, even if it’s just small things like heat exchangers – the technology has the power to add a lot of value.”

Xaar’s Neil Hopkinson agrees, and views the past five years as a hugely important period in the development of 3D printing technology becoming a more widely-used service.

“When we look back over this period of time between the 1990s and now, it will seem like the blink of an eye in the progression of 3D printing – it’s really beginning to ramp up,” he says.

“We’ve noticed a particular step-change in the past five years or so as it’s been used for everything from aircraft parts to hearing aids.

“The automotive sector has been rightly cautious when it comes to adopting the technology, but we know it works and it has so many applications.”

For Neil, the future of 3D printing is as much about the world’s impression of the technology as its actual applications.

Despite having been in use for more than two decades, it’s only entered the public consciousness in recent years – in order to develop further, it needs to become something people think of as mainstream.

“Going forward, I believe the most critical component in the progression of 3D printing will be market confidence and changing the way people think about its products,” Neil adds.

“It will also get cheaper; already we’ve started using print heads that are much faster than lasers, which reduces the cost of the process.

“And the number of parts 3D printing can make will increase as well, along with companies that can make them, leading to more competition and therefore lower prices.

“I don’t think it will be long before we start seeing it everywhere.”