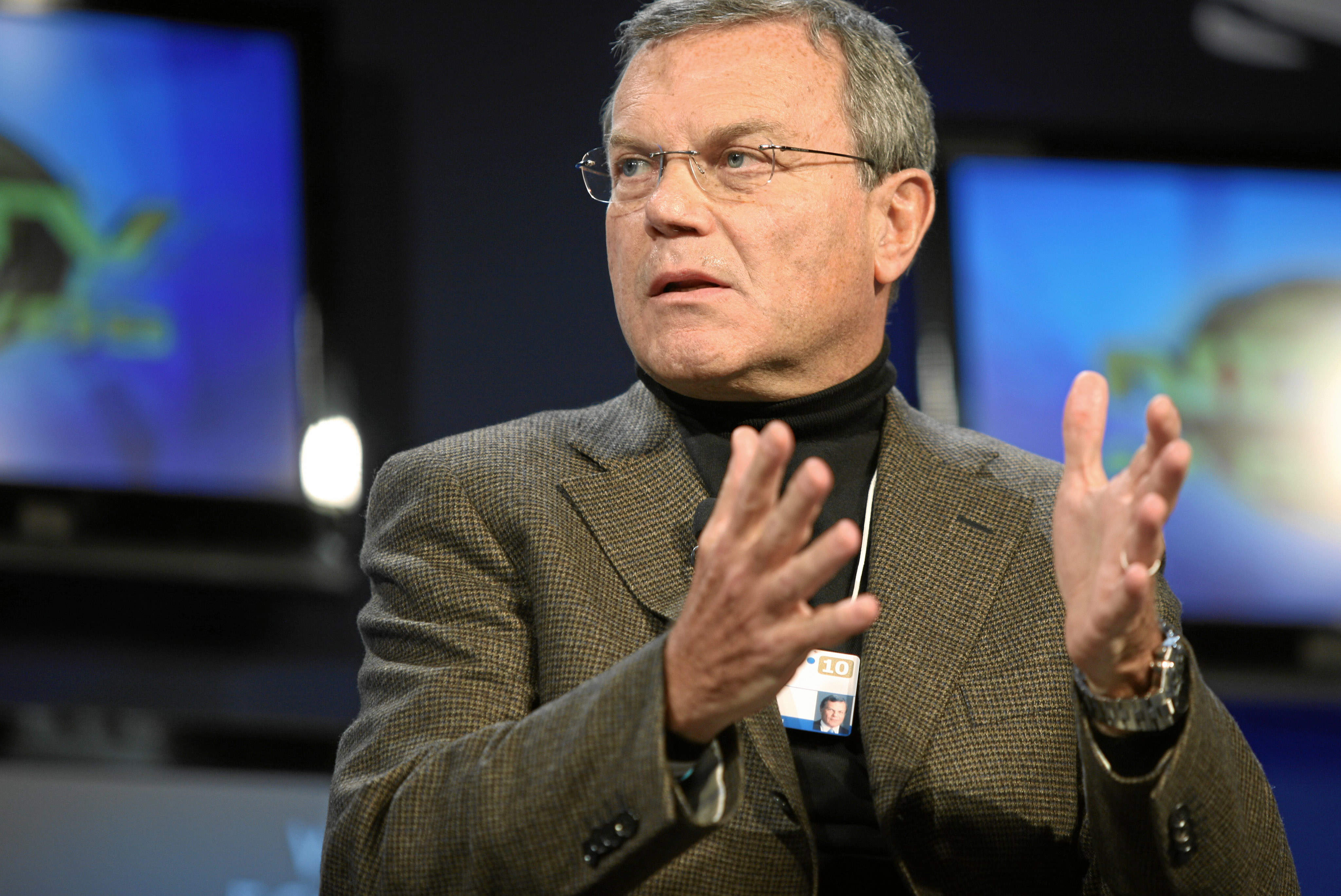 Sir Martin Sorrell is one of the most established CEOs of the FTSE 100 – and he shares company with bosses from the likes of Next, Bet365 and Sky

“I’m responsible for this company,” he once said.

“I stand behind the results. I know the details, and I think the CEO has to be the moral leader of the company.

”I think high standards are good, but let’s not anybody be confused, it’s about performance with integrity. That’s what you have to do.”

These are the ultra-high ideals to which company bosses are held accountable – failure to hit them could see them be sacrificed.

It’s a hefty responsibility, which is why the average tenure of a CEO in the UK’s Financial Times Stock Exchange 100 Index (FTSE 100) is just five years and two months.

While the ten in the list below have held on to the top job in the FTSE 100 for longer than their peers, one is currently fighting to stay in power.

Sir Martin Sorrell, chief executive of WPP, the world’s largest advertising agency, is under investigation by his company for financial misconduct and is expected to learn his fate next week. He denies any wrongdoing.

Find out where he currently stands in the list of the top ten currently longest-serving CEOs in the FTSE 100 and who he is joined by.

Previously CFO to the now-chairman James Murdoch, Mr Darroch has overseen Sky’s transformation into a European force in broadcasting. First half revenues for 2017/18 for the group stood at £4.4bn, double the 2006/7 total over the same period.

A family-owned food empire, Associated British Foods was started by Willard Garfield Weston, who set up the company in Canada.

Grandson George now the company that now includes diverse names such as Jordans, Twinings and Primark in its portfolio.

Halma is a group of tech companies specialising in hazard and life protection.

Mr Williams took over in February 2005 and also serves as a non-executive director of tech outsourcer Capita.

Simon Wolfson – or Baron Wolfson of Aspley Guise – took over Next in 2001 at the tender age of 33.

He’s since navigated the fashion retailer through some of the choppiest waters for the UK high street.

In January, Next rebounded from a profit warning after beating expectations over the Christmas period.

The CEO of Britain’s biggest housebuilder Taylor Wimpey has not had an easy ride of things since taking over 17 years ago. The financial crash almost destroyed the company.

In 2007, the then-36-year-old  had just completed the merger of George Wimpey and Taylor Woodrow and two years later he was facing the biggest ever loss suffered by the sector.

Fast forward to 2017 and £812m in profit makes it all seem like a distant memory.

Eyebrows were raised when it emerged at the end of last year that Denise Coates was named the UK’s best paid boss of 2017, taking home a staggering £217m for the 2016-17 financial year.

The notoriously publicity-shy joint chief executive is the majority shareholder of the gambling giant, which she started in a car park outside Stoke in 2001. She runs the business with brother John.

The sports betting platform borrowed £15m from RBS against the family’s betting shop estate, which had been started by her father Peter Coates – chairman of Stoke City FC – in 1974.

Randgold Resources is a multinational gold mining company and after 23 years in charge, CEO Mark Bristow is still a jewel in the crown.

Full-year dividends doubled for London’s largest gold mining firm that since it was founded has never been anything but profitable.

South African Mr Bristow, who was acting CEO of Rockwell Diamonds before joining Randgold in 1992, might just top the list by the year’s end.

While the jury it out on whether Sir Martin will still be head of advertising giant WPP by the end of the year, he still remains the FTSE 100’s longest serving chief executive by some distance.

He invested in WPP – at the time a shopping basket manufacturer – in 1984.

Taking over as CEO in 1985, the company gobbled up every advertising agency it could get its hands on with names such as J Walter Thompson and Ogilvy joining the stable.

Some 3,000 offices in 113 countries later, WPP is the world’s largest communications services group and Sir Martin is still the man at the helm.

How long that remains to be the case will depend on the outcome of an internal investigation by the board of directors into alleged financial misconduct, which he denies.