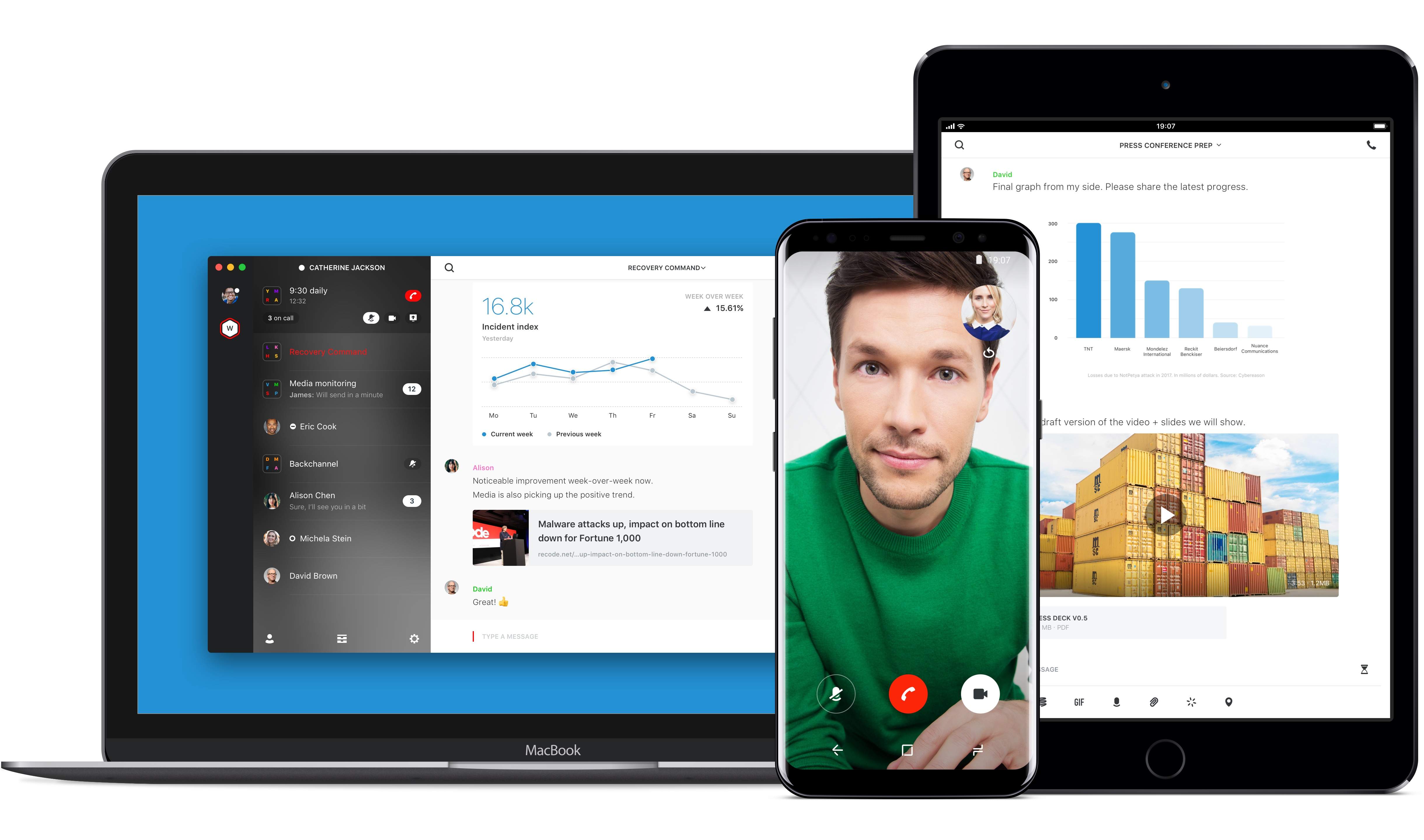 When we need to get in touch with someone at work and don’t have time to pick up the phone, email is usually the go-to method.

This explains why the average office worker receives an average of 122 emails per day – but as the technology pre-dates the World Wide Web with roots back to the 1960s, it was built with little protection from being intercepted.

Such potential problems for professional and personal embarrassment means encrypted communications providers like Wire are beginning to pick up steam as they aim to provide peace of mind and a modernised form of collaborating in business.

“The email stack was not written with security in mind. Security is written on top of it and is often clunky to use.

“Business email users also get a lot of emails they don’t want and moreover the generation coming through simply don’t use email.

“I live in the US and my children in Copenhagen. If I send an email I’m not going to get a reply; it’s just not what they’d use.”

Wire can be used for group or team messaging, as well as one-to-one.

It regularly adds new features; most recently including a “secure guest rooms” feature. The platform works across Android and iOS apps, in addition to desktop.

Each device has its own encryption key that gets updated with each message, whether that is a text, file share or conference call.

The idea is ephemerality – as the information only exists for a brief period, it is harder to intercept.

Mr Brøgger said: “Each message is a fortress. Imagine taking the time to crack something and all you get is a single message saying ‘are we on for next week’? After that, the key has reset.

“All the security is distributed onto the devices. The encryption keys only exists on the devices of our customers.

“We don’t have a copy and can’t look over shoulders. If we get hacked, people can’t see anything.”

What’s to stop Wire from being cracked?

Every year, the company hires an independent security consultancy to audit its code and then publishes the whole findings within five days.

Mr Brøgger said: “We want to drive a change in the communication industry where regular security audits become not only the best practice but a new norm.”

How successful has it been?

After initially encountering teething problems, it is now growing at between 5% and 7% per week, according to Mr Brøgger, but remain some years away from profitability.

It makes its money in subscriptions, which are priced from four euros per month, with each user allowed up to eight devices.

Mr Brøgger added: “We now have couple of hundred government, non-profit and business customers and some very interesting customers reaching out to us, including some top ten pharmaceutical companies, top five private banks and large government institutions with hundreds of users.”