Not everyone can catch the matches at Wimbledon but those relying on highlight packages will now have AI selecting the very best shots, rallies and dramatic moments on the tournament's luscious lawns this July - while the improved IBM SlamTracker gives better in-depth player analysis 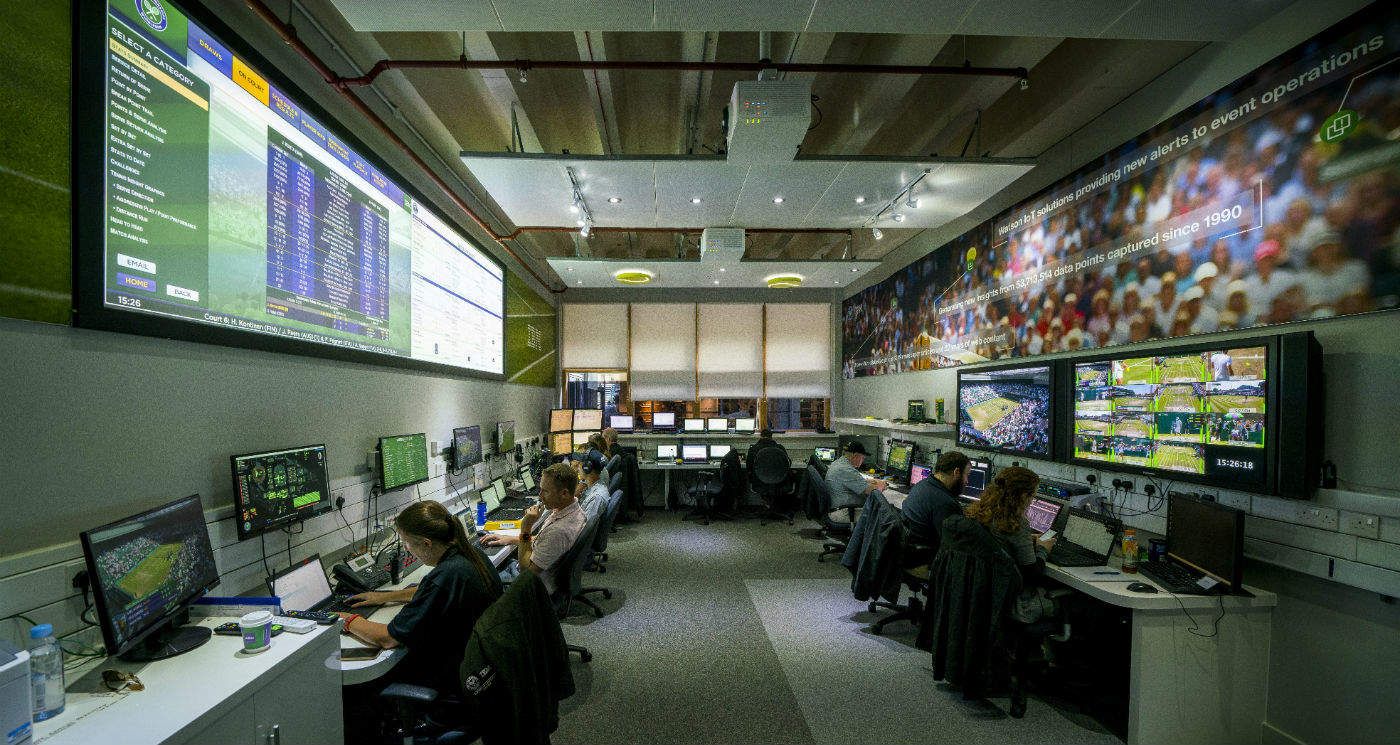 Inside the Wimbledon control room

British underdogs, rain delays, strawberries and now artificial intelligence (AI) – the growing list of things synonymous with Wimbledon tennis is becoming as eclectic as it is long.

The All England Lawn Tennis Club (AELTC) and official technology partner IBM have announced they will use AI and machine learning technologies at the 2018 edition of the iconic tournament.

The IBM Watson platform’s primary use will be tracking player emotion, audience noise levels and more to then compile video highlights just as cogent as those done by humans, but in much less time – as little as 15 minutes.

Other features include a chatbot delivered on Facebook messenger, dynamic upgrades to Wimbledon.com and the creation of the official Wimbledon poster celebrating 150 years of the AELTC through analysing more than 300,000 archive photographs.

Alexandra Willis, head of communications, content and digital at AELTC, said: “We strive to ensure that our traditions remain relevant in the context of today, and are determined not to rest on our laurels.

“We want to engage with existing as well as new fans around the world, to help them be part of The Championships 2018, especially in what will be such a competitive sporting summer.

“We want to tell the stories of the phenomenal athleticism of our great players, the gladiatorial nature of the matches they play and explain the sporting narratives that will cut through to our audiences.”

The best moments at Wimbledon brought to life by AI

The AI system to be used to create the 2018 tournament’s highlight packages was created by IBM research scientists and consultants.

It auto-curates the most dramatic and spectacular moments of a match based on meticulous analysis of crowd noise, player movement and match data.

This then enables the Wimbledon editorial team to create highlight videos much faster, streamlining a process that can traditionally take hours.

With the extra time on their hands it also means Wimbledon staff can detail some of the lower-profile matches with timely highlight packages, thus providing broader coverage of the tournament for fans.

Another aspect of the IBM AI platform is the Watson Assistant chatbot, which will be used by Wimbledon in co-ordination with Facebook.

Users of the prolific social media platform will have access to help and information in addition to live scores and key news outside of the tournament’s official website.

It’s intended as the first step in Wimbledon’s attempt to disperse its content to social platforms where fans can quickly and conveniently share details and updates with friends.

“These technology innovations are at the heart of our efforts to continuing our journey towards a great digital experience that ensures we connect with our fans across the globe – wherever they may be watching and from whatever device that may be,” added Ms Willis.

Wimbledon.com will be upgraded to provide content that refreshes dynamically for an improved and more personalised browsing experience.

Sam Seddon, Wimbledon client and programme executive at IBM, said: “People are judging Wimbledon on the experience they had last month, or even yesterday.

“Technology plays a really important role in making their digital channels the most engaging place to experience The Championships.

“Increasingly, the AELTC is embracing the role of AI as being a foundation of that digital experience and strategy.

“The solutions that IBM uses to improve the fan, player and media experience at Wimbledon are the same technologies and solutions that are used to transform industries and professions.”

The IBM SlamTracker is an online tool that informs fans with high level overviews of particular matches, as well as point-by-point analysis.

The AI system will be used to improve the mobile phone version of the service, in particular, to give fans in-depth insight into key head to head match-ups.

The aim to reveal hidden player patterns and match dynamics to give users real-time update during critical pressure moments on their phone.

New features also include the ‘momentum’ system which will serve as a visual depiction of a match show which player is in the ascendancy and how the balance of power has shifted over time.