Williams F1 fund invests £1.5m in start-up behind collaborative robot that will work with humans

Williams Advanced Engineering will work alongside Inovo Robotics to create its collaborative robot, which will be able to integrate into existing workforce processes - with a focus on batch manufacturing tasks 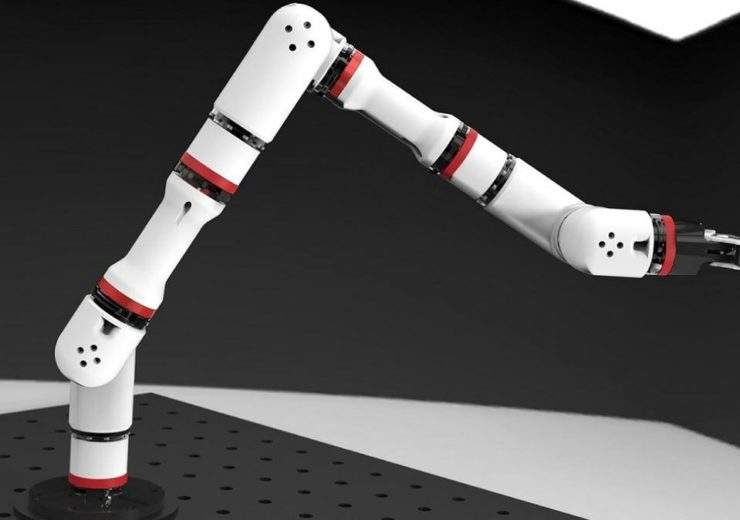 The investment arm of the Williams Formula 1 team has invested £1.5m into Inovo Robotics – which is developing a collaborative robot to work alongside human workers.

The Foresight Williams Technology EIS Fund has provided the growth capital investment for the UK start-up.

Its low-cost collaborative robot – known as a “cobot” – will be able to integrate into existing workforce processes and is intended to focus on batch manufacturing tasks.

Mr Wood added that Foresight Group – the private equity investor that manages the fund – will bring “a wealth of financial and strategic experience to the company going forward”.

The duo were previously senior engineers at US aerospace and defence technology giant Northrop Grumman – a $25bn (£19bn) company that was the world’s fifth-largest arms trader in 2015.

According to Williams, they possess “deep technical expertise and experience of delivering complex engineering development projects” with more than 30 years’ combined experience in robotics and engineering.

The company has offices at Surrey Research Park, in Guildford, and the Hong Kong Science and Technology Park, in Hong Kong.

A Far East presence puts Inovo close to its supply chain, which is largely in Shenzhen, and the fast-growing Chinese market.

What is a collaborative robot?

A collaborative robot is designed to operate alongside humans, and have so far been used for tasks including placing products in trays and palletising.

They are designed to be safe around people and their lightweight nature means they can be moved from task to task, while they do not require much skill to programme.

On its website, Inovo says it wants to create “capable, versatile robotics available to all”.

It adds: “We address the problems growing businesses have in automating repetitive, hazardous or precise tasks.

“We believe there is a better way and want to free your staff from the monotony of repetitive tasks so you can focus them on more valuable and rewarding work.”

“We also believe in putting you in control by providing intuitive, easy to use interfaces, so that configuring our robots for your specific task, is as easy as possible.”

Robotic arms can be used to automate a wide variety of repetitive tasks in manufacturing and research applications.

Inovo already has a range of “plug and play” modular components that can easily be assembled to suit a business’ needs, with an app-based software package guiding users through the configuration even if they don’t have previous experience working with robotics.

To date, this has been used in bakeries, science labs and spray booths within car factories.

The start-up is now focusing its attention on the creating a collaborative robot, which is currently in development, with consumer trials scheduled for mid-2019.

The main difference between this and other products is the cobot will be able to work alongside humans.

It will have a lightweight modular design so it can easily adapt to varying customer requirements.

Why Williams Advanced Engineering is interested in a collaborative robot

Williams has identified several areas where Inovo could benefit from collaboration with the manufacturing giant.

These include design and development of the electric motor and transmission, as well as thermal modelling of the drivetrain.

Williams Advanced Engineering managing director Craig Wilson said: “We are looking forward to working with Inovo as it develops its innovative technology.

“Alongside the investment, the teams at Williams Advanced Engineering will relish linking up with Inovo to deliver enhanced products for the market.”

Foresight Group’s senior investment manager Andy Bloxam added: “Inovo represents an opportunity to invest in a fast-growing segment of the robotics sector. We look forward to working with Henry and Jon to continue this.”