What is DAZN? The sports streaming service that signed Anthony Joshua 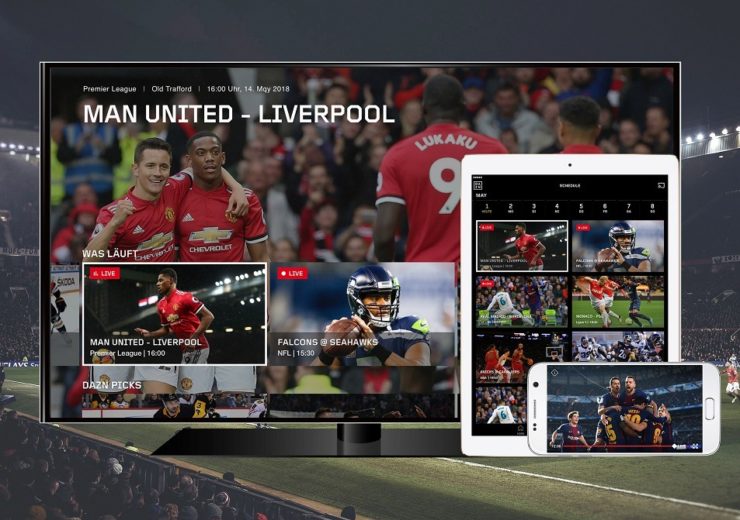 It’s been hailed as the “Netflix of sport” and the team behind DAZN will be hoping it can prove just as successful as its TV and film equivalent.

Aimed at those who feel paying around the $50 (£38) mark – depending on the profile of a fight – is a little steep for a one-off sports event, the subscription-based service is looking to do away with the pay-per-view model and usher in a new age of sports streaming.

Its 2018 signing of UK boxing star Anthony Joshua marked a particular high point in a three-year history of rapid expansion, with the company’s streaming of the 29-year-old’s 1 June fight against Jarrell “Big Baby” Miller set to act as a showpiece in a hectic 2019.

It originally intended to focus solely on fighting sports, but the company’s quick growth has led it to expand into a number of different areas such as football, American football, basketball and racing, in the form of the Premier League, NFL, NBA, and F1.

The streaming service is available in 1080p on various devices including computers, laptops, tablets, smart TVs and video game consoles.

An app is available for Android-enabled smartphones and tablets, as well as iOS 8.0+ devices such as the iPhone, iPad and iPod Touch, while DAZN can also be accessed via connected devices like Amazon Fire TV, Fire TV Stick and Android TV.

The company claims most of its events can be watched even if you are not in the corresponding country, but this requires an account with cross-border portability.

DAZN was launched by US multinational industrial group Access Industries, which retains 85% of the service, in Austria, Germany and Switzerland on 10 August 2016, before taking its service to Japan little over a week later.

In May 2018, it was announced the service would be expanding into the US, while also signing a major broadcast deal with Matchroom Sport, overseen by its managing director Eddie Hearn.

Set to last for two years through to May 2020, the $1bn (£750m) deal allows DAZN to stream 32 fights a year, including 16 British Sky Sports Box Office bouts and 16 in the US under the Matchroom Boxing USA banner.

Later in 2018, the company secured US boxing legend Sugar Ray Leonard as the voice of its broadcasts for the sport, before signing current heavyweight champion of the world Anthony Joshua and streaming his 22 September fight with Russia’s Alexander Povetkin.

By October, the streaming service had come to another lucrative arrangement with Mexican boxer Canelo Alvarez valued at $365m (£275m), allowing it to stream his next 11 fights.

Capping off an extraordinary year, DAZN then announced a three-year partnership with Major League Baseball in November, which involves it co-producing a live programme every night with insight and analysis of the games.

In addition to its streaming of Joshua vs Miller this summer, DAZN is looking to continue its global expansion.

North America executive vice-president Joseph Marowski said: “Anthony Joshua is the number one heavyweight in the world and DAZN is excited to deliver the British star’s much-anticipated US debut at the iconic Madison Square Garden.

“In New York awaits a hometown fighter in Jarrell ‘Big Baby’ Miller, who has been quite vocal about his plans to spoil Joshua’s stateside arrival.

“He poses a real threat to dethrone the heavyweight king in what will undoubtedly be a major international attraction and we are eager to see what will unfold 1 June on DAZN.”

On 27 February, it was announced the service was launching in Spain for the price of €4.99 (£3.75) a month, substantially lower than its prices across the rest of Europe, reflecting the reduced content initially available in the country.

The move also marks DAZN’s decision to make its equivalent to Netflix’s much-lauded Originals – content directed and produced by the company itself.

It has commissioned three 30-minute episodes of In Our Blood – a series celebrating the tradition of Spanish MotoGP riders – to mark the beginning of the sport’s new season.

CEO Simon Denyer said: “This is the dawn of a new era for Spanish sport fans as they join the revolution of flexible, accessible and affordable sport that we are rolling out around the world.

“Spain is a nation of sport lovers and they are ready for change – they want a better way to watch and we are incredibly proud to be making that happen as we expand our rapidly growing international business.”

DAZN is also planning to launch in Brazil in April, and has made a target of reaching 20 new markets by the end of 2020.