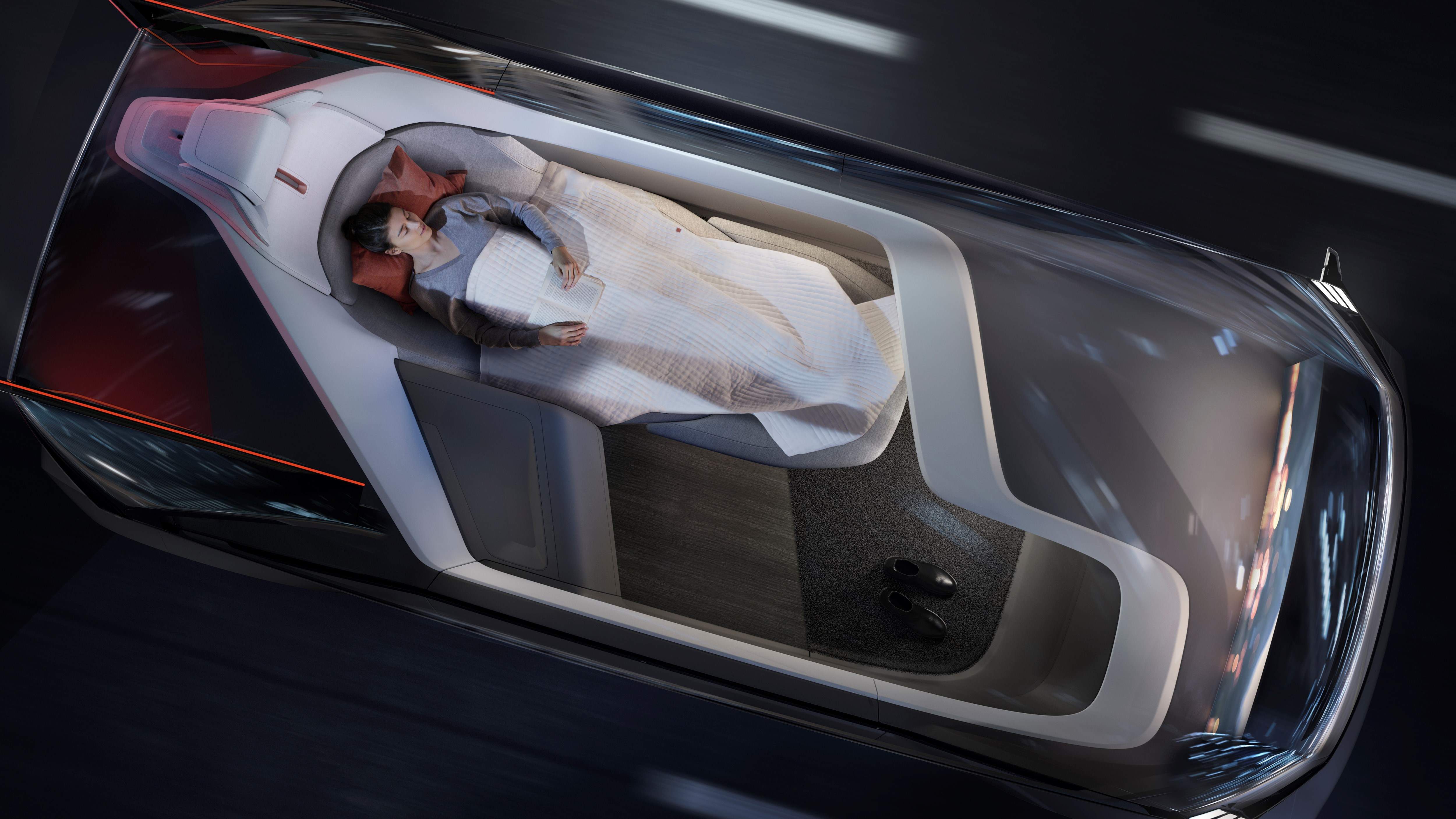 Volvo has revealed a fully autonomous sleeper car that it claims will change long distance travel.

Volvo claims the design of the driverless electric car – which does not include a steering wheel or a combustion engine – will free up enough space to make the car a bedroom, living room or mobile office.

Volvo president and chief executive Håkan Samuelsson said: “The business will change in the coming years, and Volvo should lead that change of our industry.

“Autonomous drive will allow us to take the next big step in safety, but also open up exciting new business models and allow consumers to spend time in the car doing what they want to do.”

According to the car manufacturer, 740 million travellers took domestic flights in the United States in 2017 – a market worth billions of dollars.

Volvo claimed that New York to Washington DC, Los Angeles to San Diego, and Houston to Dallas flights – all of which are some of the shortest domestic flights in the US – would be quicker by car when airport check-ins and waiting times are factored into the equation.

“The 360c represents what could be a whole new take on the industry.

“The sleeping cabin allows you to enjoy premium comfort and peaceful travel through the night and wake up refreshed at your destination. It could enable us to compete with the world’s leading aircraft makers.”

A launch video for the Volvo 360c showed a woman reading a book before bed in the science fiction cabin car, a group drinking around a table before a night out and workers on their commute.

Alongside its reveal of the 360c concept car, Volvo has called for a universal safety standard on autonomous vehicle communication with other road users.

It said the universal standard was necessary so that human drivers sharing a road with self-driving vehicles did not have to consider the manufacturer of a driverless car.

Volvo said the 360c would use a range of sounds, colour, visuals and movements to show other road users what it would be doing next.

Malin Ekholm, Vice President at the Volvo Cars Safety Centre said: “We strongly believe this communication method should be a universal standard, so all road users can communicate easily with any autonomous car, regardless of which maker built it.

“But it is also important that we do not instruct others what to do next, in order to avoid potential confusion. Our research shows this is the safest way for fully autonomous cars to communicate with other road users.”

In the cabin of its concept autonomous sleeper car, Volvo has looked at producing a safety blanket that would restrain passengers in a similar fashion to a seat belt.