Within the first three months of using the Thoughtonomy Virtual Workforce platform, East Suffolk and North Essex NHS Foundation Trust demonstrated how tech can be used for improving NHS efficiency by releasing more than 500 hours of medical secretaries’ time - while it could save an estimated £220,000 in associated direct costs by July next year 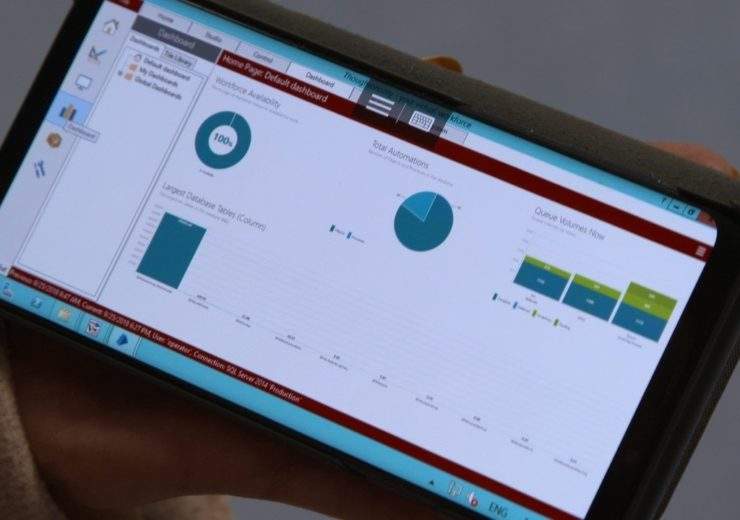 The Thoughtonomy intelligent automation programme that has been used to cut paperwork for medical secretaries (Credit: East Suffolk and North Essex NHS Trust)

Improving NHS efficiency could be made easier by new “robot medical secretaries” used by a UK health trust to cut paperwork for GP referrals.

East Suffolk and North Essex NHS Foundation Trust (ESNEFT) has worked alongside tech firm Thoughtonomy to reduce the time taken to process the first stage of a GP referral from almost 20 minutes to five minutes.

It means the intelligent automation programme will eliminate the need for staff to spend more than 100 hours per week processing paperwork and instead ensures referrals are actioned 24/7.

The artificial intelligence (AI) software, which has been running since July, is the first of its kind within the NHS and is initially being deployed in five specialist clinical units – neurology, cardiology, urology, nephrology and haematology.

Within its first three months, the Trust released more than 500 hours of medical secretaries’ time and estimated it will save £220,000 in associated direct costs by July next year.

Darren Atkins, deputy director of ICT within the Trust, said: “We’re delighted with the results we’ve realised so far and are hugely excited about the potential benefits of automating more processes across our Trust.

“When you look at the time and cost savings we’ve already banked within just one specific area of our operations, you start to get an idea of how intelligent automation can drive transformation on a huge scale within the NHS.”

As soon as a referral is received, the virtual worker reads the content and extracts the reason for referral.

It retrieves all relevant referral data and supporting clinical information, such as scan and blood test results, from disparate sources – before merging everything into a single pdf document.

The virtual worker then uploads the document into the Trust’s administrative systems using highly secure smart card technology and alerts the lead consultant that the referral is ready for review and grading.

Prior to the automation programme, medical secretaries were responsible for processing referrals manually, downloading and printing documents, which they then scanned into a new document.

In a large Trust such as ESNEFT, which deals with about 2,000 referrals per week, this was said to be a huge drain on medical secretaries’ time.

According to the Institute of Public Policy Research, automation could have a major impact on driving NHS efficiency by saving it £12.5bn per year – the equivalent of 10% of its annual budget.

In addition, it is estimated a further £6bn could be saved through automation in social care.

The recent Darzi Review of Health and Care called on healthcare bodies to “embrace full automation to release time to care” as part of a ten-point plan to future-proof health and care services in the UK during the 2020s.

Thoughtonomy’s automated referral process supports ESNEFT’s obligations to process all referrals via the eRS and to optimise its operations in line with the Paper Switch-off programme, which came into force this month.

It is intended to ensure patients receive a GP appointment eight days faster.

Frontline staff at ESNEFT have welcomed the new automated process.

Dr Petr Pokorny, a staff grade neurologist, said: “It allows for a more efficient, fluent flow of work, as it’s easier to deal with five new referrals every morning rather than a huge pile of 35 referrals once a week.

“What’s more, we now have our medical secretaries fully focused on the things that make a real difference to our staff and patients.”

Healthcare is the latest industry targeted by UK-based Thoughtonomy, which helps organisations to enhance the productivity of their workforce through the intelligent automation and digitisation of knowledge work.

It uses AI and robotic process automation software to emulate how people work, allowing companies to add flexible resources to their team without disruption and rapid return on investment.

Terry Walby, CEO and Founder of Thoughtonomy, said: “Intelligent automation has a massive role to play in streamlining time-consuming and inefficient processes across the NHS.

“By absorbing a wide range of time-intensive, repetitive tasks, we can unburden staff from administration and allow them, instead, to focus on delivering the excellent quality of care upon which we all rely.

“We’re delighted to be working with forward-thinking NHS trusts, such as ESNEFT, who are championing the use of AI and automation technology in order to deliver real benefits to hardworking frontline staff while reducing costs.

“This, in turn, translates into a better patient experience for all.”

Thoughtonomy, which was founded in 2013, works with more than 200 clients in 29 countries.

It has offices in London and Manchester in the UK, and New York and Austin in the US.