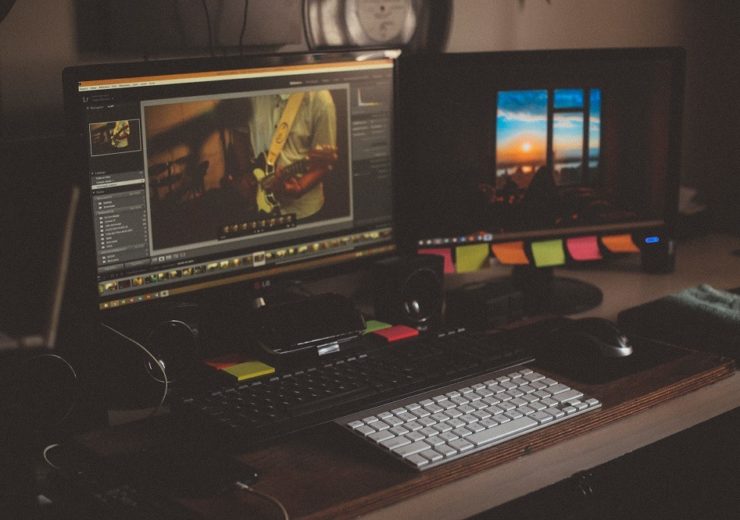 As the amount of multimedia content created by businesses continues to increase, the demand for video management software is on the rise. With this in mind, Imagen has created a video search engine that’s now being used by organisations including the English Premier League and Reuters, as CEO Charlie Horrell tells Sam Forsdick

When it comes to archive video footage, there’s not many bigger memory banks than the one held by Reuters.

Its collection features more than a century’s worth of footage, with 200 new video news stories added each day.

Sifting through all that would be quite the challenge for the poor soul charged with carrying out such a monumental task manually – but using Imagen’s cloud-based video search engine makes it easy to find particular events in a few clicks.

“We hold and distribute the video archive of Reuters, which stretches back to 1890 – essentially the beginning of video,” says CEO Charlie Horrell.

“At the last count, there were more than a million pieces of video in there but many of the older ones don’t have any metadata.”

Imagen’s software combines big data with voice recognition technology to make the audio searchable and find those videos that pre-date the internet era.

It means videos can be searched in the same way words are in a computer document.

Given that video files are estimated to represent 60% of all global data, their value could be lost without the power to organise multiple hours of content.

Horrell says: “Without the data, video is essentially useless because you’re blind to what’s on it.

“If you’ve got vast video files and have no idea where anything is, you’re never going to find it.”

An example of how valuable the software could be identified in its deployment to transcribe a sermon filmed at the International Church of the Foursquare Gospel – led at the time by noted American pastor Jack W Hayford – in Texas, in 1985.

The religious language was complicated, covering everything from hellfire to damnation, but he claims the speech-to-text accuracy was more than 90%.

Another prominent Imagen client is the Premier League, which uses the company to organise its historical archive of every top-flight match that has been played since the league’s launch in 1992.

“Any time a broadcaster wants to use a particular goal or highlight from a previous match, they can go through our systems for the download,” Horrell says.

“They could search for every goal scored by a particular player or highlights of a match between two teams in 2002.”

British sports analytics firm Opta provides much of the match day data, which helps to inform the search through Imagen’s portal for broadcasters like Sky and BT Sport – while also adding extra context like the team sheets, name of the officials and any key moments.

Additional information is then added by an outsourced team in Mumbai, adding second-by-second analysis on the match.

If a football match is played at the weekend, Horrell claims the metadata will be in place by the Monday.

Imagen brings its video management software to the US

The next stop on Imagen’s path to profitability is the US – an obvious market, perhaps, given the country’s obsession with sport and media.

Horrell claims: “There’s not a technology business anywhere in the world that has managed to be successful without a presence in America.

“It’s such a large market and has a lot of early adopters of technology.

“I believe that 50% of our growth will come from the US, so that’s our current focus.”

The company gained £6.5m ($7.9m) in series B funding in December 2018 and invested the money in building a New York team.

He adds: “We needed the firepower to hire a team for New York, and raised £6.5m ($7.9m) in venture capital in December.

“Without that, we wouldn’t have been able to secure the contract with the NBA.

“We are now in a good position to expand geographically and in terms of sectors to reach more customers.”

Despite doubling its revenue over the past two years, Imagen is yet to turn a profit.

However, Horrell believes this is nothing to be embarrassed about and now sees a clear path to profitability.

He adds: “A business like ours has a gross margin of about 90% – the repeat costs are very low – so it’s reliant on getting more customers.

“When I joined my previous company Diligent Corporation, worldwide revenue was $18m and costs were $18m – it had just got to the point of breaking even.

“It meant we had nearly $100m of capital by the time we sold the company.

“It suddenly reached the tipping point where there were enough happy customers to turn a profit.

“You can’t be complacent – you have to continue to grow and innovate to stay on top of your market, but if you get the basics right you can create a profitable business. That’s the aim of Imagen.”