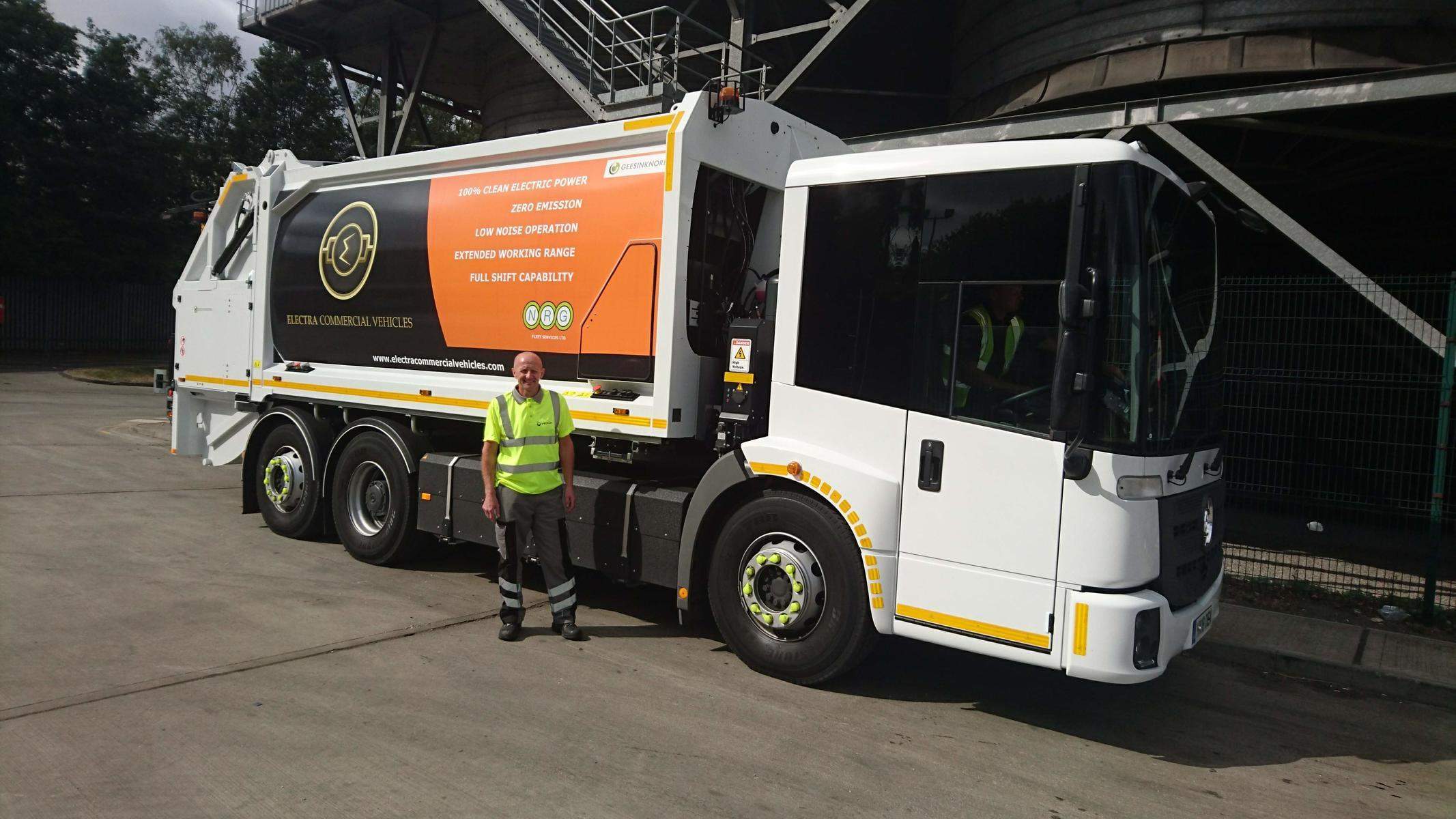 Banana skins and tea bags could soon be used to charge up all-electric bin lorries in a bid to make rubbish collection more eco-friendly.

The company said it expected to power the bin lorries with non-recyclable household waste at a later date.

“By working closely with our customers to deliver fleet solutions that lower emissions we help them ensure they deliver real value for money, and limit costs for local taxpayers.

“By recharging the vehicles from the energy recovery facility, this approach also show how local authorities and the public sector can drive sustainability and use green energy to address their environmental challenges.”

The rubbish collection lorries were in need of replacing, according to Veolia, and will have their lifetime extended by the conversion.

Publicly-run innovation fund Innovate UK has backed the trial with a £1.7m grant that will enable the lorries to run for two years.

Energy used by the first two vehicles to be rolled out in Sheffield will initially come from the company’s energy recovery facility in the same city.

Veolia claims it sends enough households waste to the site to power more than 22,600 homes.

Two more diesel bin lorries in London are also eventually set for an all-electric conversion as part of the scheme.

It is expected that the lorries will have enough power to climb 25% gradient hills, even when fully loaded, once they have been moved over to electric power.

The vehicles will also be able to run for a full day’s shift before needing to be recharged, according to BusinessGreen.

The all-electric bin lorries are not the waste management company’s first foray into the eco-friendly vehicle space.

The firm introduced the UK’s first electric, zero-emission street sweepers that are expected to stop 78 tonnes of carbon dioxide from entering the atmosphere every year.

The emissions saved by the five electric sweepers in operation is equal to removing 33 cars from the road, according to Veolia.

Electric vans owned by the company are also being used at hospitals in Liverpool and Southport, where it has contracts.