The use of big data analytics has helped everything from water management in the Netherlands to both the retail and insurance industries to undergo digital transformation, as proven in a number of case studies at the Gartner Data and Analytics Summit 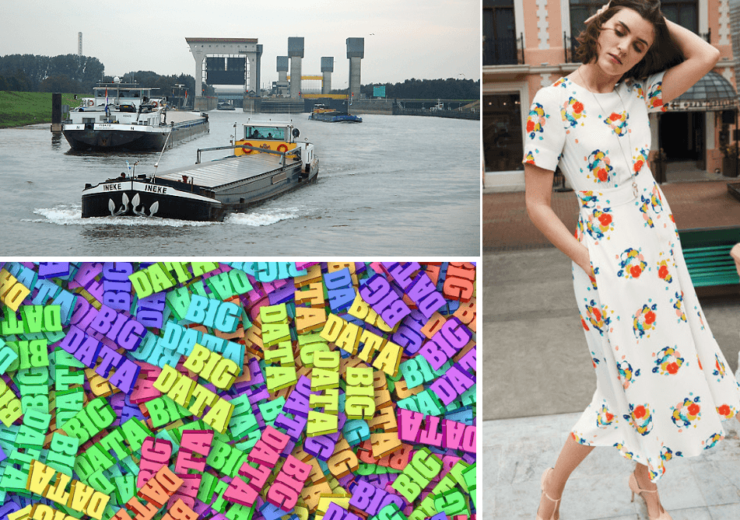 From defending the Netherlands against the type of flood that claimed 1,800 lives 66 years ago to helping fashion brands sail confidently through the perilous waters of online shopping, the use of big data analytics has never had such a profound effect.

Sensor technology interconnected through the Internet of Things (IoT), artificial intelligence and data analysis have been applied to water management to keep Dutch communities safe in an era when climate change is beginning to cause the country real concern.

And in business, they have traditional industries such as retail and insurance to meet customer demand and improve internal processes.

A range of case studies were put forward at the Gartner Data and Analytics Summit in London this week to highlight how almost any sector or business function can undergo digital transformation through intelligent data insights.

Our reporters Dan Robinson, Sam Forsdick and Peter Littlejohns picked out some of the best examples.

Use of big data analytics in fashion industry

Ever since the 2008 financial crash, the fashion industry has had to get used to the fact consumers are now shopping on a “buy now, wear now” basis – as opposed to buying clothes a few months ahead of an occasion such as a holiday.

Alex Ives, an enterprise architect at UK online clothing brand Boden, says: “There’s a cluster of many different brands all competing for the same consumer spend so there’s a lot of discounting.

“As consumers had less to spend following the crash, people are no longer planning their range of clothes for when they go on holiday in a few months’ time.

“Instead, they’re buying things when they need them. It means we’re releasing products earlier and we’re having to change to this shift of ‘buy now, wear now’.”

For an industry that has been used to preparing for seasons more than a year in advance, it’s posed significant technical challenges in managing stock and providing a personalised experience for customers.

Buying versus selling for fashion retailers

Boden, a London-based brand that primarily serves its two million customers through online and mail-order, has had to refresh its approach to stock management.

Alex says this has involved controlling its “terminal stock” – end-of-season lines that retailers will often put in a clear-out sale.

“We have to get rid of it all before we can bring our new products in, but that’s really difficult when we want to mark it down in price.

“The new products have small changes to bring them in line with trends. It might the same shirt with slightly different spacing between lines or a new kind of stitching.

“So if you have a similar product marked down, then consumers will go and buy that older one rather than the new one, which is really bad for our margin.”

It means data is used to adapt the frequency and amount in which new stock is bought, so Boden isn’t left with too much old stock to flog while promoting its new lines.

The company must also be reactionary to new trends that might pop up out of nowhere.

For example, when the Duchess of Cambridge was photographed wearing a Boden coat – instantly making it a sought-after product – the company needed to make the garment easier to find and buy on the website.

“There’s a very different requirement for how we manage data from a buying and selling perspective – with selling, we need to be very fast,” he says.

Omnichannel is another key consideration for retailers, as consumers expect a seamless experience between shopping online and in-store.

This means companies have been forced to ensure customers can buy goods at the same price via either platform, are able to pick up deliveries from their nearest shop and return them at any branch.

Getting all this right is crucial as the pitfalls of failing to adapt are stark. Clothing retailers like House of Fraser, New Look and Mothercare all collapsed into administration last year, while Debenhams this week reported a profit warning.

Alex adds: “We have to meet the expectations by providing a seamless experience because if we don’t, people will just shop elsewhere.

“We have to be much more agile in how we provide products to those consumers.

“Also, to stand out in this crowded industry, you have to be able to personalise your experience and treat customers as individuals so they feel more connected to your brand.”

Use of big data analytics, AI and IoT in keeping Netherlands dry

Why does the Netherlands have to worry about climate change?

There’s a reason the Netherlands – one of the world’s most densely populated countries with 488 people per square kilometre – translates as “low countries”.

And with climate change threatening low-lying communities as sea levels rise, the country needs to defend itself against potential flood risks – with technology becoming a big assistant.

“But we’re one of the most advanced countries in water management and there’s a full ecosystem in the Netherlands to manage this.”

How IoT and AI are used in Netherlands water management

Sensor technology is all the rage in the Netherlands, with internet-enabled devices connected to each other and feeding data back to a central hub so the public authority can understand what’s happening.

These technologies are both in operation at the Prins Bernhard Lock, based in the Dutch town of Tiel – located next to the Waal and Linge rivers, as well as the Amsterdam-Rhine Canal.

Its main feature is a huge door that is raised and lowered to manage the water flow in the canal, but Mr Bakker explains how if the door stops working, it can cost one million euros to replace.

Therefore, it uses edge computing – a decentralised server that can analyse sensor data closer to the location where it’s needed, in this case the lock – to understand in real time what’s happening in the canal, such as how busy it is and when the gate is being opened and closed.

“It’s good for maintenance detection because if something is breaking down, we can fix it straight away,” says Mr Bakker. “If you need to change one of the ropes, that’s obviously a lot cheaper than changing a door.”

Direct insights are provided to the lockkeeper, as well as the Ministry, via an app to help them make a decision on operating it.

The technology can also prevent fraud by flagging up if a contractor is carrying out maintenance on a site more often than necessary in order to charge more for the service.

Keeping Rotterdam safe from floods through use of big data analytics

The Delta Works is a series of 13 construction projects in the south-west of the country to protect a large area of land around the Rhine-Meuse-Scheldt delta from the sea.

It is the largest man-made flood defence in the world and was built after the huge North Sea flood in 1953, which killed 1,836 people.

But it takes nine hours to close all the gates in an emergency situation, meaning technology is needed to detect and predict when weather is forcing sea levels to rise.

Research suggests a week of flooding could result in 2.3 million victims being harmed in some way and cause 121bn euros worth of damage.

But on the other hand, the Port of Rotterdam is the largest in Europe and one of the busiest in the world, meaning it could cost £130m a day to close it down.

SAS Software is installing extra sensors to take measurements such as water levels, flow rates, wind speed and its direction.

Mr Bakker says: “As soon as you realise it’s going to be a dangerous situation, there’s a warning system and everyone will get a message.”

Use of big data analytics in retail

UK supermarket chain Sainsbury’s was struggling to share business intelligence and data around its 1,400 stores across the UK.

But it has used new technology to bring its staff closer together and understand common goals.

Keith Guthrie, head of business intelligence reporting and tooling at Sainsbury’s, says: “You can’t solve problems with data alone, you need software and people with the expertise to use it.”

The company was struggling to easily share information between colleagues, leading to ambiguity over company policy and different interpretations of the same data.

The solution was to move away from internal messaging systems to produce a reports app for people who work at the company.

Mr Guthrie says: “Our vision was to give colleagues smart insight in the palm of their hand, helping them focus on what’s important, while also bringing the business closer together and connecting colleagues wherever they are based.

“We worked with our store staff and found out they wanted to focus on what’s important.

“Previously, our colleagues had access to a portal that had more than 300 pieces of information on it, which made accessing the piece of information they needed difficult.”

He argued that working on mobile devices brought the information directly to store staff and many of them were already familiar with the technology.

Mr Guthrie adds: “Because we listened to our customers, because our work was agile and because we were able to add features over time, we’ve had excellent feedback.”

Use of big data analytics in insurance

The Lloyd’s of London insurance market, a UK hub for insurers to provide the capacity needed to cover larger risks, hasn’t always been noted for its agility and adaptability.

But it is in the midst of becoming a data-driven organisation that’s now harnessing the power of AI to learn “insurance language” to help provide firms with information about legislation in various international markets.

The technology was implemented within Lloyd’s International Trading Advice (LITA), a consultancy within that gives insurance companies regulatory information about the countries in which it operates.

Nick Blewden, head of data product development at Lloyd’s, says: “There are more than 200 geographies within Lloyd’s, each with their own regulatory rules and conditions, and we get a lot of questions about compliance and conditions within each area.

“So we trained an AI natural language processing model to learn the English language to start with, then insurance language, and then language specific to Lloyd’s insurance claims.

“We fed it all the regulatory advice for Australia to start with, and then we deployed it so that when we receive a question from the market, the AI then finds the article, finds the relevant information and then gives an answer to the support team.”

Despite a general fear across all industries about the implementation of AI leading to job losses, Mr Blewden claims the LITA team is assisted by the AI, not replaced.

“What we haven’t done is sack a load of people in our support team, what we’ve actually done is enabled them to scale across more geographies and actually respond faster,” he says.

“The average response time was four days, and now it’s down to one day, and we’ve been able to cover a lot more geographies than we used to with that service.”

Lloyd’s has also ensured its staff have become data literate, while its data lab team gathered every premium transaction from the past 13 years and put it into a single dashboard.

This meant the business development team could gain insights from the data to work out where they could make moves in the market.

The finance and procurement department was given a similar dashboard to highlight where costs could be cut more effectively.

Mr Blewden adds: “We put all of their data together, automated it on a daily basis, gave them the insights they wanted and put them on a website so that everybody could see it.”