The UK will have hybrid battery trains running next year after Chiltern Railways announced plans to replace its existing diesel fleet with the more environmentally-friendly option, which is also expected to cut costs and shorten journey times 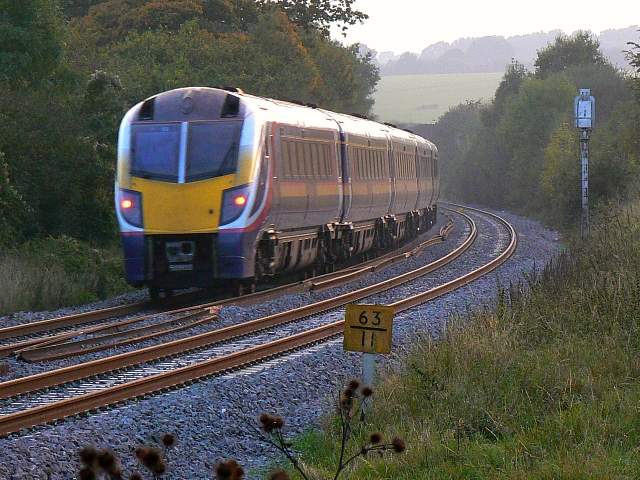 New hybrid battery trains are to be introduced to the UK’s rail network next year, cutting pollution and fuel use by 25% – while also shortening journey times by boosting reliability.

Chiltern Railways is working with rolling stock leasing company Angel Trains, which is investing £3.5m in research and development, to convert its diesel-only fleet into retrofitted electric hybrids.

The new Class 165 HyDrive trains, which will operate on the company’s network that runs from London to Birmingham, Oxford and Aylesbury, are also expected to save Chiltern money by removing the need to install overhead wires for electric trains.

Dave Penney, managing director of Chiltern Railways, said: “The Class 165 HyDrive will reduce emissions and help us be a better neighbour as well as answering the government’s challenge to reduce carbon emissions from the railways.”

The UK government had planned to electrify large parts of the Chiltern railway network, which it predicted would reduce running costs, speed up journey times and cut back on emissions.

It put the project on the back burner last year, however, as it was struggling to deliver other schemes that had been in the works for longer.

The Class 165 HyDrive train is expected to deliver the same results as electrifying the railway by using excess power generated by braking to charge its battery – therefore powering its electric motor to assist the diesel engine in propelling the vehicle.

This will increase its range, removing the need to refuel, and subsequently lead to more available trains at any given time, which will shorten commuter journey times.

Angel Trains described the diesel and electric hybrid as an “industry-first transformation”, and expects it to be ready by late 2019.

Transport Secretary Chris Grayling cancelled plans to electrify rail routes from Cardiff to Swansea, Sheffield to Kettering and Windermere to Oxenholme, while also stalling the Leeds to Manchester line development.

He has since called for alternatives, including hybrid battery trains.

But their high cost, coupled with that fact that many operators across the county are engaged in contracts to lease diesel vehicles, may prove a barrier to this.

Today (19 September), rail minister Jo Johnson also announced £3.5m worth of funding is to be made available for innovative ideas that will transform the rail industry for passengers.

He said: “There are many brilliant ideas already out there that, with just minor modifications, could help to transform rail journeys for passengers across the network.

“We want to hear from those companies whose projects fit this template because we can offer them the grant funding to make that a reality.

“We are investing in the biggest rail modernisation programme since Victorian times and we want to put passengers at the heart of everything we do.”