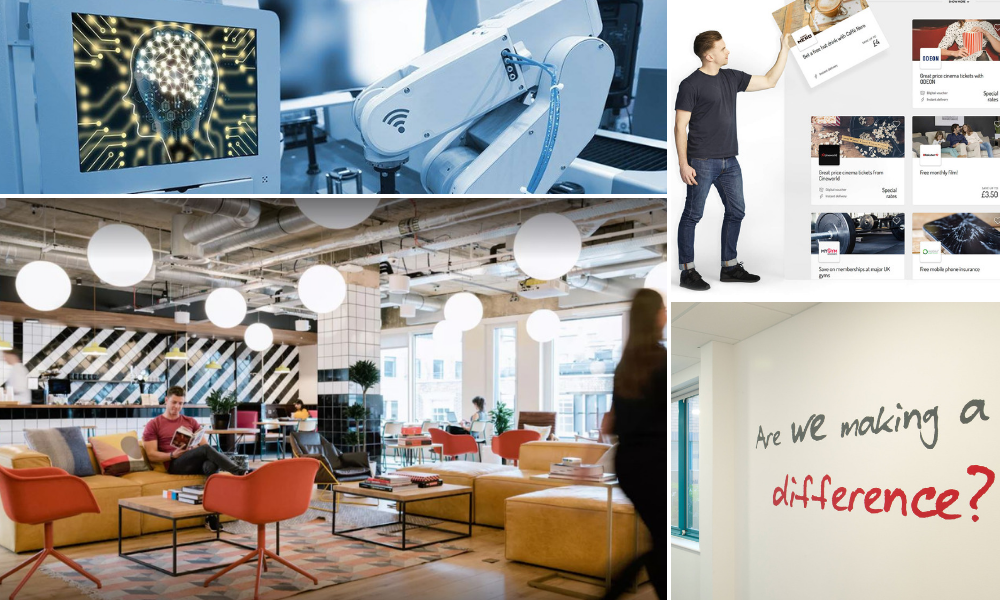 From developers of automation software that can do human workforce tasks to cashless pocket money platform providers, Britain’s fastest-growing technology companies are laying the groundwork for how a future world will look.

The Sunday Times Hiscox Tech Track 100 features some of the most exciting young businesses coming out of the UK right now, ranking 100 private companies according to annual sales growth over three years.

But there are also plenty of companies flying under the radar that are making huge contributions to the UK’s thriving tech scene – and have now received lofty recognition.

We profile the top ten from the list, which can be viewed in its entirety here.

Founded in 2013, its software platform allows clients to monitor their telecoms in real time so they can gain a better understanding of usage and receive alerts if there are any bill shocks.

Working with about 650 network partners, it packages tariffs under its own brand and sells through bespoke contracts to more than 100,000 businesses.

PsiOxus, which says it aims to be the world’s leading cancer gene therapy company, develops viruses that attack cancerous cells.

The firm was founded in 2010 after a merger between spin-out from Oxford University and Imperial College, and has since raised £55m in investment to help bring its treatments to patients.

McDonald’s, the European Central Bank and Heinz are among the 4,000 organisations that use CensorNet’s cloud security software.

It protects email, web and cloud applications, as well as IT systems with identity and password verification, on a single management dashboard.

While some may worry about the effect the tech has on job security, the company says it frees up time and allows workers to focus on higher value tasks.

It provides a pool of digital labour direct from the cloud, allowing clients to rapidly increase productivity without lengthy change programmes or costly transformation intiatives.

Such is the competition between businesses now that employee perks can be the difference between successfully hiring a chosen candidate and missing out on them, or retaining and losing the best talent.

Perkbox does as its name suggests by working with employers to help them engage with and motivate staff through various exclusive deals and discounts from partners, including free mobile phone insurance and cheap cinema tickets.

Since its birth in 2010, the platform has built up an end user base of 500,000 employees from 25,000 companies, while its growth has been helped by a £6.6m funding round and its acquisition of software firm Loyalty Box last year.

When mobile phone users browse the internet or open an app, there’s a good chance their data is being dissected by Ogury.

The company has access to more than 400 million mobile phone users in 120 countries, and is able to provide the “most comprehensive, 360-degree view of global user behaviour” to help marketers and app publishers, it claims.

Set up in 2014, its clients include eBay, Nike and McDonald’s, with 12 offices worldwide.

Word of mouth is often a bonus for many organisations when it comes to marketing, but Verve boasts it can turn this into clients’ “best sales channel”.

The company has enlisted more than 25,000 “micro-influencers”, who use the platform to sell event tickets to members of their social groups in return for rewards like VIP and backstage passes.

Founded by brothers Liam and Callum Negus-Fancey – aged 25 and 28 respectively – in 2014, it has sold more than 500,000 tickets for events like Reading and Leeds Festival and Bestival, secured £22m in investment and bought student travel firm JusCollege for $25m (£19m).

Many of us will remember those momentous occasions during our childhood when a parent would hand over a few coins, or even an actual bank note, as pocket money.

But as money goes increasingly cashless, goHenry has identified how this could help young people to learn how to manage finances.

It issues pre-paid Visa debit cards, which are topped up by parents via an app, to youngsters aged six to 18.

Parents can opt to receive alerts when children make purchases in shops and online, impose spending limits and set up financial rewards for carrying out chores – while kids can see how much they are spending and saving.

Darktrace has created cyber security software that uses machine learning to mimic the human immune system, which can learn to cope with specific threats as it develops.

The AI programme analyses users’ network traffic to build a picture of the system’s normal operations and then quickly detects unusual activity that could indicate a malicious attack.

Since transforming from a flash sales website four years ago, it has connected buyers and sellers across 47 countries, using algorithms and integrations to help companies grow their online sales.

It plans to raise more than £60m in funding by the start of next year.