Despite the construction delays, Tottenham fans can now boast one the most advanced stadium in the country - complete with “world-first” moving pitch technology and beer pumps that fill from the bottom up 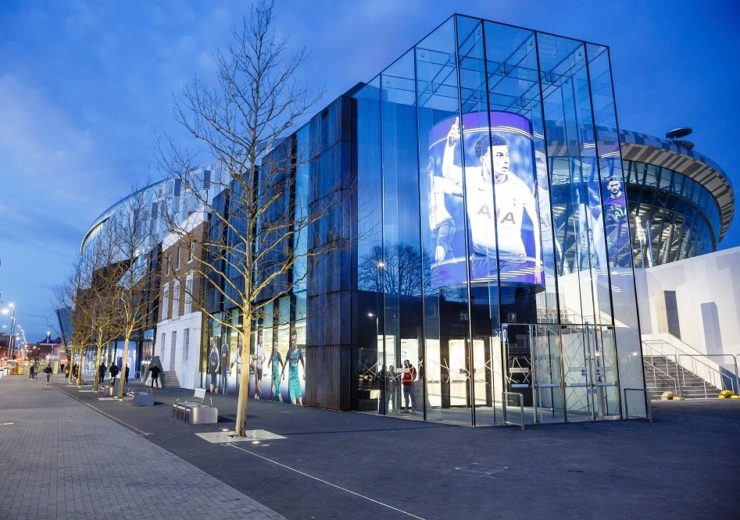 Seemingly no expense was spared in the construction of Tottenham Hotspur’s new £850m stadium, which is full to the brim with innovative technology and nods to its former ground.

The attention to detail at Spurs’ new 62,062-seater ground – which finally opens fully tonight (3 April) for a Premier League fixture against Crystal Palace after an eight-month delay – includes recycled materials from White Hart Lane being used to make the stadium floor.

Even air rifle bullet holes, caused by ex-midfielder Paul Gascoigne three decades ago, have been added to the replica cockerel that sits atop the South Stand.

It has been described as the most technologically advanced football stadium in the country, with innovations stretching from the stands down to the pitch itself.

A new state-of-the-art retractable pitch is one of the highlights of the Tottenham Hotspur Stadium.

The London ground will be home to Spurs most weekends but will also host NFL matches and concerts.

The two sports require different pitches – in order to solve this issue, the engineers who designed the stadium came up with an innovative sliding pitch design that the club claims to be a first of its kind.

When transitioning to the artificial NFL surface, the grass pitch splits into three sections, each weighing more than 3,000 tonnes.

Some 68 electric motors power the 168 wheels that carry the sections under the stadium.

It takes over an hour to split the pitch and convert it into an NFL pitch.

Nick Cooper, moving structure lead for the stadium, is particularly proud of the fact it was made by exclusively using British materials.

He told Compelo: “Every bit of steel was made in Lancashire and the moving structures were made in Sheffield.

“There is a tendency to look overseas for this stuff but it can all be made in Britain, and everything on the moving pitch was.”

The modern groundsman is more of a scientist than a horticulturalist, with as much attention paid to the playing surface as the players that run upon it.

The new Spurs pitch is no different, with the latest grass-growing tech being implemented to ensure the perfect playing surface.

The 120-tonne lighting system features 863 lights and is suspended over the pitch in order to make sure every blade is covered.

Similarly, when the grass field is in storage underneath the ground, subterranean LED lights keep the grass growing.

Mr Cooper said: “There is a pitch life-support system in the garage, in order to make sure the pitch is green after its been kept in storage.

“It’s been in there for four days recently and it’s come out perfectly fine.”

He explained that a vacuum can be created in a Permavoid water management system – a milk crate-style scaffolding that creates a void underneath the pitch.

This means that if it rains, the staff can create a vacuum to draw more water in through the pitch and when more oxygen is needed to get to the roots, they can blow in air.

Mr Cooper added: “One of the best ideas came from the groundsman, who suggested connecting the grass pitch to the synthetic one.

“People will say he has no right to come up with engineering solutions but too often we are snobbish about the academia and we should listen to the people who actually do stuff.”

The installation of this technology into a moving pitch is unique to the Tottenham ground.

The Tottenham Hotspur Stadium – which may yet be renamed once the club secures a sponsor – will feature 1,800 HD TVs as well as the two biggest screens in a Western Europe football ground – measuring 317 sq m each.

Around the ground, screens are used to help guide visitors, while in the dressing room, screens will replace the player names and numbers that normally sit above the players’ seats.

This allows the information to change depending on which team is playing and where supporters need to be directed.

Replacing the old-school whiteboard and pen is a touch-screen TV that will be used to give tactical information to the team ahead of games, while the auditorium and press conference room doubles up as a cinema.

Spurs fans will be particularly pleased to know this tops the total screen area of the Emirates Stadium – home of their rival team Arsenal – which has 144 sq m of screens.

Spurs fans will now be able to tweet from their seats thanks to additional Wi-Fi and mobile connectivity.

The 1,600 wireless access points have the capacity for 65% of the 62,000 crowd to stream live video at the same time with no disruption.

The additional connectivity will also help the stadium staff, with the communications infrastructure, provided by technology firm Mitel, connecting the fans and club.

The business communications company’s technologies will help to personalise the fan experience and connect staff.

For example, when fans call the box-office their customer history will be brought up to help speed up the process and make the experience more personal.

Employees will also be able to work from anywhere using a mobile device to collaborate and communicate with each other while on shift – using Mitel’s systems and the HPE-installed Wi-Fi.

Head of Mitel UK Richard Roberts said: “The Connectivity here is built for the demands of tomorrow.

“These facilities are not easy to put Wi-Fi in, there’s a lot of metal and very large rooms, so making sure that you have seamless coverage, without any dip is an amazing achievement.

“What’s being provided in this facility should guide every commercial entity out there.

“You need connectivity and insight to allow people to collaborate in real-time, improve the customer experience and increase loyalty with the brand.

“Whether you’re a football club or an insurance company, the outcome is the same.”

Draught beer that fills from the bottom up

The magnetic technology, which pumps beer directly into the base of the glass, has been installed at several of the bars around the stadium.

Tottenham claims up to 10,000 beers can be poured a minute thanks to the new tech by US company Bottoms Up Beer.

The bottoms-up pumps will prove particularly useful on the 65m-long Goal Line Bar – the longest in the UK.

Throughout the stadium’s 60 food and drink outlets, cash cannot be used.

The club claims to have made the decision to go cashless in order to modernise, speed up service and be more hygienic for the catering staff that are handling food.

Some 878 contactless payment points are distributed across its bars and restaurants, which will allow customers to pay with a tap of their cards, through a mobile device or via their season tickets, which can be topped up with funds.

The contactless tech is also used for supporters to enter the ground with digital tickets, accessed via a stadium app that can be used to scan through the turnstiles – giving a modern feel to the old football gates.

The new app – made by London event tech firm LiveStyled – also features an interactive map of the stadium and a navigation system to guide fans to their seats.