A virtual workforce might be a scary prospect to some, but Thoughtonomy founder and CEO Terry Walby insists that automating certain tasks can free up employees to do more valuable work. He explains how to Dan Robinson 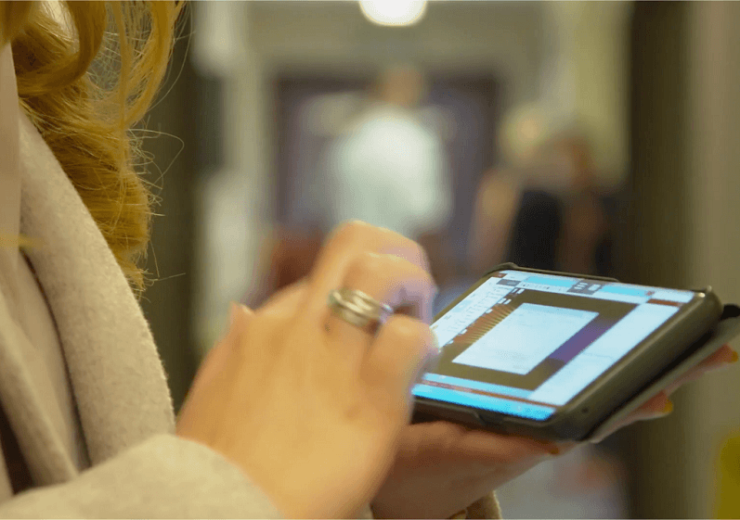 The London company is one of UK’s fastest-growing tech start-ups, trebling revenue in the past three years

Whether it’s processing invoices or reading out scripts to customers in a call centre, certain repetitive tasks have been boring workers for generations.

As the adoption of artificial intelligence gathers pace, concern is spreading about what the future holds for the people occupying jobs that can be replicated – and even improved – by robots in a virtual workforce.

But for Terry Walby, this technological revolution represents an opportunity to release humans from menial tasks and instead give them the creative freedom to add more value to a business.

“We employ very skilled people and then give them some mundane jobs that don’t add to profit growth, revenue or productivity,” says the 50-year-old founder and CEO of Thoughtonomy – a company supplying “virtual workforce” robotic process automation (RPA) software to some big names in business and the public sector.

“People don’t train to be an accountant so they can process an invoice but it’s what they end up doing.

“If you can give some software a set of rules to do that task then you can make the processing much more efficient.

“It then frees up that trained accountant to do more valuable things for the business – and something the person will get more enjoyment from at the same time.”

What is Thoughtonomy? How the virtual workforce operates

Terry insists his company is “automating work, not jobs”. Of course, he might be expected to say that given his field of work but he is able to back up his claims.

With a background in IT services, outsourcing and enterprise software at companies like IBM and General Electric, he founded Thoughtonomy in 2013.

These are jobs that involve handling information, such as software engineers, physicians, pharmacists, architects, scientists, design thinkers, accountants and lawyers.

Known as a “virtual worker”, the technology can be trained to do repetitive tasks so that human workers’ time is then freed up to carry out more valuable tasks.

Terry explains: “Effectively it’s software that emulates a human worker in terms of processes, workflows, decisions they make and actions they take using the same business systems a person would use.

“It’s digital labour that needs to be taught a process but can then do any repetitive task, such as patient registration for clinical care, invoice processing or customer on-boarding.

“Then it’s able to learn from the execution in order to improve over time.”

Since being one of the first companies to be set up at the WeWork co-working space overlooking London’s Tower Bridge with a small presence, Thoughtonomy has expanded its footprint and now employs 100 staff from that office and others in Manchester, New York, Austin and Poland.

It ranked fourth in The Sunday Times Tech Track 100 this year, a list of Britain’s fastest-growing private tech firms, after a 200% growth in revenue over the three years to May – when turnover reached £16.9m.

The company now serves more than 200 clients across 29 countries with a virtual workforce.

Explaining the rapid growth, Terry says: “We’ve realised the value we can add to organisations of all shapes and sizes.

“Everyone who has knowledge workers in their business has inefficiencies so we’ve found it’s very applicable across markets, customers and geographies.

“It’s quite hard for tech solutions to address business values quickly but we’ve found a way of adding complex tech to businesses to provide that value.

“A lot of that is due to the way we deploy AI because it’s designed to be frictionless.

“If we can deliver improvements without the need for huge change, then we remove a lot of the barriers – whether that’s cost, complexity or time.”

Will a virtual workforce take away jobs?

The idea of change is something humans don’t like at the best of times but when there are fears jobs could be on the line, it’s even worse.

For workers with low education, 44% could see their skills go out of business by the mid-2030s.

While Terry understands these fears – and admits it’s “economically sensible and the natural order” to use robots to improve efficiency – he insists the Thoughtonomy virtual workforce technology is not designed to replace human workers, but to help them be redeployed into a more valuable area.

He says: “If people think about it as threatening and taking away people’s jobs, then there’s a reluctance from companies to socialise it and promote what they’re doing.

“But as our adoption has grown, there’s a realisation that we’re not automating jobs here – we’re automating work.

“We’re not taking away jobs but freeing up capacity so people can do more.

“People will rise to focus more of their time on the emotional – customer relationships, the creative and intuitive, things that are unique traits of humans.”

People will also be needed by companies to build workflows and train the robot workers, but deeply technical skills like coding won’t be a requirement.

“It’s about making decisions and logic, as opposed to the technology,” explains Terry.

“The ingredients required for an individual to be an expert aren’t necessarily anything different from someone who can configure an app on their iPhone.

“We quite often as a society think the person on the street isn’t able to do the digital skills needed for tomorrow.

“People’s ability to use technology when you’re presented with an intuitive interface is underestimated.”

NHS and Hovis are examples of employing a virtual workforce

One of the company’s recent successes has been a partnership with East Suffolk and North Essex NHS Foundation Trust in the UK.

It has eliminated the need for staff to spend more than 100 hours per week on paperwork and is expected to save £220,000 in associated direct costs in its first year.

Darren Atkins, deputy director of ICT at ESNEFT, says he is “delighted” with the results and is now looking at the prospect of automating more processes across the trust.

“When you look at the time and cost savings we’ve already banked within just one specific area of our operations, you start to get an idea of how intelligent automation can drive transformation on a huge scale within the NHS,” he adds.

Wiltshire Council, in South West England, and Scotland’s Renfrewshire Council are examples of other public sector bodies that have implemented the technology to automate processes in revenues and benefits, while it is also reaping benefits in business.

Hovis, one of the UK’s largest and oldest bakery brands, has a variety of legacy IT infrastructure and, with many repetitive, monotonous and intrinsically linked processes generated within its IT function, was faced with three options – stand still, spend a large amount of time trying to integrate these processes and systems, or to automate.

It decided for the latter and has managed to shift staff attention away from these labour-intensive and time-consuming tasks so they can instead focus on improving accuracy and delivery.

The Thoughtonomy intelligent automation software has been used to improve responsiveness and ensure accuracy within Hovis’ IT function by providing a tactical tool available around-the-clock, virtually eliminating errors in areas such as master data updates and scheduling.

There are now plans to automate finance and HR functions, with the bakery’s supply chain planning and information services director Dominic Howson saying: “Why would you have someone creating accounts all day when they could be ensuring that invoicing is being managed correctly?

“Intelligent automation is definitely a better alternative to outsourcing.”

While their business aims differ, the way success is measured remains the same – the number of hours of staff time that is liberated through automation.

“That’s really important because in our experience, pretty much every organisation is constrained by their access to skilled workforces,” says Terry.

“If you had more time from your people, you could be more successful and efficient because of the lower costs.

“We’re releasing the time in which they’re doing mundane things so they can do more things that add real value.”

Benefits of a virtual workforce

For many companies, there will be obvious benefits for automating some workplace tasks.

“Humans are not processing machines and can be prone to tedium and error,” says Terry.

“People need social interaction and breaks. We have different states of mind, and can take our skills and knowledge with us when we leave an organisation.

“The smart ones are those that take the lead in adopting tech, and realising it’s good for their business and staff.

“The medical secretaries at ESNEF are delighted – they aren’t doing something they didn’t enjoy and are spending more time doing things they trained for.

“So it’s creating a better workspace for both the employer and employee.”

Alongside freeing up human workers’ time, Terry believes there are other business values in using virtual workforce technology.

He points out that when a person carries out simple tasks, there is no official record of how long every step takes – from pressing buttons to making basic decisions.

But a digital footprint is created by automating that process, which can then be used to understand more about it and drive further efficiencies.

“Actually, the data is the foundation for AI,” explains Terry. “So if you can get it to understand and learn from that data, it becomes autonomous.

“If I do something at 3pm, it might take five minutes but at 3am, it could be 30 seconds. It’s essentially self-optimising from the intelligence of what it’s doing.

“And because a robot doesn’t have set working hours, it doesn’t matter if it’s doing tasks in the middle of the night.”

While some may expect companies to shed employee numbers once they’ve realised the benefits of a virtual workforce, Terry believes the most successful will be those that use their additional manpower to find new revenue streams.

He adds: “We’re now starting to see organisations that are building new processes and commercial models with a completely different approach because they aren’t constrained by how many people they have and what they pay them, but constrained by their ideas.

“They’re launching new departments, products and services – or even new businesses – and this secondary market is really exciting.”