Capgemini and Spalk are among the technology businesses helping to innovate rugby through VR fan engagement, data insights and a virtual commentary studio 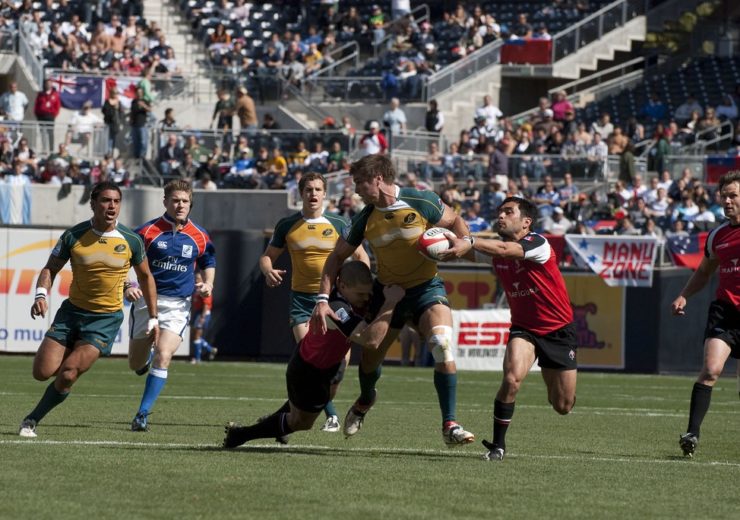 The World Rugby Sevens has been a testing ground for technology (Credit: Flickr/The National Guard)

It’s one of the world’s most popular sports but rugby has long fallen behind the likes of football, tennis and American football when it comes to technology – until now, it seems.

Companies large and small are trying to move the game forward by taking advantage of datasets created by GPS trackers and cameras to generate more insights for teams, while virtual reality (VR) is helping to bring in more fans by creating immersive experiences.

Broadcasters are also benefitting from more intelligent dashboards featuring key real-time information on players and teams, while new software has equipped commentators with the tools to describe games from the comfort of their sofas if they can’t attend a live match.

Tech consultancy Capgemini is one of the main players in this movement and has teamed up with World Rugby, the sport’s global governing body, to be the global innovation partner of the men’s and women’s HSBC World Rugby Sevens Series.

Ahead of the London Sevens series on 25 and 26 May, the €1.57bn-turnover (£1.4bn) company hosted an event at its London office this week to showcase how it has brought technology to rugby alongside start-ups over the past 18 months.

“Through our fan experience, match predictors and use of artificial intelligence, we’re bringing our expertise in innovation to this sport and it’s really paying off in spades.”

How Capgemini is using technology in rugby fan engagement

When fans turn up to the London Sevens tournament at Twickenham over the spring bank holiday weekend, they will be invited to wear VR headsets at stalls within the stadium to have a go at taking a rugby penalty kick.

They’ll be given instant feedback on how hard they struck the ball, how their kick was affected by wind resistance and other factors that help participants to gain and understanding of all the elements a professional player has to consider when taking a kick.

With former pros including Bryan Habana and John Eales having played the game, fans can compete with legends of the sport.

A match predictor offers further interaction with the competition, as fans can select their expected winners and margins of victory for every game in a fans’ league.

Users can pitch their knowledge of the game against the AI-powered Capgemini Bot to see if they can come out on top in predicting outcomes.

To date, the tool has been used by 90,000 people, with the average match predictor session length being four minutes and 40 seconds, while 72% of users return for each round of the series.

World Rugby chief executive Brett Gosper says the organisation is “innovating fan engagement to bring the digital and in-stadium audience closer than ever before to the speed, skill and excitement of the rugby sevens”.

This gamification element of the event is just one of the innovations Capgemini has introduced at the World Rugby Sevens Series.

The French-headquartered company’s applied innovation exchange service is a global platform that helps companies to come up with new ideas and experiment with them before introducing innovations to their business.

World Rugby has been one of the exchange’s clients, with the sevens tournaments – ten are held across ten countries in a series each year – used as a testing ground for new technology.

One of these is video analytics, which are widely used in industries such as construction, manufacturing and security, alongside some sports.

Innovation consultant Johan Lönn says: “Tennis is a great example but it has very complex challenges.

“We wanted to explore how video analytics can be used to find key moments in a rugby match – how quickly someone is running and what helped someone score.

“Installing new cameras can be very expensive but we didn’t need to do that. We just took the existing broadcasting footage to see what new insights we could add.”

More than 30,000 images were tagged by the Capgemini team, stored in a library and then cross-referenced against key events like tackles and tries.

Commentators, “superfans” and spotters – who are tasked with recording statistics in a game – can access a wide range of easily-digestible information via a dashboard.

“We’ve taken all this information and brought it to life,” says Mr Lönn. “They’ll be able to tell how many rucks there’s been, how long a player has been playing, how his tiredness is influencing him and how much longer can you expect him to go on in the game.

“It speeds up content generation by clipping key events and increases fan engagement.

“Even for spotters, it enables them to use their skills for something better that provides more intelligent insights, rather than just counting certain things.”

Sponsors’ logos are painted into the pitch and picked up by TV cameras, so the technology enables these companies to work out how the return on investment for the exposure they receive.

Sports commentators will no doubt be the first to admit they live a charmed life, being flown across the world and staying in plush hotels to watch some of the biggest events in sport – all while being paid.

But it’s a costly expense for broadcasters – especially once the wider team is accounted for – and one that might prove prohibitive to some companies.

Spalk believes it could have a solution by providing a virtual sportscasting studio enabling commentators to describe a game from the comfort of their living room.

While it may not be a popular innovation in their eyes, for the broadcasters it can help them grow by potentially providing hundreds of commentators in various languages on every game, according to the start-up.

Its clients include World Rugby and the International Basketball Federation (FIBA), which use the software for their own channels and social media platforms.

CEO Ben Reynolds says: “We can park the commentator behind a laptop and offer broadcast-quality content.

“For World Rugby, it’s a huge way of getting more coverage without flying multiple commentary teams around the world.

“Some organisations are pursuing a social broadcast and others are going direct to consumer and charging £5 per month for all games.

“World Rugby has an interesting hybrid model with its own TV model, while also broadcasting on platforms like Facebook.

“They view it as a way to grow the game in smaller markets but then they’ll also sell rights to the likes of Sky and ESPN.”

The virtual studio, which sits in the cloud, used synchronisation technology to ensure audio quality and comes with audience and fan engagement metrics to help grow a broadcast.

Since being founded in late 2015, Spalk claims to have live streamed 2,000 hours of footage and grown audiences by 250%, while saving more than 8,500 air miles.