Tech for change: How emerging tech and big data can be a force for good

Emerging technologies like artificial intelligence have a lot of people worried about the future - but there are some in the tech sector thinking about how they can be used for the good of society instead of select companies. James Walker attended a panel discussion on tech for change held at the Aldgate Tower offices of WeWork 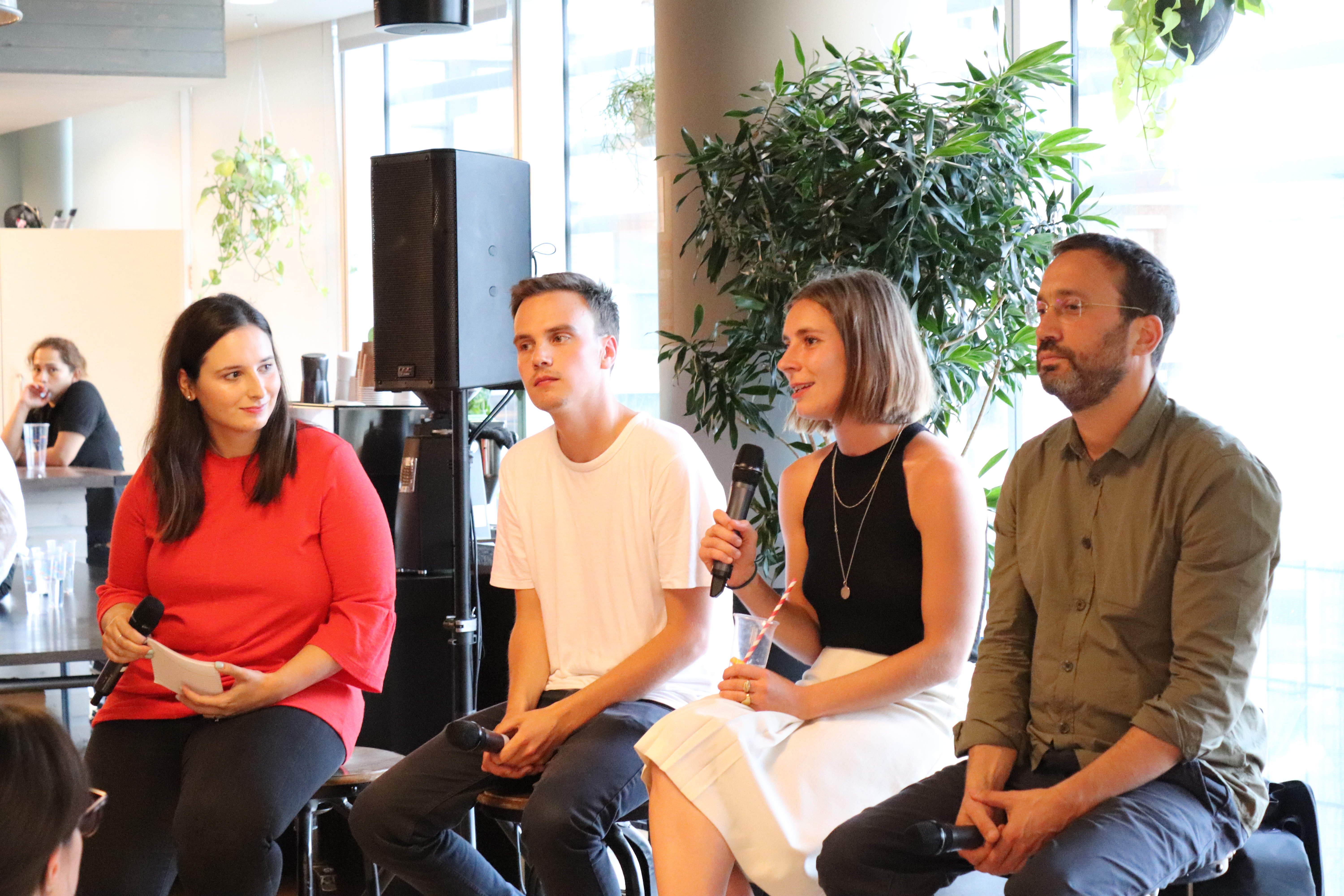 The panel at the event hosted by WeWork, which examined the concept of tech for change

When talking about the ways society could use tech for change, fears about artificial intelligence savaging the jobs market and mountains of data being flogged by a handful of social media giants tend to turn the tone sour.

It’s easy to see why such grievances with these established and emerging technologies exist.

Academics at Oxford University reported in 2013 that almost half of jobs in the United States could be replaced by artificial intelligence technology, while the Organisation of Economic Co-operation and Development (OECD) said in a report published earlier this year that 66 million jobs across 35 of its member states were “highly automatable”.

The number of cashiers has already dropped thanks to the emergence of self-service counters.

Taxi drivers and truckers are now also facing the threat of unemployment from the development of autonomous cars and freight vehicles by Californian tech firms.

Those not worried about a robot taking their job in the near future instead fear for the security of their data, following news that the company Cambridge Analytica took personal data from the social media platform Facebook to target voters on behalf of political campaigns.

Yet for all these ills, there are still those in the tech sector who believe even the most disruptive technologies could be used for the good of society – if approached with the right mindsets and regulations.

A four-way panel at Changing the world one byte at a time – an event hosted by global co-working space provider WeWork at its Aldgate Tower branch in London – discussed how data collection can benefit society and what could be done to ensure emerging technologies did not bring ruin to the many and riches to the few.

Tech for change: Monzo and Ticketmaster

It also invited Ticketmaster to its office to show bosses the evidence it had found of card details being hijacked.

Monzo’s head of marketing and community Tristan Thomas told Compelo how the challenger bank spotted the breach so early.

He said: “We’re now at the scale where we can start to see patterns in data much earlier on.

“Back in February or March, we started to see an increasing number of cards that were being used fraudulently, and when we went back and looked through all those cards we could see one merchant was used on all those cards – which was Ticketmaster.

“That gives you some pretty clear evidence that Ticketmaster had been breached – though not foolproof.

“We then get one more piece of evidence, which was that when someone attempted to use one of those cards fraudulently, they used the incorrect expiry date.

“When we looked back, that card had been declined at Ticketmaster a few months before because they put in the wrong expiry date. That narrowed it down to being only one option.”

Tech for change: Augmented reality and the podcast industry

According to a 2017 report from the data analytics firm Nielsen, more than 60 million homes in the United States are fans of podcasts – that’s roughly half of all homes in the country.

The Acast audio intelligence report released in March this year said roughly a quarter of the UK had listened to a podcast in the previous month.

Given the popularity of podcasts, those working with virtual and augmented reality technologies are looking at ways they can move the way people experience podcasts beyond listening with a pair of headphones.

Speaking on the panel at WeWork, producer of the EveryoneElse podcast Eva Krysiak said: “In the audio sphere it’s really exciting – there’s so much happening.

“While in the past we might have put our headphones on and listened to a podcast as we do now, nowadays there’s all sorts of experiments where your surroundings are becoming augmented by sound and visual elements.

“You might have an interview with a rapper from the 1980s, which previously you would have just heard through your headphones.

“Now you might sit down in a New York-style 1980s loft and hear all the sounds of the streets around you, you might be able to turn your head and all of a sudden your gaze is followed by some kind of tracker and a different part of the story is going to become the focus of what you’re hearing.”

Concentrated ownership of emerging technologies such as AI and autonomous vehicles is a cause for concern.

For some, the thought of a company like Waymo or Uber patenting and owning all self-driving cars in the US and UK – giving them a private monopoly over future transport – is worrisome.

World-renowned physicist Stephen Hawking and Tesla chief executive Elon Musk have also fretted about the need for an organisation to control the development of AI.

Tristan Thomas, of Monzo, argued that the technology sector needed to face up to the question of how emerging technologies can be controlled by “the people” rather than big internet companies.

He said: “Decentralising that power and control could be really powerful.

“Otherwise we enter a world where these incredibly powerful technologies – machine learning and AI when it manifests – are being controlled by a small number of companies, which is really scary.

“As individuals, working out how we can control that technology could be really powerful.”

Tech for change: Open data and the truth

A lot of the conversation surrounding personal data is centred on worries about ownership and transparency.

Social media users are particularly concerned about not knowing who tech giants are selling their personal data on to – even under new GDPR regulations handed down by the European Union.

But access to open source data has also been used to uncover truths inconvenient to people in power.

Forensic Architecture – a research unit based at Goldsmiths, University of London – used information on Facebook as part of an investigation into torture at a military base in Cameroon also used by the US military.

Speaking on the WeWork panel, Forensic Architecture director Dr Eyal Weizman said: “We exposed an American-run torture base in Cameroon that was operated by Cameroonian special forces trained by American and Israeli military.

“We started tracking American soldiers on Facebook, looking at their jogging routines etc, and all of a sudden we see immediate proof that the American military was actually present on this site.”

Forensic Architecture’s investigation with The Intercept news website used that open source data alongside research by Amnesty International, as well as both satellite and social media imagery, to confirm that US military personnel were near the Salak base where Cameroonian forces tortured people accused of supporting the terrorist organisation Boko Haram.

There was no evidence found to suggest that US soldiers were involved in the torture, but the investigation has sparked an US military inquiry into whether troops knew what was being carried out.