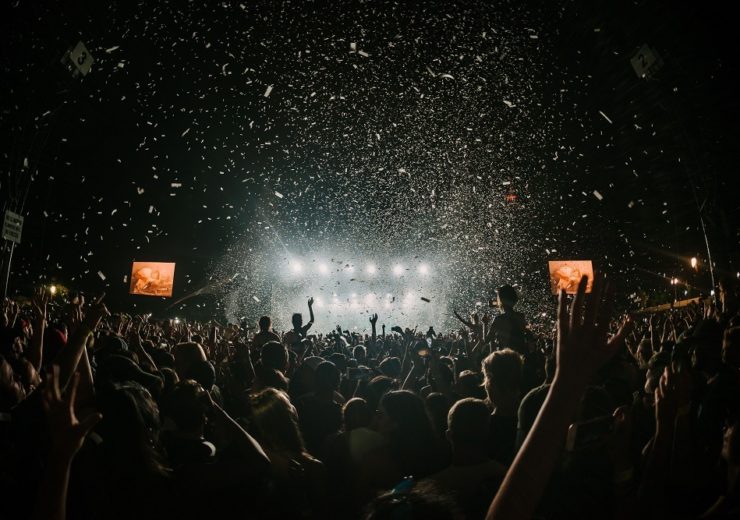 Tappit is bringing cashless payments to festivals and sports events

Waiting around in busy queues is often a necessary evil of attending live events, but cashless payments could provide a way to navigate the problem. Jason Thomas, CEO of cashless events specialist Tappit, explains how technology and data can give fans a better experience – and boost sales for organisers.

The summer season of live entertainment is in full swing, with music festivals and sports events attracting millions of people around the world.

While fans will happily spend big money to watch their favourite sports teams and musicians, the experience within venues can often leave a lot to be desired – with long queues, overcrowding and slow service taking the shine off an otherwise memorable occasion.

This is a problem Tappit is trying to address through its cashless payments system that’s designed to streamline the fan experience at large events, and provide greater customer insights for organisations through the collection and analysis of data.

There are also healthy financial incentives for event organisers if they can successfully harness the power of technology to get people moving and spending money around their venues more efficiently.

“It’s about giving organisations a much better understanding of the fan, so that they can actually improve the experience,” explains Tappit CEO Jason Thomas.

“I think there’s a real shift with trying to change that fan experience. To improve it and make people want to go earlier and spend more time there – and fundamentally spend more money, as far as the organisation’s concerned.”

This ‘zeitgeist’ for moving away from the traditional ways of hosting events has provided a real boost to Tappit’s business – it has gone from running 12 events throughout the whole of 2017, the year Thomas joined as ceo, to hundreds the hundreds it now backs.

“We can do six events in the same weekend,” he adds.

“The younger generation in particular have expectations that are a little bit different. They don’t want to be understood just as a number.”

Tappit’s system pairs digital payments with radio-frequency identification (RFID) to create a one-stop shop for all transaction activity at a given venue.

It can also be integrated with a season- or event ticket, wristband or mobile app preloaded with money, meaning the event-goer has a single way to gain entry, pay for services and products or verify their identity.

The idea is to create a smoother, more enjoyable customer experience by reducing the time spent waiting around at kiosks and turnstiles, or the likelihood of missing out on a key part of the event because of congestion.

From a revenue perspective, Tappit – which is based in Thomas’ home town of Leeds, and has offices in London, Dubai, Barcelona, Amsterdam and LA – claims to help businesses generate a 22% average increase in sales at venues where its system is used.

This is largely due to faster transactions and targeted marketing based on the customer transaction data collected by the system.

Information gathered by Tappit about the behaviours and spending habits of customers enables organisations to design future events with greater insights, and to monitor the event in real-time to spot areas where issues may have occurred, or processes made more efficient.

Thomas says: “The reason that sports clubs and festivals haven’t been able to do this before is because they haven’t had the data – it has always gone back to the banks and credit card companies, or people have paid cash.

“They’ve had no insightful information to understand what’s going on a lot of the time.

“We give organisations a much better understanding of the fan so that they can actually improve the experience.

“Our technology has payments at its heart, but in real terms it’s about breaking down the barrier between the event organiser and the fan.”

Tappit partners with organisers of events held around the world to implement its cashless payment system, including Formula One Grand Prix in Australia and Abu Dhabi, and the Tomorrowland music festival in Barcelona.

In motorsports in particular, the Tappit boss sees a lot of potential for the cashless system, having experienced promising results from its implementation at the first Grand Prix of the year in Melbourne, Australia.

Thomas says: “Motorsports are really driving this idea of wanting to go cashless – they believe their demographic is set up for it.

“We found that at the Australian Grand Prix the uptake was really significant. The average spend per person compared to some other sports was huge – 20-times what a football fan would spend.”

Tappit works with football clubs in the UK – including an in-stadium partnership with Birmingham City, and a long-term deal with Manchester City through which it provides services to events held by the club and its affiliates around the world, with the ultimate goal of catering to matchday crowds inside the Etihad Stadium.

Thomas says Manchester City is spearheading the idea of trying to improve “dwell time” at its stadium – that is, trying to encourage people to spend more time in and around the ground, rather than just turning up for the 90 minutes of football.

Its owners’ approach to buying other football teams around the world – in New York, Melbourne and Girona – provides a ‘global view’ of how fans behave in stadiums, enabling the club to gather new insights to inform the approach to games in Manchester.

“Fundamentally, they are trying to break down the barrier between themselves and the fan,” he says.

Cashless events are a logical progression of wider fintech trends

The trend towards less cash use in economies throughout the world has received plenty of attention in recent years, as technology presents new opportunities to do away with hard currency in favour of digital transactions.

The fintech boom across Europe in particular has been driven by the digitisation of formerly analogue processes, coupled with the smart use of data produced by this new way of doing things.

Thomas says: “This idea of a cashless society is just increasing year on year.

“Every statistic you want to look at now shows things are going that way, and we’re definitely finding that in relation to our conversations with organisations.

“We’re getting huge growth out of sport – particularly stadiums. Whether they are new stadiums or existing stadiums, they have an appetite to go cashless.

“Quite rightly there’s a bit of an obsession with trying to improve the fan experience.”

Tappit boss has a personal take on making events cashless

The Tappit boss brings his own background and experience as a fan to this venture, having spent the early part of his career working for record companies and ticketing firms for live music events.

He is also a lifelong Leeds United supporter, making frequent trips to its Elland Road stadium with his family and witnessing first-hand how a more streamlined and data-driven approach could improve the matchday experience for supporters.

He describes an experience familiar to many football fans of parking miles away from the stadium, fumbling around for spare change to buy a match programme, queuing in and out of the ground, and then missing goals while waiting in line to buy food or a drink.

“It’s not a modern way of running a business or treating a fan,” he says.

The lack of actionable data available to the club too, he adds, means it hasn’t been able to build an accurate profile of him or his family – even though he has been going to watch club for the past four decades.

“I get sent offers for things that I’ve never bought in 40 years – I’ve been going to this organisation for all that period of time and they don’t know when I arrive, where I park, what I’ve bought or what I do inside the ground.

“And so they send me offers for things that are not related to me.”

The hope is that through the development of data-driven insights about customers, venues like Elland Road can improve the fan experience and build closer relationships with the people who pay so much money to attend their events.