Swipii: Meet the founder of customer loyalty app aiming to be ‘Salesforce of SME world’

From Starbucks and Caffe Nero to Boots and Tesco, almost every major retailer has some form of loyalty card and it can be a pain to carry all of them around at once. But the app Swipii automatically connects them to payment cards – while offering customer loyalty programmes for small businesses, as founder Chitresh Sharma tells Dan Robinson 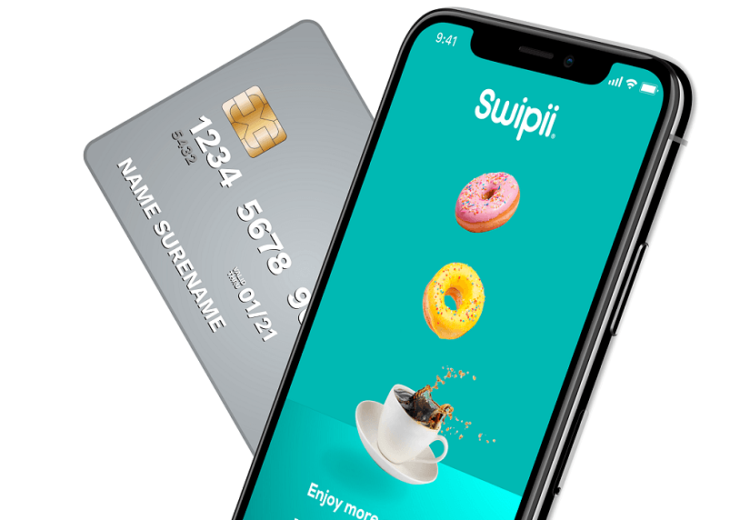 “When you shop at Amazon or eBay, they know everything about you – we want to bring that data to the offline sector, which doesn’t know anything about its customers.”

Chitresh Sharma could be on to something.

Any big retailer worth its salt will know exactly the who, what, when and where of purchases by crunching data for shopping behaviour.

It’s one of the key reasons they are able to target customers better through customised offers, the positioning of products in stores and at finding the right time to promote them.

In many ways, small businesses are being left behind – but the man behind customer loyalty app Swipii wants to bridge this gap by giving coffee shops, barbers and independent clothes shops the same digital tools as their high street chain competitors.

By linking payment cards with businesses via its app, customers earn points through purchases that can be used to redeem offers – while the retailers are supplied with data about buying habits.

“There’s no card-linking for small businesses yet and we want to become the Salesforce of the SME sector.

“At the moment, these companies have no clue who you are or how you’re spending with them – all they do is take your payment and then you walk out.

“We want to give them the power to really understand all this, just like e-commerce businesses, and the tools to level the competition with the big boys like Tesco and Sainsbury’s.”

“The potential of this is global.”

Swipii has come a long way in a short space of time.

Chitresh, originally from India, came up with the idea alongside business partner Louis Schena in 2014 while they were studying for master’s degrees at Strathclyde University.

Their initial concept was to build a loyalty programme that would change the way nightclubs encouraged repeat customer visits through improving how they collected data and follow-up marketing.

After realising this wasn’t such a big problem, they turned their attention to small businesses, which they noted lacked the same resources as their larger high street competitors armed with bigger budgets.

Swipii was born in 2015 as the duo created a platform for SMEs to boost customer loyalty by encouraging repeat visits.

A customer earns ten points for every pound they spend, which can be accumulated to receive free gifts and to spend in-store.

About 1,500 local businesses across the UK have since signed up to loyalty programmes, with 1.2 million consumers taking advantage of the rewards.

Later this month, it will also find out if it has won the start-up of the year honour it has been nominated for at the Scottish Tech Startup Awards in Edinburgh.

Lawrence Morison, managing director of workplace coffee shop provider The Kaffe, introduced Swipii about six months ago at its Glasgow site and has increased turnover by 8%.

He says: “Loyalty cards are something people want and when we bid for a contract, it’s one of the things we’re asked.

“We had one previously that involved having a physical card but it can be pretty onerous to operate.

“So when Swipii came along with its proposal, it’s something we thought we’d try because more and more people are using their phones to pay for things.

“It’s a very cost-effective way of putting offers out for coffees and baked goods, extremely easy for customers to use and it reduces the use of cash.”

Until now, many of Swipii’s business clients have needed a tablet device to scan the app so customers can redeem their loyalty points.

But new card-linking technology is set to be introduced from the New Year with Swipii 2.0, launching in Glasgow and then being rolled out across the UK throughout 2019.

Businesses won’t require any technology other than a card reader to set up the loyalty programmes as customers who have linked their payment cards to the app will automatically receive reward points whenever they use that card to buy goods in a partnering business.

Chitresh, 27, explains: “The old format has worked but as the technology has evolved, we think there’s much more advanced ways of providing our service.

“We want to give the power to the shoppers so they just need one app that works as a loyalty card and, when you link it with any payment card on the app, you’ll automatically get reward points.

“Those points can be used to redeem offers. If you have 50 points at a coffee shop, you might be able to use it them to get a free breakfast.

“It’s the most convenient way to reward shoppers so they don’t need to carry any loyalty cards – while for businesses, they don’t have to install any hardware and can be up and running in five days.”

The benefits aren’t just convenience, however, as retailers can use the card-linking smart technology to collect data about consumer behaviour.

This helps them to understand anything from who is buying products, whether they’re a first-time customer or returning, what they like to buy and which times of the day the visit the business.

The Kaffe’s Lawrence says this has been an added bonus in using the Swipii system.

“Because we’re based in a workplace, it becomes easy for us now to know who isn’t using the café, and we can then think about why and what we can do to improve – so it’s a powerful tool for us,” he says.

“We can get the results instantly in the office so if we have a guest coffee, we can tell if it’s selling or not.”

He adds: “It helps businesses to optimise their operations but it’s quality data for brands too that can be used for their marketing performance.

“They’ll have access to a marketplace platform where they can run deals. If H&M is running an offer, it can see that two million people came into its stores and 100,000 had never been to H&M before.

“So it might give those customers cashback if they return. That goes directly on the card so they get 20% off their next purchase. That’s the long-term plan.

“Brands like Coca-Cola often rely on third parties like Tesco and Sainsbury’s to provide data on purchases.

“A lot of their products get sold in hospitality but the sector doesn’t have any clue about this data.”

There are hopes in the business that Swipii 2.0’s introduction will double the number of partnering companies to 3,000 by the end of next year.

With this in mind, Chitresh also wants to double the 27-strong workforce and it will soon embark on a major recruitment drive strongly focused on product, operations and marketing.

To get the ball rolling, Swipii has brought on board some high-profile recruits onto its leadership team.

Janet’s role will be to help the company establish a scalable expansion model for the business and its users both in the UK and overseas, as Swipii targets international markets.

Chitresh says: “This is the level of hires we’re making because we’re moving from a start-up to a scale-up.

“At the profile and calibre they have, they’re the one who chooses where they go and have multiple options.

“But they really believe our vision to create the world’s largest local marketplace that connects the brand to shoppers and retailers.

“We want to make Swipii a household name in the UK for local businesses and consumers to save money on their everyday purchases.