The funding round, led by Softbank, values the payments provider at $45.6bn 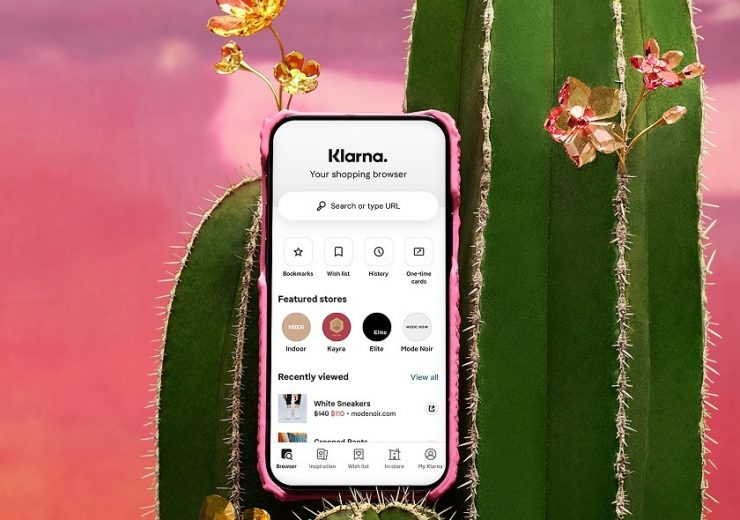 The new round follows the $1bn funding raised by the company in March. (Credit: Klarna Bank AB (publ).)

Swedish fintech company Klarna has raised $639m in a new equity funding round to support its international expansion and retail growth plans.

The funding round, which was led by SoftBank’s Vision Fund 2, valued the global payments provider at $45.6bn.

Adit Ventures, Honeycomb Asset Management and WestCap Group are the existing investors who have participated in the round.

The new round follows the $1bn funding raised by the company in March, at a valuation of $31bn.

Designed to allow consumers to shop, pay and bank, Klarna’s platform has over 90 million global active users and 2 million transactions a day.

SoftBank Investment Advisers managing partner Yanni Pipilis said: “Klarna’s growth is founded on a deep understanding of how the purchasing behaviours of consumers are changing, an evolution which we believe is accelerating.

“Klarna has already successfully expanded into the US and we are excited to continue supporting the team in bringing the next generation of financial services to new markets worldwide.”

Used by 18 million customers worldwide, the company’s app is designed for online shopping with Klarna payment options that allow consumers to pay immediately or later.

Klarna claims that its solution is enabled by more than 250,000 global retail partners, including H&M, Saks, Sephora, Macy’s, IKEA, Expedia Group, Samsung, and ASOS, among others.

The company recorded a gross merchandise value (GMV) of $18.9bn in the first quarter of 2021, compared to $9.9bn in the same quarter a year earlier. The company attributed the increase in GMV to growth in all markets and improved momentum in the US.