Following her success at bringing Uber into the Chinese market, Cleo Sham has been snapped up by Madrid-based start-up Spotahome - which is looking to disrupt the lettings sector 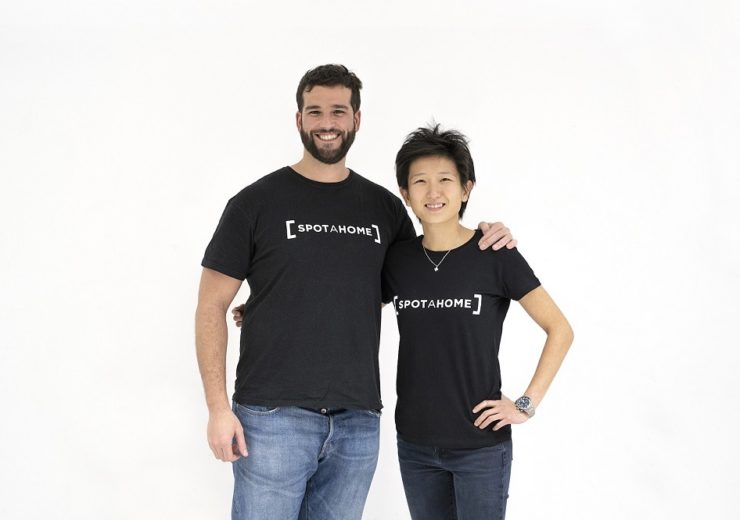 Estate agents are often listed alongside politicians and journalists as one of the least trusted professions, but start-up Spotahome plans to innovate an age-old industry and bring transparency to the lettings market.

The online platform and app allows prospective renters to browse houses, which have been verified by Spotahome’s team of “homecheckers”, view 360-degree photographs of rooms and take a video tour of the property.

Since being founded in 2014, the Madrid-based company has expanded into several European markets including Berlin, Brussels, Dublin and Milan, and became the first Spanish start-up to be backed by a Silicon Valley investor.

The 34-year-old – who previously headed up Uber’s operation in 45 countries – took over from former COO and co-founder Bruno Bianchi, who has moved to a newly-created role as director of strategy, in January.

Cleo says: “I found the company profile and business model very interesting and thought it could really impact and innovate in a very large and old industry.

“For me, it was the opportunity to make something new that could really impact the sector.”

Disrupting the real estate market with a sharing economy model

The global real estate market is worth more than $200tn (£151bn) but is one of the few industries to avoid digital disruption in the online age.

Spotahome uses a similar model to other leaders in the sharing economy, such as Uber, Airbnb and Zipcar.

Third-party homecheckers, who view the property on behalf of renters, are paid to gather pictures and videos of the house, check utilities and create a floorplan and can collect up to €50 (£43) per listing.

“This ensures that the properties listed are accurately represented and of a high quality,” explains Cleo.

“We make sure there is comprehensive information on the property and tend not to dress up the photos or ‘Photoshop’ them so we can represent the property as it is.”

Spotahome claims this takes the hassle of arranging house viewings out of the equation and makes it a much less time-consuming process by letting renters take a virtual tour of the property online.

“The goal is to make the rental experience more transparent and easy for both landlords and tenants,” says Cleo.

Spotahome’s benefits for tenants and landlords

As part of the company’s commitment to transparency, Spotahome takes payments directly from tenants online – typically the first month’s rent – and holds it for 24 hours.

The deposit is held in an independent deposit protection scheme.

During this time, the tenant is free to check the property for themselves and make sure they are happy with their purchase.

If there are any deficiencies with the property that were not picked up by the homechecker, Spotahome will work to remedy the situation.

Cleo says: “If the tenant is very disappointed in the property, which rarely happens, we help to find an alternative and put them up in a hotel in the meantime, so they have as much of a stress-free experience as possible.

“We make it our guarantee that if the renter is not happy with the property, we will find them an alternative.

“It’s the same with the landlords – we will find them a new tenant.”

Cleo admits that in some instances, if a home is particularly messy or not fit for viewing, properties have been put on hold and a quality assurance team makes sure listings are of a high standard.

Early adopters of the online rental platform were students and expats, who typically needed somewhere to live for a short period of time but were unable to visit the property in person.

But as the company has grown, Spotahome has found itself competing in the local market.

It claims that more than 10% of lettings in London involve people moving within the city, while in Madrid – the company’s most established market – it’s more than half.

Spotahome takes a 6% of the total letting value and also has a tenant fee, which is capped at £445 for renters in London.

Cleo Sham on working with Uber and making marks in China

Cleo joined Uber in July 2014 as general manager of Guangzhou, a city in Southern China with a population of 18 million.

“At the time it was just a team of two, plus me, and we were building the business from scratch,” she says.

“The public didn’t know what Uber was at that point so when we took press interviews or spoke to members of the public, we had to translate the company name into Mandarin, which was Yóu bó.

“So Uber became Yóu bó and people would ask if we meant Youku, the YouTube of China.

“We would then have to explain that we were a ride-sharing platform so we had to build our brand from scratch, both for riders and drivers.”

In order to grow brand awareness in this new market, Cleo helped devise a number of creative marketing campaigns, including a collaboration with Marvel for the release of The Avengers in 2015.

Cleo says: “We collaborated with about 50 drivers and put them in full superhero suits and took their cars to workshops to get them stickered, so we had Captain America, the Hulk in a green car and a six-wheeled car with The Avengers’ logo on it.

“The drivers had so much fun that three of them, dressed as Black Widow, The Hulk and Captain America, went into town to have dinner together and gained so much attention that it went viral on social media.

“We were trying to do things in a scrappy way because we had very limited budgets but it was a lot of fun and involved a lot of experimentation.”

In 2016, Uber merged its business with Didi, a China-based alternative.

By that point, Cleo and her team of 20 had established the ride-sharing market in Guangzhou and made it the largest city by volume of Uber orders in the region.

Cleo is also an advocate for increasing diversity in the tech industry and has been an ambassador for women in technology and the LGBTQ community.

Cleo says: “At an early stage, boys and girls both play with computers but somehow, over time, it has become more of a stereotypically male thing to do.

“It means that more boys learn how to code and you see it at engineering schools, where a very large percentage of students – something like 80% to 90% – are men.

“This then influences the teams that come together to start companies – a lot of engineering teams in companies are predominantly male.”

Explaining the need to address diversity at an early stage in any company, Cleo adds: “It’s much harder to make up for diversity debt than to put things in place at the start.

“A lot of the personality and workplace culture is formed when a company is small and there’s this ‘bro’ culture stereotype that can exist in some companies.

“If you’re not careful about including women or other minority groups in the interview process, you can create a company which women feel they can’t relate to or feel like part of the company’s plans.

“Including females and minority groups in the process is good to create more of a mix.”