How Edinburgh, Espoo and Eindhoven are creating smart sustainable cities

From Espoo's 'city-as-a-service' concept of pooling resources to Edinburgh's use of sensors to monitor pedestrian congestion, Dan Robinson profiles how smart sustainable cities are being built 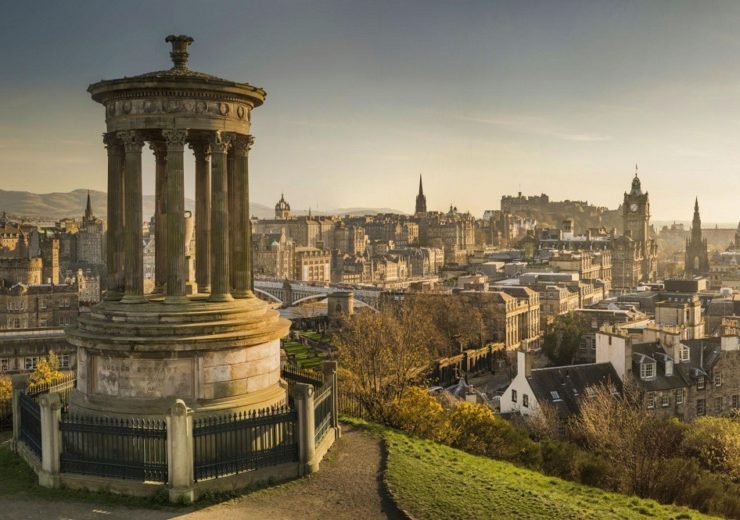 From using sensors to relieve pedestrian congestion in tourist hotspots to repurposing buildings, a number of European destinations are dreaming up innovative ways of creating smart sustainable cities.

Edinburgh, Liverpool, Eindhoven and Espoo are among those using the Internet of Things (IoT) – communication technology that connects everyday devices with each other – big data and even old-fashioned human intelligence to save money and improve the quality of life in their cities.

Representatives of those cities, and others, gave examples at the Smart to Future Cities conference in London last month, with Compelo in attendance.

In 2016, an estimated 4.26 million tourists flocked to Edinburgh and the wider Lothian region, no doubt entranced by the city’s world-famous comedy festival, 11th century castle and 4,500 listed buildings within the UNESCO World Heritage Site.

A report by the City of Edinburgh Council calculated they bring a £1.5bn windfall, a figure that has risen from £1bn in 2010 – when the Edinburgh Tourism Action Group said there were a million fewer visitors.

Despite the economic boost, the narrow medieval streets can become overcrowded, with the number of passengers using Edinburgh Waverley railway station soaring from 70,000 to 340,000 each day during the Edinburgh Festival Fringe in August 2017.

Heritage groups have also complained about “over-tourism” and Edinburgh Castle has been forced to introduce timed slots for visits.

The council has responded by trying to find new ways to manage crowd flow and make the city easier to navigate for both visitors and residents.

City centre programme manager Anna Herriman says: “When we talk about a walkable city, what I think that means is a place where the paths, routes and public spaces are inclusive.

“They should be really accessible and bring joy on some level.

“The reason this is our starting point is because if we want cities to be successful and compete in the global market by retaining great talent from universities and attract big employers, they need to deliver a really high quality of life.

“If you’re a business then a walkable city is exactly what you’re looking for – they want to be on streets with high footfall – while from an environmental point of view, we’re talking about urban mobility and the shift away from vehicle dominance for short journeys.”

She admits Edinburgh, armed with such unique cultural heritage, has previously “rested on its laurels” by not investing in walkways – meaning it isn’t a particularly inclusive or accessible city.

How Edinburgh is using smart technology to create a walkable city

Sensors connected through the IoT are used for mapping the city so the council can analyse crowd flow trends.

“Edinburgh is a really old city and the streets aren’t built for the scale it is now,” says Ms Herriman.

“We’re one of the fastest-growing city regions in the UK and have a 6% increase in footfall related to visitors each year.”

In one of the main streets near the castle, there are Wi-Fi-enabled sensors picking up 23,000 devices each day.

“We can use that data to track and monitor the increase in pressure, and understand the spatial constraints of the streets,” says Ms Herriman.

“We can then make assessments about this space as we get to capacity.

“We’re seeing a real conflict situation where pedestrians who want to move faster are taking risks and stepping into the roads to get around crowds.

“This is something we’re able to improve but we’re just at the beginning – we want to look at how much kit we need to install to monitor flows, where people and going and, if there’s a sudden drop-off in pedestrian activity, then why is that?

“We’re not just interested in diverting vehicles down a street but having a real-time response to some of those huge pedestrian flows at certain times.”

Sensors are also able to help people with mobility, hearing or eyesight issues to navigate around the city easier, while they can also help with noise reduction and monitor air quality, humidity and heat.

“Smart bins” can give alerts when they are two-thirds at capacity to make waste management more efficient, but they are also able to give an indication of aspects such as how busy the city’s parks are, where people go for lunch and at what times of the day.

Hire bicycles, meanwhile, are equipped with sim cards that show when and where people use them.

Ms Herriman adds: “We’re trying to layer our understanding of the experience people are having in our city through a complex rich map.

“As city planners and people who want to deliver a great public realm, we want to think creatively about using this data to find things we haven’t picked up before.”

Liverpool and Eindhoven as cultural ‘labs’

What is the ROCK project for city regeneration?

These are held up as role models and act as “extraordinary laboratories to demonstrate how cultural heritage can be a unique and powerful engine of regeneration, sustainable development and economic growth for the whole city”.

Innovative approaches to regenerating and reusing parts of these cities are then rolled out in three replicator cities – Bologna, Lisbon and Skopje – as part of the scheme, which is backed by European Union Horizon 2020 research and development funding.

Technologies like facial recognition, augmented reality and virtual reality have also been deployed across a programme of tours, events and information material to help promote the heritage assets to residents and visitors.

Suzanne Jameson, who works on the ROCK project at Liverpool City Council, says: “We’re looking at the importance of business clusters in Europe, as well as smart business and procurement models.

“In Liverpool, we want to increase the walkability of the city centre, reduce traffic flows and find ways of using 5G. We’re also looking to build the first IoT sensor zone in the UK.”

How Eindhoven is coping with Philips departure from city

Ever since Gerard Philips and his father Frederik set up a light bulb company in Eindhoven in 1891, the Dutch city has been intrinsically linked with electronics multinational Philips.

The firm even owns PSV Eindhoven, one of the Netherlands’ biggest football clubs, but its decision to move its headquarters to the capital Amsterdam in 2001 – while making India and China major manufacturing hubs – dealt a huge blow to the city.

While it retains a presence in its hometown, the largely empty Philips campus in the Strijp-S business district presented Eindhoven with a headache.

“It caused economic problems for the city but we looked at how we could change this challenge into an opportunity,” says Professor Gamze Dane, a University of Eindhoven academic who is part of the ROCK project underpinning its regeneration.

“Because Philips is an innovative company, the people who had worked there had useful skills and knowledge in the domains of energy, transportation and smart technology.”

Since the early 2000s, Strijp-S has been turned into a hub for creative start-ups within former industrial buildings.

It is now a “living lab” in which academia, industry and government work together to sustainably fund and power the business park from technologies and materials tested on site.

While the concept of smart cities is largely built on smart technology like sensors and artificial intelligence, Espoo proved human know-how can be just as valuable in achieving similar goals.

The second largest city in Finland after the capital Helsinki, its population has increased five-fold to about 283,000 residents over the past decade.

Its rapid growth means it has an unconventional layout with five town centres rather than a single city centre, while its education system and public services have had to grow with the city.

Harri Paananen, head of economic development for the City of Espoo authority, says: “Our aim is to be a good place to live, learn and work, for everyone to be entrepreneurial, and for residents to have a real influence.”

Its people have had a key role in shaping a city often recognised as one of the most sustainable in Europe, from providing 20,000 comments about its strategy in a 2012 survey to testing out new digital products such as in libraries equipped with 3D printing, and AR and VR glasses.

This idea of community participation in solving shared challenges has now become known as “city-as-a-service” – a way of arranging services by utilising existing spatial or other resources in a networked manner assisted by digitalisation.

While it relies on digital tools such as open data and interfaces, it is primarily driven by human intelligence – something also notable in the “school-as-a-service” concept pioneered in Espoo.

When Haukilahti Upper Secondary School was in need of restoration, students were moved into empty buildings at an Aalto University campus rather than having new institutions built at a cost to the public purse and environment.

Students grasped the opportunity to participate in about 50 university courses and teachers co-operated with higher education staff in a flexible learning model.

Mr Paananen says: “The school doesn’t need half the space it used to have and a lot of resources are being shared – things like the library, laboratories and catering.

“Cost savings are massive as education there costs 35% of the average costs for the total investment per student.

“Students are extremely satisfied and now Haukilahti is the most sought-after high school in the city.”

The school-as-a-service model is now being scaled up in Espoo and was replicated in Shanghai in a project that begun in 2017.

It also landed the city with an international Quality Innovation Award for education from the Finnish Quality Association in 2016, while UNESCO now recognises Espoo as a Learning City that rises to the challenges of the changing environment with new ideas.

In keeping with Espoo’s stated aim to have a city full of entrepreneurs, the business services it offers have become increasingly valuable.

But the fragmented nature of how they work can provide an obstacle to companies wanting to access them.

Mr Paananen says: “Traditionally, the challenge with business services has been that the offering has been widely dispersed among different service providers.

“They don’t have the time or patience to look at different websites so the awareness of the services available has been quite low, even though they are of quite high quality and are effective in improving business vitality.”

With this in mind, the Business Espoo project has created a model in which services including the City of Espoo’s business department, Espoo Marketing, EnterpriseEspoo and Espoo Entrepreneurs and the Helsinki Region Chamber of Commerce are share shared in a new 270,000 sq ft co-working office within the Otaniemi innovation hub.

“It’s working well and we’re now working as de facto colleagues,” says Mr Paananen. “Everyone is sharing the same resources like the photocopier and coffee machine.

“If you co-exist with someone, you’ll find more opportunities for collaboration and that’s definitely happened with us already despite the fact we haven’t applied any digital tools to facilitate this introduction.

“We think it’s going to bring even more efficiencies to our customers and that’s why humane factors are at the centre of the city-as-a-service.”