SkyRyse: The start-up that could be closest yet to bringing flying cars to skies

Founded by 28-year-old Mark Groden and with one of Apple's first investors behind it, SkyRyse has created pilot assistance technology that will initially be used to help emergency response units reach destinations quicker and safer - but with hopes of eventually building a flying taxi service 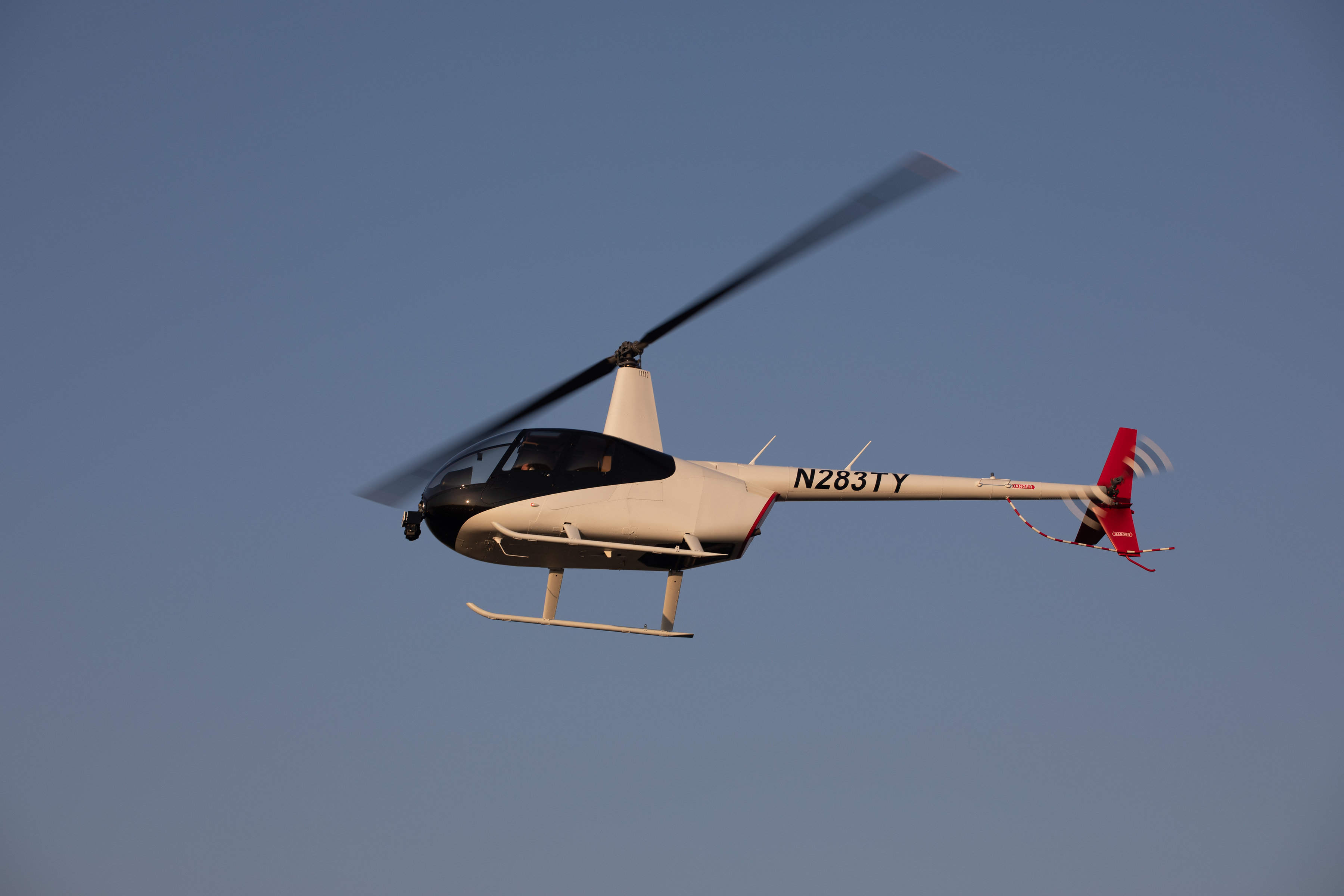 SkyRyse will initially use its pilot assistance technology on emergency response helicopters in the City of Tracy, California

Helicopters could soon be hovering above American skies without pilots after start-up SkyRyse announced a launch date next year for its autonomous technology.

The Californian company, which is headed up by a 28-year-old aerospace engineer but has until now flown largely under the radar, today (28 August) unveiled its “smart” vertical take-off and landing (VTOL) aircraft technology that it says will pave the way for flying cars in the future.

It claims to be a new, more accessible and safer mode of transportation unbound by current infrastructure, and plans to begin operations in January 2019 after winning $25m (£19.4m) in investment.

The pilot assistive tech will initially be used in the Californian City of Tracy, where it will provide support to its emergency response units, including law enforcement, search and rescue missions, and firefighters.

But in the future, it aims to eventually enable the operation of fully-autonomous flying taxis similarly priced to Uber, Lyft and Didi.

“We are building an air transportation service that is not limited by today’s infrastructure.

“Because the stakes are highest in emergency response situations when minutes can mean the difference between life and death, we’re launching SkyRyse Emergency Response to support governments and municipalities first, with plans to change how we get around our cities in the future.”

Billed as the first technology-enabled air mobility company to have planned operations in the US, SkyRyse was established in 2016 by Mr Groden – who, at 15 years old, built the world’s first micro unmanned aerial vehicle for the US Air Force that was used in military missions – and Mitch Adler.

He also has a PhD in sensor data fusion from the University of Michigan.

The start-up, based in Hayward, near Silicon Valley, has grown to a team of about 20 aerospace experts, who have previously worked at companies including Boeing, SpaceX, Tesla, Uber, the US military and Lockheed Martin.

It also announced today it has raised $25m in seed and series A funding led by Venrock – the venture capital firm formed in 1969 to build upon the investing activities of the Rockefeller family – with backing from Eclipse, Stanford University, Industry Ventures, Trucks VC, Cantos and Engage Ventures.

Ethan Batraski, vice-president of Venrock, which led Apple’s first venture round in 1978 and held a board seat for 20 years, said: “While there’s a lot of hype and speculation around the promise of self-driving cars, the future of transportation is in the sky.

How the SkyRyse tech works

The APAS is designed to lessen the pilot’s workload and reduce human error, a leading cause of accidents in all modes of transportation.

It will also be able to work with any Federal Aviation Administration (FAA)-approved VTOL aircraft.

But initially, the technology – including sensors, radar and cameras – will be integrated with existing helicopters for testing and data collection, while making Tracy’s first responder helicopter safer and easier to fly in adverse weather conditions such as fog.

The SkyRyse Air Emergency Response service is available to state and local governments to connect police, ambulance crew and firefighters with emergency scenes “in minutes”, regardless of location.

The service will include FAA-approved VTOL aircraft equipped with its APAS, a mobile app and a network of highly-trained pilots to safely transport emergency responders four-times faster than ground response teams for a cheaper price.

Tracy Police Lieutenant Terry Miller said: “The City of Tracy is always seeking out new, innovative technologies that can bolster the safety and wellness of our community.

“SkyRyse’s focus on safety, its world-class team and exceptional technology attracted us to the partnership. SkyRyse’s Air Emergency Response service will help us respond to emergencies faster and more affordably.”

Next stop for SkyRyse could be flying taxis

Companies including Uber and Volicopter are working towards the goal of flying taxis but, while they work on building new vehicles from scratch, SkyRyse is able to fit its assistive technology into existing vehicles and aircraft.

“We are already flying today with technology on board aircraft and missions in Tracy.

“And that’s something that we know of no other company within this technology space doing.”