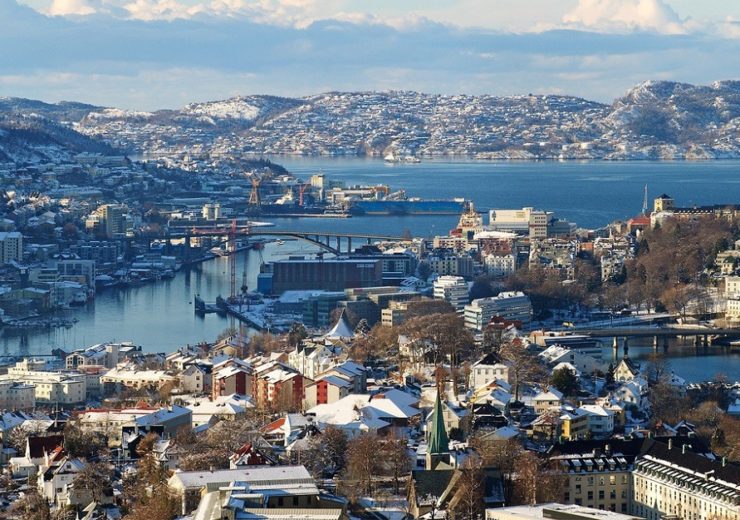 Scandinavia may be better known for its intense crime dramas and scenic landscapes, but the northern European region is also pioneering innovative green technologies.

Nordic countries are known for being progressive and this is particularly true when it comes to taking action on climate change.

Norway is one of the biggest investors in electric vehicles, with 58% of all new cars sold in March being fully electric, and Denmark is a world leader in wind energy.

Looking to the wider Scandinavian Peninsular, Iceland produces 99.99% of its electricity through renewable sources, while the Finnish capital of Helsinki is planning to remove the need for cars altogether.

But the region is also on the front-line when it comes to developing the new green technology innovations that could be powering the vehicles and cities of tomorrow.

Norwegian engineering consultancy Multiconsult is conducting new research into a hybrid solar and hydroelectric system that would use floating solar panels.

Because solar panels rely on sunlight, and hydroelectric plants require rainwater or melted snow to refresh the water levels in the reservoir, the two energy sources can complement one another.

The World Bank’s 2019 report into floating solar panels concluded: “At some large hydropower plants, covering just 3% to 4% of the reservoir with floating solar could double the installed capacity, potentially allowing water resources to be more strategically managed by utilizing the solar output during the day.

“Additionally, combining the dispatch of solar and hydropower could be used to smooth the variability of the solar output, while making better use of existing transmission assets, and this could be particularly beneficial in countries where grids are weak.”

Aviation is one of the biggest contributors to greenhouse gas emissions, with CO2 pollution from European airlines growing by 26.3% over the past five years.

The production of electric planes for commercial flights could help to stem this growth and Norway is one of the countries at the forefront of this technology.

The Scandinavian country hopes to have the first passengers flying in electric planes by 2025, with a longer-term plan to electrify Norwegian domestic aviation by 2040.

The Norwegian Government’s Minister of Transport and Communications Ketil Solvik-Olsen was one of the first to take an electric-powered flight at Oslo Airport on Monday 18 June 2018.

One of the main factors prohibiting the uptake of electric vehicles is the lack of charging points for vehicles.

Sweden has an innovative solution to the problem, which claims to be the key to unlocking the future of fossil-free road transport.

The state-funded eRoadArland project is trialling electrified roads that are capable of charging cars while they are on the move using existing infrastructure.

The Scalextric-inspired innovation aims to power two-thirds of truck transportation in Sweden by 2030.

The Norwegians have a different solution to simplifying electrical vehicle charging points and meet the country’s growing demand for electric vehicles.

The capital city of Oslo is set to be the first metropolitan area to introduce wireless charging for electric taxis, which will allow them to charge while they wait in a taxi rank.

The technology uses electrical induction – similar to that used for wireless phone charging – and is designed by Finnish company Fortum.

The scheme is part of wider efforts to make Norway’s taxi service zero-emission by 2023.