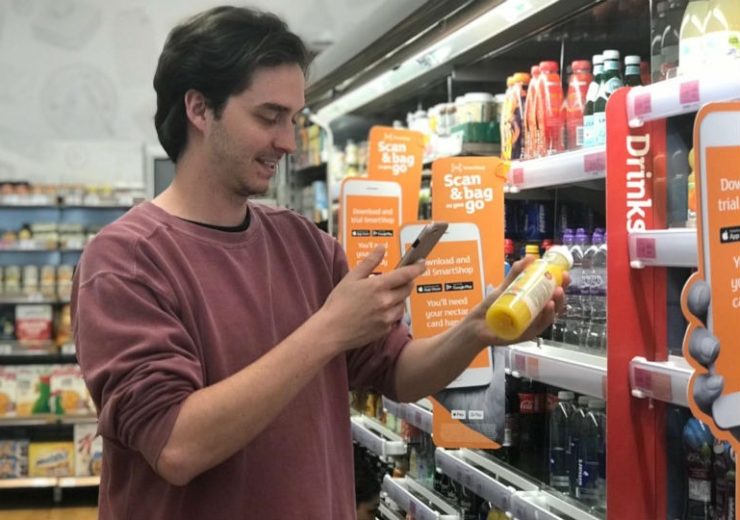 Customers are undecided on whether they will enjoy shopping with only an app after Sainsbury’s launched its first till-free store.

Shoppers visiting a Sainsbury’s Local branch in Holborn, London, today found it had replaced its cash and card checkouts with an app as the UK supermarket chain took the next steps into the future of retail.

As part of the three-month trial, shoppers can use the SmartShop app to scan products – before paying using a digital wallet like Apple Pay or Google Pay in a model similar to Amazon Go stores in the US.

Adrian Linney, 26, was one of the first customers to use the till-free Sainsbury’s store, but hadn’t yet made up his mind on how useful the app-based payments system would ultimately prove.

He said: “I’m just getting used to it like any other app but it’s been okay so far.

“I guess it’s going to stop queues but I don’t know how much quicker it will really make things.

“Some of the barcodes aren’t quite scanning at the moment and I don’t normally wait long for self-scanning in this store anyway.”

Another app user, 43-year-old Rachel Clarke, added: “It’s been surprisingly good – when you try new technology you don’t always know whether it will work.

“I think it’s very handy for buying lunch because you can just walk in and out.

“But whether it would be useful for doing a big shop, I don’t know.”

Why has Sainsbury’s switched to a till-free store?

Sainsbury’s launched its SmartShop app in August 2018 to give shoppers the option to pay through their mobile and held trials in several stores.

But the Holborn Circus convenience store – located opposite the company’s Holborn head office and another Local shop – is the first to completely remove checkouts in favour of the digital-payment model.

Sainsbury’s claims the till-free model makes it quicker for customers and also frees up its employees to interact with customers, keep shelves stocked and keep the store clean.

Sainsbury’s Group chief digital officer Clodagh Moriarty said: “We know our customers value their time and many want to shop as quickly as possible – technology is key to that.

“This is an experiment rather than a new format for us – it hasn’t been done in the UK before and we’re really excited to understand how our customers respond to the app experience.”

The retailer plans to test the technology ahead of a wider roll-out but will offer a “help desk” for anyone who wishes to pay via card or cash during the three month trial period.

Some 82% of transactions made at the store were already being made through contactless card or mobile payments, it said, and hopes to convert these customers to the “scan, pay and go” app.

How to pay at the till-free Sainsbury’s store

Sainsbury’s customers are prompted to download the app as they enter the till-free store by staff and signage.

Once the app is downloaded, they are able to scan any items they want to purchase using their smartphone’s camera as they move around the store.

The shopping trip can then be paid for via the app, with customers being required to scan a QR code when exiting the shop in order to confirm their purchases – thus removing the need to queue for a till.

While some shoppers welcomed the added convenience, others were less willing to adopt the new payment method.

Several customers continued to use the help desk as a regular checkout to pay with cash or card.

One customer remarked that the process of paying was “quicker the old way” and complained it had made him so late he had no time to talk to Compelo.