Rise of disruptor banks: How Metro Bank and Monzo are challenging the Big Four

When a new league table for retail banks was unveiled in August, it was noticeable how market challengers like Metro Bank and First Direct had overtaken their most established rivals when it comes to customer service. Dan Robinson looks at the rise of disruptor banks - and whether consumers are willing to switch 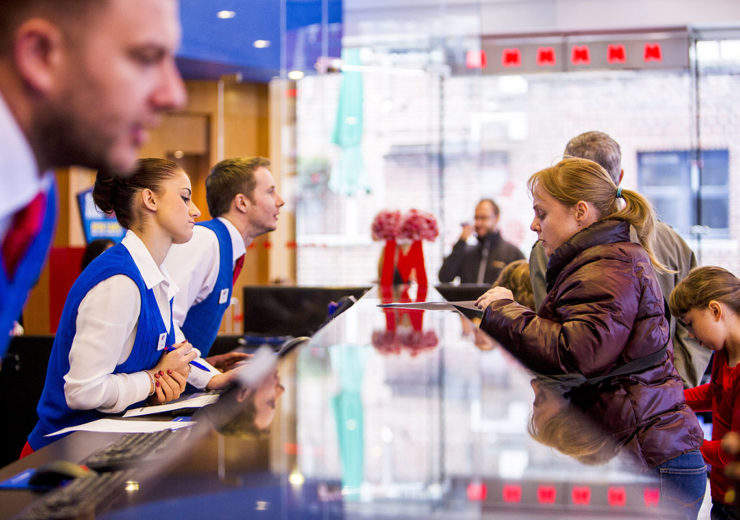 Inside a Metro Bank branch

By the end of this year, 2,868 bank branches will have closed in Britain since 2015. That’s about 60 every month as the days of cashing in cheques, withdrawing cash and opening savings accounts with a cashier or banker appear numbered.

But while the Big Four UK banks accelerate the transition towards digital banking, filling the space of growing customer dissatisfaction has been a notable rise of disruptor banks.

As branches have disappeared from town centres owing to an apparent decline in footfall, Metro Bank has taken the opposite approach.

It has 1.4 million customers and scored highly in a new bank league table jointly released by the Financial Conduct Authority (FCA) and Competition and Markets Authority (CMA) last month, with eight in ten customers saying they would recommend it to friends and family.

Also at the top was First Direct, another challenger bank, with the more famous names RBS and Clydesdale at the bottom.

“We’re pleased with the results and will always try to get better, to the point where our strength is in customer service because we think that’s what makes a difference as a disruptor bank.

“After the banking crisis, trust was at an all-time low and the industry still hasn’t quite recovered from that.

“The UK was a great location to bring a disruptor bank based on service in 2010 because of the low competition for physical banks – 92%-plus of the market share was owned by four banks.

“We genuinely believe there’s a large percentage of people who want choice, even if they don’t come into the bank very often, and it’s got to be healthy for the country to challenge and upset the status quo.”

Of the 2,868 bank branches that will have closed between 2015 and the end of this year, NatWest, HSBC, Lloyds, RBS and Barclays make up the top five, according to consumer service Which?, with Nottingham Building Society saying this has left 1,500 UK towns that used to have branches without any provision.

Many of those remaining are now shells of the hive of activity they once were, with minimal staff and starved of tender loving and care.

At Metro Bank, though, its branches are open seven days a week – with its 8am to 8pm weekday opening hours longer than most established rivals – and bank holidays don’t exist as they only close on three days a year.

Its six contact centres, located within branches rather than in an isolated office to embed customer service assistants within the fabric of the business, are open 24 hours a day.

Staff are hired based on attitude rather than experience, with recruiters looking for people “who want to help customers” to then train up.

Iain explains: “Having a very accessible store network, with great colleagues having personal interactions with customers rather than sending them to machines, is important to us.

“Other banks try to migrate customers from the channels they choose to what the bank decides, which is why they have self-service within branch.

“But we think people want a choice. A lot of customer use digital every day but might come into the store a couple of times a year, and we want them to have a great experience when they do.”

Among Metro Bank’s claims that give it good customer service scores are that new accounts can be opened in 15 minutes, while debit and credit cards can be printed off – with their PINs – in branch so people can be in and out in under half an hour.

Of course it has its limits – it doesn’t offer wealth management or insurance services, for example – but the bank says it will only launch these when it’s ready.

Research supports the suggestion that choice between branches and digital remains an important consideration for consumers.

A study by data and analytics company GlobalData surveyed 5,000 people in the UK for its Global Digital Consumer Analytics 2018 report found that 41% of UK consumers remain against the idea of purely digital banks – with 30% still on the fence.

A significant 67% admitted they’d prefer to use a bank that has branches – with only 9% saying this wouldn’t impact on their decision – while an established reputation is a big driver for 73% of respondents, versus 4% who don’t believe a strong track record matters.

While financial technology – or fintech – is a rapidly-growing sector in Britain that attracted double the amount of venture capital investment in 2017 than the previous year, it is still open to problems.

Cashplus – which claims to have been “Britain’s original and first profitable fintech” – bills itself as a challenger bank that offers current accounts and pre-paid cards.

It has a customer base of 1.4 million, including 120,000 small businesses, and is aimed at people with poor credit scores.

But last week, many customers were unable to gain access to their accounts or withdraw money for several days after a service outage caused by third-party maintenance.

This episode showed that, while digital banking may be the future, it still has a long way to go before there is no requirement for a branch network.

That’s not to say it’s suddenly all about bricks and mortar now. Online banking remains the way forward and investment in digital has been crucial to the rise of disruptor banks.

The likes of Monzo, Starling Bank and Atom Bank are built on having some of the best apps in the industry that make it easy for people to manage their finances – removing onerous security layers, offering immediate payment notifications and categorising purchases to track spending.

Monzo – symbolised by its bright orange card – reached half a million current accounts in March, just five months after the services were launched.

The GlobalData research shows that 28% of UK respondents are now willing to use a digital-only bank – and 35% globally – with the strongest advocates the 25-34 age bracket (39% in favour versus 20% against in the UK).

Some 40% believe they provide more advanced functionality (against 18% who disagree) and 39% say they offer better rates (versus 18% in disagreement).

Analyst Sean Harrison says: “The rise of challenger banks is a result of political and regulatory pressure to bring greater levels of competition to the market, and the development of cheaper and more efficient banking platforms.

“Regulators have overhauled their licensing and approval procedures, which has made it easier for new entrants.

“The cheaper and more efficient platforms that challenger banks operate on, combined with their digital-only presence has attracted tech-savvy consumers.”

Being valued for technology, branch service and trust was a milestone moment for the company, which was beaten to best app by Monzo in 2018 but still won best current account provider for branch service.

Iain, of Metro Bank, says: “I don’t think it’s about having to make a choice of whether to be a digital or branch bank – it’s the choice you provide for the customer and there’s a number of factors that are in our favour.

“Because we’re relatively new, we don’t have legacy IT, which means we can build everything in an innovative way.

“We also don’t have under-investment in branches. If you go to a Big Four bank, unless you happen to go to the flagship branch then it’s likely to be tired, dirty and under-resourced.

“Whereas we can come in and choose the best location and look for the people who have the best attitude to train them.”

The Moneywise Customer Service Awards has also been a successful arena for First Direct, which scooped eight awards – including most trusted current account provider and most trusted overall.

Set up by HSBC forerunner Midland Bank in 1989 as a pioneer in telephone banking, it has evolved to also become a key player in online banking with products in credit cards, loans, savings, mortgages and stockbroking.

It topped the recent FCA and CMA banking league table, and is an aggressive advertiser when it comes to enticing people to change banks with incentives such as a £250 interest-free overdraft.

While often neck and neck with First Direct, Iain says he isn’t worried about increased competition for Metro – which enjoyed a four-fold increase in profit-before-tax from £6m to £24.1m in its first half-year results for 2018 compared to the same period last year.

“The single biggest reason for choosing a banking provider is peer recommendation. People are more aware of the options they have now,” he adds.

“A really big thing from the CMA survey is that people can compare and contrast the experience they have with different banks.

“While we’re a disruptor, we’re very keen for new entrants to the market because that gives better choice for customers.

“It’s heading that way with energy and utilities, and people are increasingly waking up to the fact that there’s probably better options out there.”

Breaking up the big banks is a demand often voiced by campaigners, who found their voice and attentive ears after the 2008 financial crash, which was blamed on major bankers like former RBS chief executive Fred Goodwin.

While the major institutions haven’t exactly been broken up, the regulatory environment has been sympathetic to new players in the market.

Sean, of GlobalData, compares the rise of disruptor banks to how the energy market has been opened up in recent years.

He explains: “One of the main reasons that regulators wanted to bring greater competition to the retail banking market was the very low levels of consumer switching relative to other industries.

“For example, the home energy market experiences switching rates of between 30% and 40%. In banking it ranges between 10% and 17%.

“In light of this, challenger banks have attempted to differentiate themselves from incumbents by offering a superior digital experience, value-added products and services, and competitive rates.”

If it sounds like the big banks are on the cusp of being overtaken, though, you’d be wrong.

GlobalData found that in the UK, 83% of the market share for current and transaction accounts is taken up by the familiar names Barclays, Santander, Lloyds, Halifax, NatWest, Nationwide, HSBC, TSB and RBS.

Despite topping customer service charts, First Direct commands only a 3% share and Metro Bank is still in the decimal percentage points.

Many also struggle to make money for a long time, with Monzo’s losses jumping four-fold to £3.1m in the 12 months to February despite having 750,000 total users – a number expected to reach “several million” by the end of 2019.

More products and more customers are needed for this to change, believes Sean.

He adds: “Despite their operating efficiency and lack of physical infrastructure, scale is critical in retail banking.

“Many challenger banks have yet to make a profit mainly due to the fact they haven’t acquired enough customers.

“While still small, challenger banks will pose a threat to the incumbents if they are able to integrate a range of value-added products and services to customers and increase their acquisition rate.”