Now in its 53rd year, the Queen's Awards for Enterprise highlights UK businesses that are pushing the boundaries in terms of innovation, sustainability, opportunity and trade 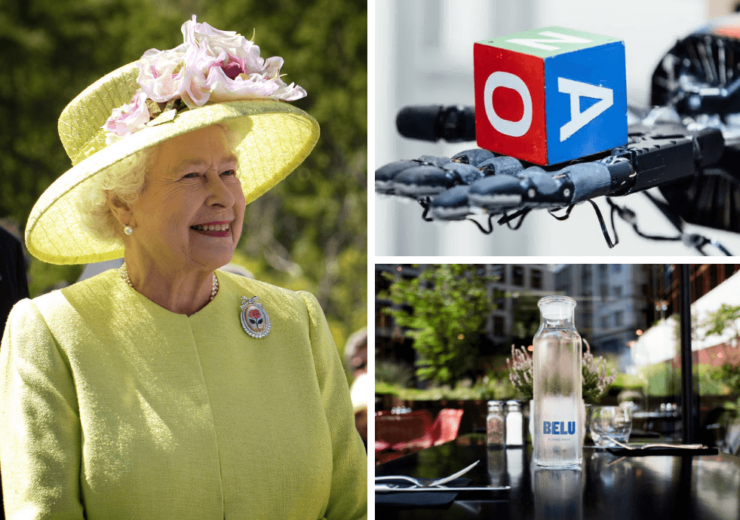 Businesses from across the UK have received the royal seal of approval in this year’s Queen’s Awards for Enterprise 2019.

Winners were selected in four categories for their innovation, sustainability, contribution to international trade and promotion of opportunity through social mobility.

Nearly 200 companies were recognised in the Queen’s Awards for Enterprise 2019 – here are seven of the most exciting.

Robotics firm The Shadow Robot Company has developed a mechanical hand that is capable of mimicking the movements and dexterity of the human hand.

The robotic appendage has 129 sensors and 24 joints, and is capable of 20 independent movements.

Since being founded in 1987, the company has expanded into offices in London, Bristol and Madrid.

The technology has applications in manufacturing and industry, and Shadow Robot has partnered with NASA, Siemens and Qualcomm.

SBG Sports Software develops race strategy software for use in Formula 1 and other motor sports competitions.

The London company used its experience in television graphics to develop a software capable of turning data from a car’s GPS, timing feeds, team radios and broadcast cameras into video analysis.

Post-race information is made easier to assess and determine where improvements can be made.

SBG Sports technology was also used at the London 2012 Olympics and on Porsche’s win in the 24 Hour of Le Mans race.

CEO and founder Ali Clabburn said: “We are constantly innovating to provide our clients with cutting edge technology, alongside proven behavioural change techniques to guarantee the schemes we implement are a success.

“Working with our base of over 700 clients to help them change and improve the way their staff travel is so satisfying, and their success really is our success.”

AI-powered speech recognition software company Speechmatics was recognised for its contribution to innovation.

Its machine learning programme automates the language-learning process by recognising patterns between languages and adapting to become more accurate.

The software enables more reliable transcription of speech-to-text and is used by companies such as Adobe and Deloitte.

The Cambridge-based company has so far taught the framework 75 languages including Russian, Korean and Hindi.

Sustainable water company Belu Water was a winner of the Queen’s Awards for Enterprise 2019 in the innovation category.

The London-based social enterprise donates 100% of its profits to charity WaterAid and helps to reduce the use of single-use plastic bottles.

Its water filter system, which can serve chilled and carbonated water, is used in restaurants, hotels and cafes, and installed free of charge.

Belu Water is forecast to donate more than £1m to WaterAid this year.

Driverless cars are trained in simulations in order to make sure they are safe enough to be used on public roads.

The team at rFpro use laser scanners to map public roads before converting them into 3D digital models that look realistic and adapt to different lighting and weather conditions.

Its involvement in this rapidly-growing sector has led to sales growth and expansion into overseas markets, and its clients include BMW, Ferrari, Toyota and Porsche.

The e-commerce company has developed a circular fashion system, which reuses and redesigns old T-shirts.

Designers can use the platform for free to create and market their own fashion brand.

An automated factory then produces the clothes from old garments and distributes them directly to customers.

Teemill Tech claims its system changes customers from being consumers to participants in the fashion economy.