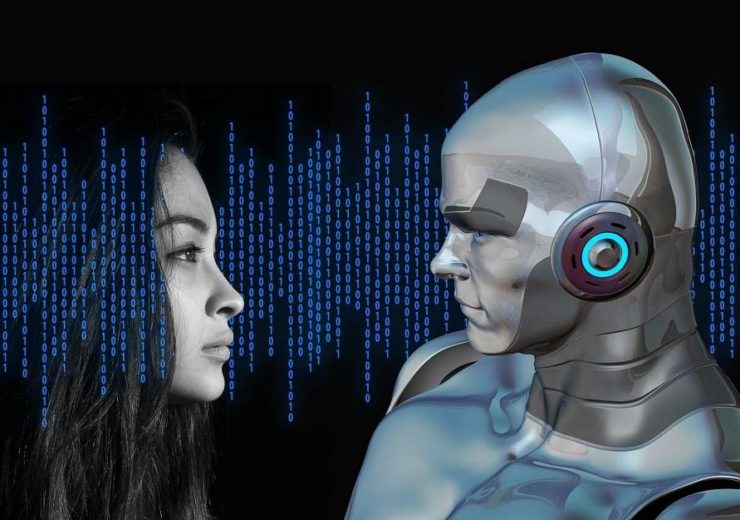 There’s no doubt our lives have already been transformed by technological innovation but humans may not have even begun to feel the true impact of artificial intelligence yet – and a new report shows there’s plenty of work ahead to improve public perception. Dan Robinson reports.

When Dr Michael Godoy and his team developed a new chatbot that could understand a user’s emotions, he realised it could have a profound impact.

As programme director of telemedicine and scalable therapeutics at the University of California, he believed he could be on the precipice of a major breakthrough in using artificial intelligence for virtual doctor-patient appointments on a near-human level.

But when it came to presenting the invention to the entire department, he was met by three different reactions that told him a lot about human attitudes towards AI and wider technology.

“Our professor thought it was amazing and would solve all the therapeutic problems,” he recalls.

“The next person asked where the evidence was to back this up, while there was someone who worked in admin whose eyes lit up – then they said ‘oh my god, the Terminator is coming’.

“Some people will embrace technology and see it as a way to solve today’s problems, some will be sceptical and others are absolutely not up for it at all.”

Herein lies the problem for tech companies as they try to encourage people to embrace AI and other innovations.

What Deloitte survey shows about the public perception of artificial intelligence

It’s an issue further highlighted by a recent Deloitte survey of 9,500 individuals in eight countries that was presented to the audience at the beginning of IoT Solutions World Congress in Barcelona last month.

The study sought to find out how those people felt about technologies including AI, internet of things (IoT), drones, blockchain, autonomous vehicles, and virtual and augmented reality.

Of 14 technologies put to them, only three were met with positivity by more than half the participants – IoT, 3D printing and cloud.

At the other end of the spectrum, blockchain and drones impressed only about 40% of people.

Dr Mark Cotteleer, research director of Deloitte’s Center for Integrated Research, led the study and says the key objective for tech businesses is to find a way of pushing those figures up by 10% each in order to get more people on board.

Age also tends to follow the variation in attitudes – while the 26 to 45 demographic is sceptical about sharing their data in case it affects them in the future for activities such as loan applications, those aged 18 to 26 are happy for their information to be used to benefit from a personalised experience.

Education is another big factor in acceptance, as Dr Cotteleer says: “The higher educated you are, the most positive you are likely to be about these technologies.

When it comes to countries, China recorded the most consistently high results for positivity across all the technologies – many of which were met with backing by between 60% and 70% of those surveyed.

In contrast, many European nations – Spain aside – and the US scored consistently below 50%, and under 40% for many technologies.

If there were 20-plus percent swings in cultural attitudes towards products on the market, then companies would investigate the issue thoroughly and find a way of altering them, believes Dr Cotteleer.

He adds: “We have our work to do. If, in our respective countries, we want to use technology growth as a means to drive economic growth, we need to think about what the people on the ground are being asked to use these technologies going to think about it.”

Helena Lisachuk, IoT global lead at Deloitte’s consultancy arm, points out how about two-thirds of people in China were positive about AI, compared to 38% of Americans.

But the figures for machine learning – commonly regarded as a subset of AI – were much closer at 60% and 48% respectively.

“It shows how important it is that the word ‘artificial intelligence’ is embraced,” says Lisachuk.

“Maybe in the US it brings a little bit of a threat, while ‘learning’ has a positive correlation.”

How to improve the public perception of artificial intelligence

Perhaps it all comes down to the idea of “what about me?”

Lisachuk believes the industry needs to demonstrate effective applications of technology for the end user, rather than just shouting about the innovations it’s brought into the world.

“People will ask ‘how do I benefit? How does my life become easier?’

“They might see a new chatbot and say ‘it takes away some of the admin work from me so I love it. But if it takes away my job then we have a problem’.

“Communicating how this specific change provides value to you directly is where I see success, but it takes a while to untangle the language.”

This is where ethics come into consideration, and Lisachuk believes services that want to use personal data also need to speak to people on a human level to reassure them about privacy and argue its benefits.

In the case of Dr Godoy’s therapy chatbot, there’s a balancing act to be had when utilising the potential of its AI.

He says: “We’re in this flux where we’re not sure how much this chatbot should be able to do. Yes, it could recognise someone is in crisis, but at what point do we call the suicide helpline?

“It’s a tricky decision on how to handle their data. In an ethics-first principle, we have to think about how this data is going to help users.

“In some situations, it’s life or death so ethics is a critical component of that.”

According to the Deloitte Center for Integrated Research, if people believe they will have the ability to engage in how technology is implemented, it results in a 121% increase in positive attitudes.

Dr Godoy believes having control over our own destiny is a crucial part of embracing innovation.

He adds: “There’s a high fear of technologies from those who think other people control their destiny.

“It’s brought about by this concept of having technology control your life, rather than the other way around.”

Leaders have a key role to play throughout all this.

A CEO who makes it clear to staff how AI will be implemented and is keen to emphasise it will help, rather than replace them, has a better chance of gaining tech acceptance.

To highlight the influence they have, Dr Cotteleer points to the results of another question asked in the Deloitte survey about whether respondents agreed or disagreed with the statement “when my employer makes a decision, they have my interests in mind”.

“By doing that, we can drive positivity and, through that, the successful implementation of technology.”

And as the University of California therapy chatbot invention and the reactions it generated would suggest, improving the public perception of artificial intelligence could one day have a monumental impact.