Christopher Manning, a professor of computer science and linguistics at Stanford University, has worked at US software firm IPsoft to shape the DNA that underpins the company’s Amelia digital worker bot 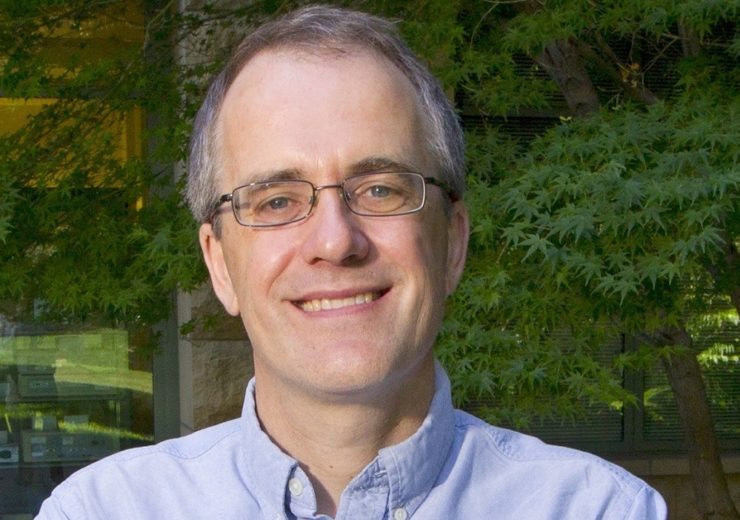 Described by a colleague as one of the world’s top two minds in the field of artificial intelligence, when Professor Christopher Manning speaks, people listen.

So when he declares that natural language processing (NLP) – technology that enables machines to make sense of the way humans ordinarily speak according to its intended meaning – is the perhaps the most important branch of AI right now, the tech industry should take note.

The 53-year-old Australian is even helping to evolve natural language understanding (NLU), which uses NLP algorithms but also identifies wider cultural contexts surrounding the world in which words are spoken or written – with the aim of making language deciphering even more intelligent.

Alongside his role as professor of computer science and linguistics at Stanford University, Prof Manning has worked at US software firm IPsoft to shape the DNA that underpins the company’s Amelia digital worker bot, which it claims to be the “world’s most sophisticated” virtual assistant.

Prof Manning sits down with Compelo at the IPsoft Digital Workforce Summit in New York City – where IPSoft CEO Chetan Dube made the claim about the academic’s importance in the tech world – to chat about the importance of NLP, the impact of AI on jobs and the perceived hype surrounding it.

“On the one hand, machine learning as a technology has been at the centre of the big advances of this decade.

“But over the past five years, it’s been in neural networks and deep learning.

“It’s been the singular technology that’s enabled things to be done and will do for the next decade as well.

“It’s super important because of the fundamental-ness of language to human beings.

“If human beings are wanting to explain, request or order something, the way we transfer information from one person to another is through language, and we can do that very efficiently.

“In contrast to that, it’s used very inefficiently if you’re going through different clicks in terms of what you really mean.

“Having computers being able to understand is the key to getting a really pleasant interaction between machines and humans.

“One of the opportunities that’s unresolved is how to do that really well. It’s a work in progress.

“Speech recognition that translates sounds into words has got really good now – if you speak to your phone, a lot of the time it’s exactly what you’ve said.

“But the problem is it doesn’t mean what you really mean so you can’t get much more out of it then ‘would you like me to do a web search for you?’

“So the deeper understanding of what things mean is important.

“Part of the reason is because humans don’t say exactly what they mean. They use a lot of informal language and metaphors that other humans are good at recognising.

“Secondly, they’re expecting the person they’re talking to, to understand the wider context, so they can say one word and that will be enough to make something happen.”

“Amelia is at the forefront of allowing longer interactions for processes that require a lot of steps.

“A lot of companies have facilities in NLU. Siri and Google Assistant enable you to do simple tasks like make a calendar entry or play a certain type of song.

“Ask a question about how much the Californian surplus was last year and you might get the answer.

“But to be able to have an extended interaction through the phases of merging two accounts together requires a few steps and flexibility as there are conditions of how you understand different contexts.

“When will we get natural language understanding? I think it’s going to be a slope we climb.

“To really interpret language, we need to understand a lot about the world. We communicate efficiently in language because we rely on the fact that people we talk about are intelligent people.

“So it’s building up the knowledge of the world, which isn’t impossible but it’s still hard to do.”

“There’s no doubt at all that, at the moment, there’s a lot of AI hype and we can hear quite extreme predictions where people are saying whether it’s two years’ time or five years’ time, we will have these super-intelligent AI and we’re very close to the singularity.

“I don’t think that at all – I think we’re decades away from having any machine intelligence that has the same flexibility and breadth of human intelligence.

“On the one hand, it’s the case that we can do a tonne of things with AI that are very useful.

“There’s a lot of reality behind the hype that’s beginning to change the world and will change it a lot more.

“We’re just in the beginning phase for how AI will be deployed in the business world.

“There’s huge opportunities for companies to make use of AI and make large amounts of money doing that.”

Prof Christopher Manning on opportunities in AI and the future

“The starting game is that the clear opportunities are in limited tasks that are done at high volume and we want done better, more consistently and cheaper – and without people waiting for them.

“Anything where there’s some kind of task, whether it’s a manufacturer that wants to check quality control and uses a robot to move around the factory floor, or in a call centre that uses NLU to handle the level of calls that come in.

“Where things are heading is to build systems with more contextual relevance, can do a wider range of complex tasks and can more rapidly pick up new tasks.

“Humans are extremely adaptable to do new things, whether it’s new machinery or having to handle new orders because you can explain these things to them.

“Whereas we’re still having to train up machine learning systems to new ways of doing things.

“We’re not in the same space of flexibility and that’s a very active way of doing machine learning systems.”

Prof Christopher Manning on impact of AI on jobs

“It’s a complex issue. On the one hand, it’s wrong to completely sugar coat things and say everything will be fine.

“But on the other hand, I don’t think we should be too worried – although it’s hard to predict the future.

“What’s happened time and time again is job functions that have gone away but then been replaced.

“It used to be the case that 90% of people worked in agriculture but now it’s about 3%. So almost everyone lost that job.

“Then we can look at other jobs like factory work and mining. They used to employ thousands of people but now has far fewer numbers.

“Over time, technology has opened up new opportunities. There used to be a lot of bookkeepers who added up numbers. Then they created spreadsheets and that function went away completely.

“It turned out that if you could add up numbers in seconds, there was a lot of financial modelling opportunities that came up.

“Now there’s far more people employed in spreadsheets than there ever were in bookkeeping.

“In many ways, we should look at this as progress of the world getting better and if we look to tackle it head-on early, we can get ahead.

“On the flip side, we need to be sensitive to all of society. There’s a lot of people in their 40s and 50s who have spent their life in a certain career – it’s their livelihood and they’d just like to keep doing it.

“We can talk about lifelong education and reskilling, which are good, but we also have to be sensitive to the fact that humans are slow to change and we need to be flexible about how we approach it.”

Prof Christopher Manning on the effect of AI on society

“Fundamentally, I don’t think we should be afraid of – or against – having better technology.

“In the period of the technology optimism in the 1960s, people predicted we would be working three days a week because technology would take up so much of the function.

“But what’s needed clearly is rethinking various parts of the current social contract so actually it’s a great thing and society can broadly benefit from it.

“Whereas it seems at the moment we’re stuck with a social-business system where not all the benefits are being shared as well as they could and should be.”