Plan.com: How the UK’s fastest-growing tech company is based on a tiny island

As the first company from the Isle of Man to top The Sunday Times Tech Track 100 list of the UK's fastest-growing tech companies, plan.com owes its success to tech, a rewarding workplace culture and committed employees. Finance director Neil Kelly explains this cocktail of innovation to Felix Todd 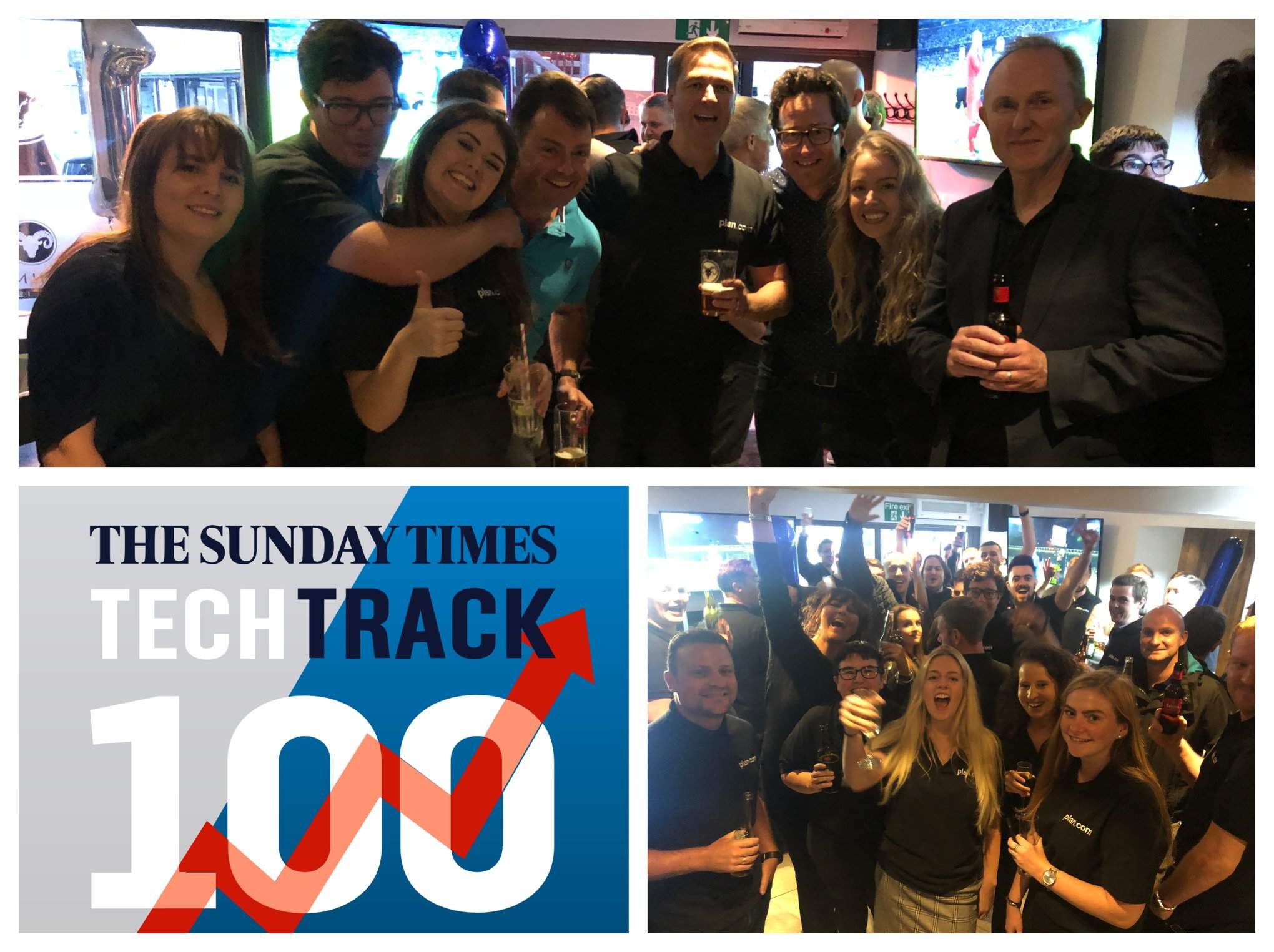 The fastest-growing tech company in the UK isn’t a trendy London start-up or an innovative member of the Northern Powerhouse. Instead, plan.com is based on the Isle of Man – an island off England’s west coast with a population under 90,000.

Its position at the top of The Sunday Times Tech Track 100 marks the first time a company from the area has topped the table, with its 100-plus employees also accomplishing the highest rise in sales figures over the past ten years.

The business-to-business telecoms company’s finance director Neil Kelly explains that it was his company’s tech prowess, coupled with its committed employees – they have to move their lives to the island, after all – and powerful work culture that spurred it to this achievement.

“Our journey has been a story of fast growth – we completed our first customer deal in 2014, the year we were founded – and have not looked back since,” says the man who has been with the business from the very beginning.

“While we do define ourselves as a tech business, it really has been a collective effort on behalf of everyone here that has seen us to this point.

“Growth is always difficult to sustain moving forward, but that’s the challenge that lies ahead and we’re confident we can meet it.”

Together with its network of UK partners, including O2, plan.com supplies bespoke business telecoms solutions rather than the fixed packages provided by the bigger competitors.

Offering mobile, hosted voice, broadband and software services, it would be easy to view the company as purely tech-focused, but to do so would be wrong, according to Neil.

He explains: “We are in the telecoms space and our leading product is mobile airtime, which we provide to business customers.

“But when we describe ourselves as a tech business, by that we mean we use our tech focus and software capabilities to deliver the best possible customer experience.

“Ultimately, we’re a provider of communication services that help improve businesses to do what they do better.”

Plan.com claims to be unique because of its online portal, which allows the company to provide its customers with bespoke products in a quick and convenient manner.

It also helps its partners, which benefit from enhanced flexibility and control, being able to use the portal to open and close deals with ease and deliver their service even when they’re out of the office – as long as they have an internet connection.

“We are one of a kind in the sector because we devised our own customer portal which helps us sell our product,” says Neil.

“It allows us to create completely tailored quotes for customers depending on their requirements and what they want to get from their interaction with plan.com.

“It makes for a really seamless customer experience – the whole process can be done in just a small number of clicks.”

All the innovative technology in the world won’t make for a successful business if the employees who use and sell it aren’t happy, however.

Fortunately, this is something plan.com has taken note of since its inception.

Neil says the founders of plan.com, Dan Craddock and Keith Curran, started the company on the belief that enjoying your work is a vital part of life as a whole.

“People spend a large portion of their lives working so we should all get some real enjoyment from that time,” he says.

“The culture we have here is in the blood of our founders and has trickled down to the rest of the company.”

Staff at plan.com are given free reign to come up with ideas along with the space they need to make those imaginings a reality.

The company’s new “super HQ” – which will be built in Victoria Street, Douglas, a stone’s throw away from the current base in the town’s Hope Street – is being designed as a fun, social and productivity-inducing place to work.

It will feature seven floors, along with “living walls” adorned with vegetation, suspended meeting pods and even a roof-top bar.

“It sounds a little cliched – but we really do operate on a system of work hard, play harder,” says Neil.

“For example, last year we didn’t have a Christmas party, – we all went to Iceland instead, travelling around the country, swimming in the lagoons. It was a once-in-a-lifetime experience and so much fun.

“Our employees are able to achieve such good results because they work in a receptive environment and they’re happy coming into the office everyday.

A team of staff willing to restart their lives for plan.com

Being based on an island comes with inherent difficulties, namely sourcing staff who don’t live within its shores.

While Neil admits that while there’s buckets of talent on the Isle of Man and the majority of its financial services team is locally-sourced, plan.com has had to contend with the nationwide software development skills shortage.

“Our staff is a real mix of people from all over the place, but for things like software development, we’ve had to look elsewhere,” he explains.

“There’s a lot of talent in this area coming out of places like Poland, Germany and Serbia, for example.

“So if it’s a situation where we’re considering an employee from off the island, and they’re considering us, first we’ll do a remote interview but ultimately we’ll bring them over to the island for a few days to get a feel for life and work here.”

Neil feels that despite the difficulty in relocating people, the process is worthwhile as it ensures the staff who end up working at plan.com are completely committed to the job at hand.

“We once flew over a man, his wife and their cat – yes, transporting the cat was expensive – and he ended up working here. Now, he’s a valued member of the team.

“It’s a great way to guarantee dedication because people aren’t going to take a job on a whim if they’re moving their entire life to make it possible.”