The growing edtech sector just got a little bigger with today's launch of the pi-top 4 - a modular, portable computer with a myriad of applications to aid tech learning 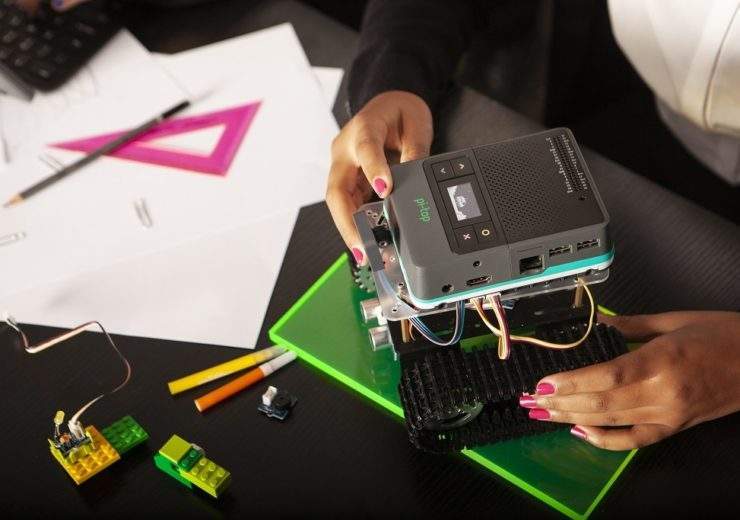 The pi-top (4), launched today, is modular and portable

From clipping on to drones for a bird’s-eye-view to controlling robotic vehicles, the new pi-top 4 edtech tool aims to improve education by encouraging a generation of coders.

What is the pi-top 4 educational computer?

Launched today (23 January) by creative learning company pi-top, the portable, modular computer can also be linked with moisture sensors to record environmental data or worn to measure movement, with information visible via its screen display.

The edtech device, which connects to PC, Mac, Chromebook and pi-top laptops, is being released in conjunction with the company’s Makers Architecture range, which includes various accessories, cameras, motors and sensors.

Pi-top co-founder and CEO Jesse Lozano said: “The pi-top 4 is quite simple the embodiment of everything we’re building here at pi-top.

“It’s an intuitive tool that helps people create, collaborate and solve real-world problems – I can’t wait to get it into the hands of makers around the world.”

Chief education and product officer Graham Brown-Martin added: “We conceived of the pi-top 4 as a modular computer that works anywhere.

“You can use it at a desk with your existing hardware or strap it to your chest and take readings on the move – it’s your companion for every project.”

The pi-top 4 is designed to inspire young learners of all ages to be more inventive and critical in their thinking.

Founded in 2014, pi-top is a creative learning company based on the idea that a so-called “maker-mindset” is essential to develop the skills needed to be future-ready.

Its two founders, Mr Lozano and Ryan Dunwoody, initially set out with the intention of  designing and manufacturing the world’s first 3D-printed laptop.

However they soon turned the company into a creative learning firm, and now have more than 75 employees operating out of offices in London, Austin and Shenzhen, with more than 2,000 schools worldwide using pi-top products.

Mr Lozano said: “Our vision for the future of pi-top is a connected community of teachers, creatives, academics and enthusiasts who are motivated by making change in the world.

“That could be anything from inspiring a pupil to shooting an incredible film with the help of pi-top 4.

Mr Brown-Martin added: “Learning doesn’t have to be a one way interaction between a teacher and a learner.

“It can happen anywhere and the best way to better yourself is going where your curiosity take you – that’s where you make the most important discoveries.”