Patientory: How ‘Facebook for healthcare’ app puts patients back in control of their health

Founded by 28-year-old entrepreneur Chrissa McFarlane, Patientory is a new blockchain-based app that integrates health data that can be easily accessed by patients, doctors and chosen health organisations. She explains to Dan Robinson how it works 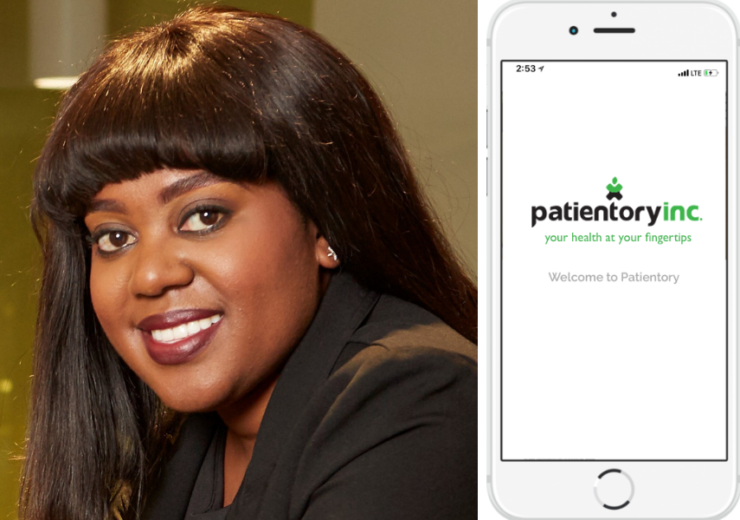 From Apple Watches to Fitbits – and a plethora of gadgets in between – we’ve never been more aware of our health performance thanks to technology. But there remains a gap between data collected by wearable devices and information held by doctors – one that the founder of new app Patientory hopes to close.

Dubbed “Facebook for healthcare”, like many other recent apps proclaiming to revolutionise an industry it uses blockchain-based software.

Its mission is to put people at the forefront of their own health so they can securely access, store, track and exchange their data with their chosen medical professionals to help them live healthier leaves and alleviate pressure on bodies like the NHS.

Patientory is the brainchild of young tech entrepreneur Chrissa McFarlane, who launched the app yesterday (27 September) after spotting how health information was “siloed” between various healthcare organisations.

“We want to empower consumers and patients to own their health rather than rely on the government and this person who we see twice a year for consultations,” she says.

“We’re allowing them to track all the details of their health by giving them an app that integrates medical and health information so people can make those conscious decisions about their healthcare.

“So many people now have Apple Watches, Fitbits, heart monitors and all kinds of Internet of Things devices that provide an overall view of a person’s health.

“We now have an algorithm that gives them a health score. It means the doctor can look at the data when they’re with a patient or even remotely, rather than having to perform tests and the patient returning in a couple of months for check-ups.”

How Patientory came to life

Chrissa, a 28-year-old New Yorker, spotted the need for her app while working at another medtech start-up in the field of telemedicine – a concept that uses telecoms and IT to diagnose and treat patients remotely.

The aim of that company, launched in 2010, was to bring patients and doctors together to collaborate online over diagnoses.

But the concept of telemedicine didn’t really grow, believes Chrissa, because of issues in gaining access to patients’ data records, while doctors would have trouble in prescribing drugs remotely.

“It’s an issue that doesn’t just exist in America but in countries like the UK and Canada that have universal healthcare too,” she says.

Patientory Inc. was set up in December 2015 and, since then, Chrissa has worked on developing the software from its base in the US city of Atlanta, Georgia, alongside a team of about 10 developers.

In what was reported to be a first for a digital health company, it raised $7.2m (£5.5m) in three days through an initial coin offering (ICO) in summer last year.

Some 70 million of the start-up’s own PTOY cryptocurrency tokens were bought by 1,728 purchasers around the world.

As a young, female entrepreneur, it might be imagined that Chrissa would face challenges to her business model from one of the more traditional industries that exist.

But she says: “I was in a meeting where people really started to pay attention and definitely wanted to learn, and I just thought ‘wow’.

“It’s such a breath of fresh air. Healthcare is one of the most conservative industries that hasn’t really experienced much innovation so we’re changing the status quo.

“People who work in the industry got into healthcare to change lives so they’re receptive to new ideas that will achieve that.”

Alongside the commercial side of her business, Chrissa has set up the Patientory Association, a non-profit organisation that focuses on the adoption of the company’s blockchain platform for positive use.

She adds: “The Patientory Association is solving the greater problem of healthcare technology through building up a network of ambassadors.

“What healthcare missed the most was the actual focus on the patient, so this is trying to drive the revolution to put the patient at the centre of their health.”

An overview of your health

Now available on Apple’s AppStore, the Patientory platform creates a dashboard view of a person’s overall health and wellbeing.

While this may sound like a slightly posher programme than Apple’s own in-built Health app – and others on the market – Patientory not only integrates data from other apps and wearable devices, but it will soon be connected to hospitals and medical group practices that adopt the software.

The company already has a partnership with Colorado Permanente Medical Group – part of private healthcare giant Kaiser Permanente – and hopes to establish more links over time.

It is working with small clinics to test its software and any organisations that use the software will pay for it.

Chrissa says: “It’s creating an ecosystem to allow different health organisations come together and partner by storing and exchanging this information securely.

“The goal is to be able to impact at least one million lives, whether through the app or the blockchain in general from an institutional standpoint.”

The security of the data owes to the blockchain technology that powers the mobile decentralised app (dApp).

Blockchain, which is gaining prominence in the financial services industry, is a distributed ledger platform that records and safely secures transaction data.

In the case of Patientory, the PTOYNet blockchain facilitates the storage and exchange of health information between the public, their doctors and healthcare organisations.

It is protected from cyber-attacks by cryptographically enforced network consensus, and the patient requires a virtual key to access the information, which traces back through their lifetime.

Consumers are given a data allowance to begin with but to continue adding to it, will need to buy more capacity to store in their Patientory “wallet”.

Chrissa explains: “Various devices holding data weren’t able to talk to each other before and the information was siloed. It could be anything from GP and dental records to Fitbits and meditation.

“Out of all industries, healthcare in particular has always used a siloed system.

“Companies might use an Epic electronic record and then another has a Microsoft database but they aren’t interoperable, meaning patients are going from one system to the next.

“But by putting it on a blockchain, we have a shared network that could also be rolled out to include pharma and insurers.”

For today’s mobile, global workforce, the ability to share complete, current health information with medical professionals when required will not only improve efficiency but can also save lives, says Chrissa.

She points to research released last year by US global policy think-tank Rand Corporation, which shows 60% of American adults live with at least one chronic condition – while 42% have more than one.

Meanwhile, a report by government agency Public Health England earlier this month highlighted the changing health demands in England due to an ageing population.

Diabetes, obesity, dementia and mental health issues are on the rise, while it found men face on average 16 years of ill health and 19 years for women.

“This is at the same time that the cost of care is increasing,” adds Chrissa.

“So having an application that can hone in on the individual and see they’re making conscious health decisions means that having the ability to improve their quality of care is definitely needed.

“But this also has implications for the industry. How can we make a more cost-efficient system while also making these improvements?

“You can see the benefits it would have in Britain. Right now in the NHS, you might go to see a specialist and it can take weeks to transfer data.

“What we’re doing cuts down on the duplication of exams and the time needed for treatment.

“Once patients start tracking that information, it allows doctors to become better stewards of their healthcare and improve the outcomes for patients.”