Nissan is shooting for the stars with its most recent project - a battery-powered pick-up truck that acts as mobile space observatory, capable of transporting a high-power telescope from the European Space Agency to remote areas with a clear view of distant galaxies 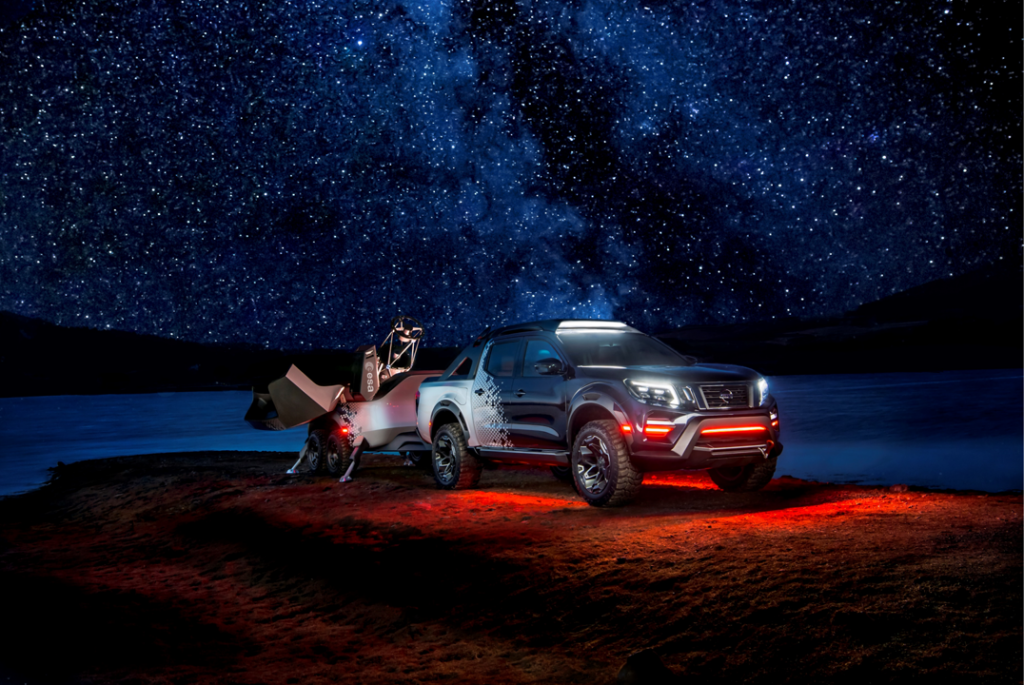 Nissan has transformed one of its pick-up trucks into a mobile space observatory – allowing astronomers to gaze at the stars in remote locations, away from the obscuring glow of urban areas.

The one-off Nissan electric vehicle was developed together with the European Space Agency (ESA), and was unveiled yesterday (19 September) at the Hannover Motor Show in Germany.

“Telescopes like the one in the trailer are needed in studies of planets and stars in our galaxy, allowing Earth-based follow-up campaigns enabled by the Gaia data.”

The trailer attached to the Navara truck includes a module which creates a refrigerated atmosphere, allowing the telescope to remain stable and calibrated at the optimum temperature while in transit to its location.

Once there, its mechanised roof retracts, giving the ultra high-power Gaia and its 40cm mirror a full view of the sky and the stars beyond

Both the vehicle and trailer feature portable electric battery packs that, when not in motion, begin charging immediately in order to be ready for use.

“Through Nissan Intelligent Mobility and ProPILOT, we are creating the best solutions for the next frontiers of business, no matter how complex the commercial need.”

The concept is not planned to go into production and Nissan plans to donate the telescope from its mobile space observatory to the ESA as part of its educational outreach initiatives following the Hannover Motor Show.