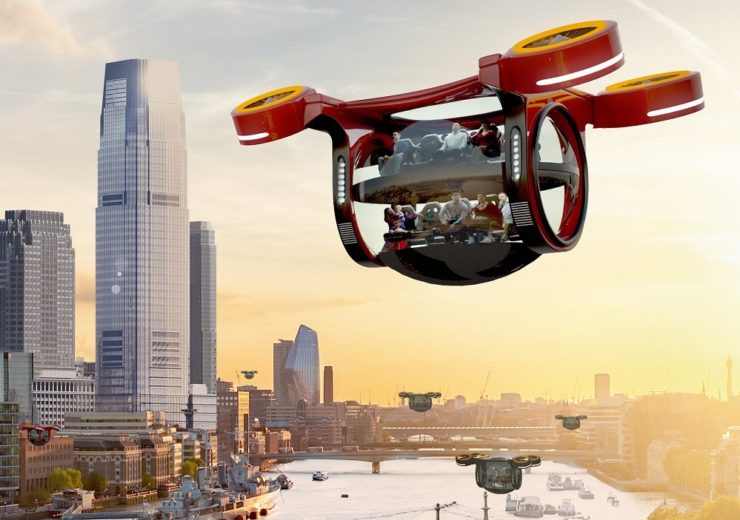 Flying cars, space tourism and subterranean living were all part of the experts' vision of the future

Sports stars whizzing around on hoverboards and subterranean skyscrapers plunging beneath our feet could all become commonplace in 50 years’ time, according to a new report predicting tech trends ready to shape our future.

The Samsung-backed Future in Focus report was compiled by a group of six British academics and futurists, delivering bold predictions on the way people will travel, work and live in the future.

Some of the more outlandish predictions included a new Quidditch-style sport played on hoverboards, and 20,000mph rocket travel blasting passengers between London and New York in 30 minutes.

President of techUK, and co-author of the report, Jacqueline de Rojas said: “The next 50 years will bring the largest technological changes and innovations we have ever seen in our work and leisure.

“The Digital Revolution, just as the Industrial Revolution did 250 years ago, is challenging all our assumptions about how we shall lead our future lives.

“Looking ahead, we can expect to be connected to everything, and everything we do will be assisted by digital technology.”

Here we take a peek into the future with nine predictions of how tech could revolutionise everyday life over the next few decades.

In 2069, commuters will be taking to the skies instead of driving along congested highways.

According to the researchers, drones will be able to transport people to their chosen destinations, while navigating along rivers and waterways to ensure a clear route through the sky.

A number of companies are currently competing to develop the first flying car and make the sci-fi dream a reality.

Among them is Uber, which has said it will invest 20m euros in its Uber Air project over the following five years, and Airbus Vahana, which completed its first automated flight in May this year.

Additive manufacturing, or 3D printing, is already used to create the likes of car parts, guns and clothing.

Bioprinting, the production of body parts, such as skin tissue, is an emerging market that’s anticipated to be worth $1.33 billion by 2021.

As the technology progresses, it’s predicted that what can be printed will become even more sophisticated.

The futurists claim that artificial organs could exceed the quality of their natural counterparts, resulting in everything from night-vision eyes to higher capacity lungs.

Commercial flights to space are close to becoming a reality, with billionaires Richard Branson, Jeff Bezos and Elon Musk all involved in the new space race.

The Bezos-backed Blue Origin and Musk’s SpaceX are both aiming to let people experience weightlessness in sub-orbital space by the start of the next decade, while Virgin Galactic has already unveiled its spaceport.

By 2069 tourists could be spending weeks at a time in space hotels orbiting the moon.

Re-usable rockets would also be used for city-to-city travel at supersonic speeds — cutting flight times from London to New York to just half an hour.

At the start of the month, French inventor Franky Zapata became the first person to fly across the English Channel on his self-designed jet-propelled hoverboard.

As the technology becomes more commonplace, futurists believe it could breed a new form of sporting spectacle.

Aerial sport matches could be competed between teams flying above the pitch on hoverboards — similar to the Harry Potter-based fictional game of Quidditch.

As the world’s population continues to grow, food manufacturing will struggle to keep up.

This has led to predictions that insects will become a vital source of protein in diets.

Diners at the London-based Mexican restaurant Santo Remedio can already ask for grasshoppers to be added to their guacamole.

But this will become more commonplace in 50 years’ time, according to the report — to the point where kitchens will be fitted with counter-top bug-growing pods.

A series of underwater tubes will transport people across the English Channel, in a futuristic take on the Eurostar.

People will be able to travel to mainland Europe in individual or group pods that speed along the ocean floor through a glass tunnel.

It’s predicted that the new method of transport could also take people between England and Scandinavia in under an hour.

Virtual assistants, such as Amazon’s Alexa and the Google Home, can already be found in millions of homes across the world.

The next stage of the technology’s development could see smart speakers become virtual companions and carers.

The addition of health sensors would allow the assistants to get to know their owners vital signs and prompt users to make healthier lifestyle choices.

In 50 years from today, subterranean living could be commonplace as construction firms build downwards in order to increase the capacity of skyscrapers.

The underground structures would also have the additional benefit of being able to withstand earthquakes.

Haptic suits are also expected to bring about a revolution in the entertainment industry.

The futurists believe that the technology could recreate all five senses to allow people to immersive themselves in the film or video game they are watching.