German fintech start-up N26 aims to take on challenger banks like Monzo, Revolut and Starling Bank with its smartphone app, which was rated as the best in Europe through customer reviews in both Apple’s App Store and the Google Play Store 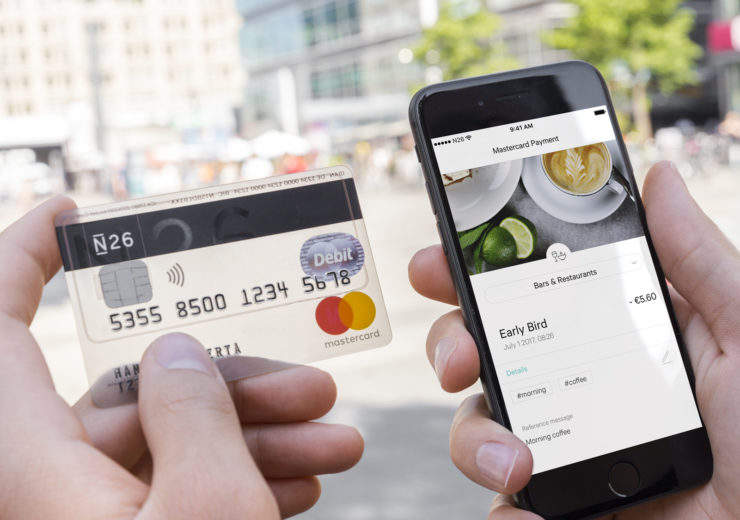 After rapid growth in Europe, German mobile bank N26 is now available in Britain – with the United States next in its sights.

The Berlin-headquartered fintech company, whose smartphone app has been rated as the best in Europe through user reviews, is embarking on a global expansion plan.

It’s the latest challenger bank to be launched in the UK, following the successes of other start-ups like Monzo, Revolut and Starling Bank.

Initially available as a beta product, a full public launch for N26 – backed by some of the world’s largest investors – is planned for November, with a waiting list of 50,000 subscribers.

N26 CEO and co-founder Valentin Stalf said: “The UK is one of the most digitally advanced countries in the world.

“At N26, we have redesigned banking for the digital age and as a result we’re the fastest growing mobile bank in all European markets we operate in.

“Backed by our state-of-the-art technology stack and an intuitive, user-centric design, today’s launch is the first step towards delivering the best digital banking experience possible for UK customers.”

Launched in 2015 after being founded two years earlier by long-time friends Valentin Stalf and Maximilian Tayenthal, N26 took nine months to accelerate from 500,000 to one million users – and anther four months to reach more than 1.5 million.

Together, its users generate more than €1bn (£886m) in monthly transaction volume.

It says more than 5,000 new customers sign up every day and the software has been rated as the best mobile banking app in Europe through customer reviews in both Apple’s App Store and the Google Play Store.

With a strong European base, N26 now has global growth in its sights – saying it aims to solve the universal banking challenges related to expensive banking products and poor usability.

The company, which has held a European banking licence for two years, employs more than 500 people across 46 nationalities and three locations, and will launch in the US in the first half of next year.

To date, it has raised more than $215m (£166m) from investors including Tencent, Allianz X, Valar Ventures and Earlybird Ventures.

N26 claims to be “redesigning banking for the 21st century”, having combined technology and design in its smartphone app.

Following a paperless sign-up that takes a few minutes, users have their purchases automatically categorised and can organise their money in sub-accounts to easily set financial goals.

Daily payment and withdrawal limits can be changed in real-time – while an overdraft facility, “Black and Metal” membership packages and mobile payment solutions will be rolled out in the UK following the beta launch.

N26 says that, without IT legacy or the expense of running physical branches, it can offer customers a “cost-efficient alternative to the traditional banks”.