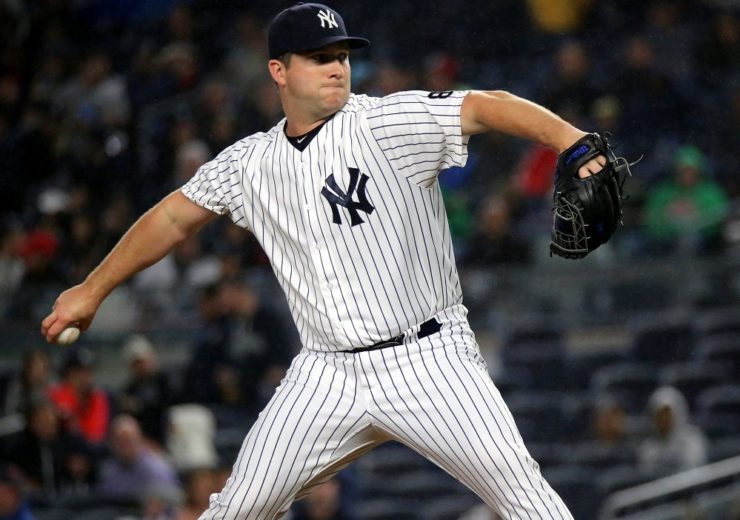 US business communications firm Mitel has installed its technology in all 30 MLB ballparks – and has now fitted out the London Stadium ahead of the New York Yankees v Boston Red Sox series this weekend. CEO Rich McBee explains to Dan Robinson how the tech has improved the fan experience in baseball

In sport, communication is everything, no more so than in baseball.

When a pitcher is in need of changing, a head coach needs to order replacements by rapidly making contact with his players in the bullpen, while delivering instructions and making tactical tweaks.

With the stakes so high in a Major League Baseball (MLB) game, the last thing they need is to run into tech trouble – which is where Mitel comes in.

In a big shift for the sport last year, the league tasked the US business communications company all 30 of its ballparks should be fitted with the same comms equipment for dugout-bullpen dialogue, analysing instant replays in remote video review rooms and delivering updates to press boxes.

For a sport in which games last about three hours on average, it’s also helped to speed up matches by preventing delays – some real but often strategic – blamed rightly or wrongly on technology.

Mitel CEO Rich McBee, whose company has fitted out the London Stadium with the same systems ahead of the first ever MLB series to take place in the UK this weekend, says: “What’s unique about this is what we’re not just serving the clubs and their operations, but we’re actually in every game.

“If you can imagine teams are going to 30 different ballparks with 30 different types of phone for making these big calls, it’s just a constant headache.

“So this new technology allows the coaches to focus on what they do best, which is to try win the game.”

How Mitel’s technology works in the MLB dugout

Mitel’s previous work has been with individual clubs – including contracts with English Premier League sides Liverpool and Tottenham Hotspur in football – by providing enhanced communications infrastructure for match day staff and offering more personalised services for fans when contacting the club, for example.

But the MLB partnership is its first project with an entire league, and is the first time it is actively involved in the game, rather than just in the wider operation.

Its new systems went live for the opening day of last season on 29 March after the MLB mandated that the dugout, ballpark and instant replays were centralised rather than being run by teams.

Head coaches will often make a decision from the dugout to replace his team’s pitcher due to tiredness, a poor performance or tactical reasons – such as bringing on a left-hander to pitch against a batter who struggles with this style.

To order a change or discuss rotating players, he will speak to his pitching coach – usually based in the bullpen, an area away from the dugout where pitchers warm up before entering the game – using a fixed phone.

Rich says: “The coaches will be having these conversations back and forth, with the head coach saying one of his pitchers needs to get ready to throw because he’s coming on.

“If they’re changing the line-up or changing a player, they’ll also pick up the phone to let the press box know so it can be co-ordinated. The owner is also listening to all this.

“And if they can’t communicate, it’s a problem.”

Making the phones resilient was a surprisingly important consideration for designers.

“These are professional athletes and some of them have egos,” explains Rich. “Sometimes, they will come into the dugout and hit the phone with a bat if they’ve just been run or caught out, so there’s protective covering to withstand any blows.

“They’re also totally fixed and hardwired in the dugout. It means the game wouldn’t have to be stopped to replace the phone.”

When a batter is run out in baseball, managers have the opportunity to challenge the umpire’s decision – whether it’s because they believed they reached base in time or because of a perceived foul pitch.

An instant replay review, which can also be called by umpires themselves, allows league officials to make a final decision on the initial call.

Mitel’s systems enable the video footage to be sent to a replay command centre based in New York City that has access to every camera angle of every game being played, and umpires are handed headsets to communicate with colleagues based there.

“We’re that link again,” says Rich. “For some of the most controversial calls in baseball, we’re a big part.

“If anything happens to the communications and it’s not smooth, then it’s bad for the game.

“There’s live TVs for fans in the stands to watch the replay too. People take it for granted that all this stuff just works but a lot of work goes into it.”

Impact Mitel technology has had on the MLB

Before the new technology rules came into force, Rich says the inconsistent comms kit was often used as an excuse by coaches to delay games, which ultimately affected the fan experience.

Unlike sports like football, rugby or basketball, there’s no limit to the duration of a baseball game as extra innings can take place if scores are tied at the end of the initial nine innings.

In 2017, the final season before the regulation change, the average game rose by almost four-and-a-half minutes to a record three hours, five minutes and 11 seconds – indicating something needed to change.

He adds: “Every time a team went to a different bullpen, they had a different experience with the phones.

“Sometimes it didn’t work as well or was confusing, so the speed of the game

“There were strategies for delaying games if some players needed a rest, a pitcher who wasn’t ready needed to warm up or they needed to pull someone out who was struggling.

“The coaches were saying they couldn’t make contact and blaming the equipment – the MLB didn’t really know if it worked or not, and whether or not they actually called the bullpen.

“There’s a lot of nuances to the game so these were major touchpoints as it made the game last longer.

“So to keep it moving, the MLB took over those phones and it’s made the game one consistent experience, no matter which ballpark you go to or which dugout you’re sitting in.

“Now, there’s zero questions about the technology and I think the game is better for it.”

Rich admits he no longer enjoys baseball games the same way he used to because he gets nervous about everything going smoothly.

In the early days, there were some issues with user experience as coaches didn’t always know which buttons to press on the phone, but now Rich says “there’s no way you can’t tell when you’re calling the bullpen, press box or the instant replay review room”.

Fitting out ballparks designed for baseball has been relatively straightforward but it’s a whole different ball game, so to speak, at the London Stadium.

For the first time, an MLB series is being staged in Europe and the arena built to host the London 2012 Olympics – since transformed into a football stadium as the home of West Ham United – will be the setting when the New York Yankees take on the Boston Red Sox on Saturday and Sunday (29 and 30 June).

Rich says this has posed significant technical challenges for his team of engineers.

“One of the things we’ve had to work out is how to put this capability into stadium that wasn’t built to have the capability, as well as the time we had to deploy it in about three weeks.

“We did lots of pre-planning but you don’t truly know what it looks like in terms of distances until you’re actually there.

“It has to be bullet-proof so we flew our people over to make sure it’s absolutely perfect.

“These aren’t exhibition games – they count and both teams are in the hunt for their division.”